Legionnaires’ disease update: Are you at risk?

NC Department of Health and Human Services is warning people who attended the NC mountain state fair after one death and multiple cases reported. 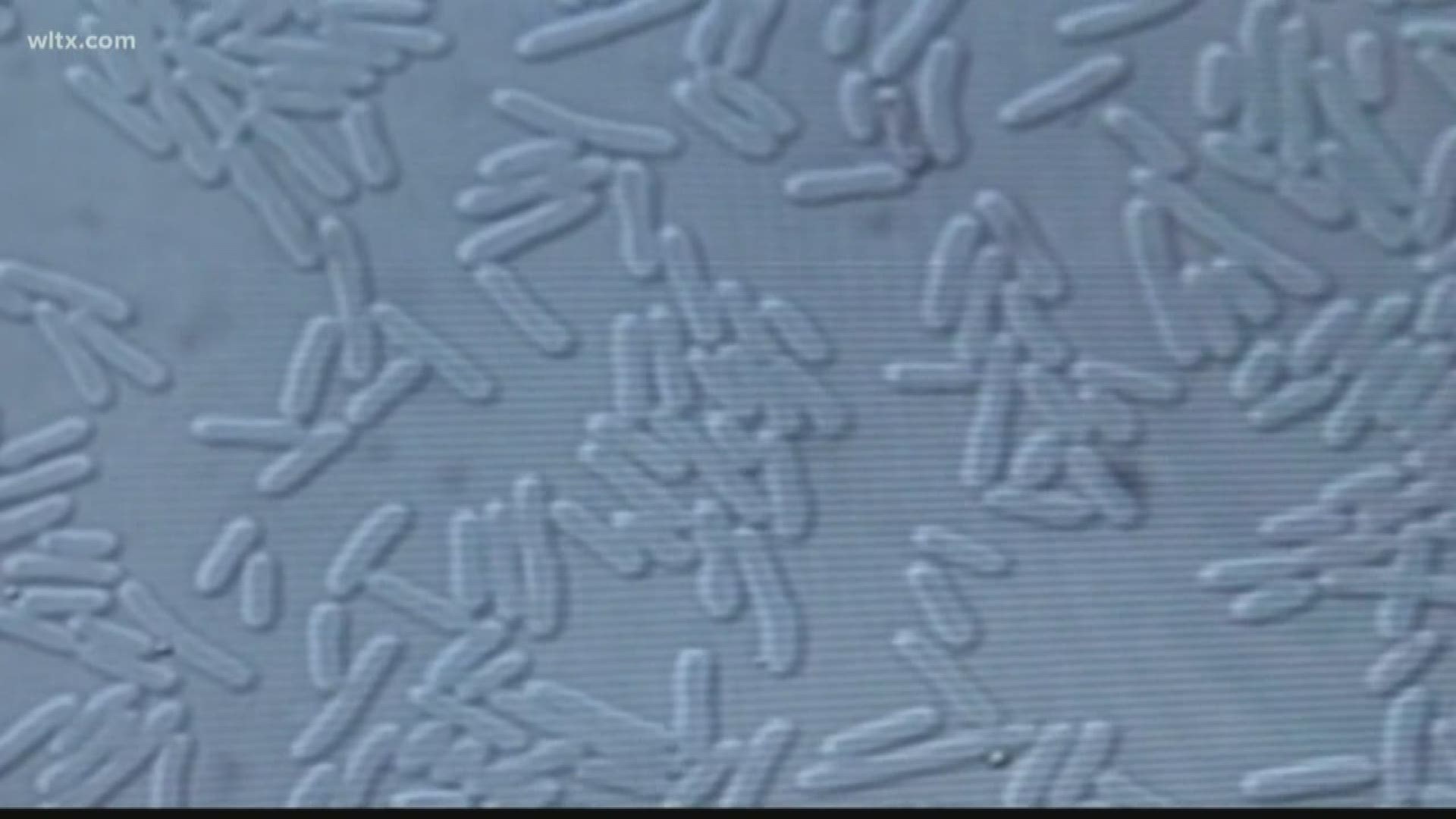 COLUMBIA, S.C. — Health officials are not sure exactly how people contracted legionnaires’ however they are urging anyone who attended the World fair earlier this month in Asheville and is feeling sick to see a doctor. This comes on the heels of an outbreak in Georgia. The Sheraton in Atlanta temporarily shut down this past summer after several guests picked up the disease.

Legionnaires' is a severe form of pneumonia or lung inflammation that credits its name to American Legion members who contracted the diseases and became sick at a Philadelphia hotel when celebrating the nation's bicentennial in the summer of 1976. Legionnaires' disease primarily affects the lungs. However, it can cause infections in wounds and other parts of the body, including the heart.

The bacterium Legionella pneumophila is responsible for most cases of Legionnaires' disease. This bacterium is found naturally in freshwater environments including lakes and streams. It can become a health concern when it grows and spreads in human made or artificial water systems like shower heads and sink faucets, hot water tanks and heaters, hot tubs, fountains, showers, water taps, gardening sprinklers, spas, humidifiers, and large plumbing systems. Hotels, hospitals, and large buildings can provide the ideal environment, if they have an air-conditioning system that uses water for cooling.

The legionella bacterium also causes Pontiac fever, a milder illness resembling the flu. Pontiac fever usually clears on its own, but untreated Legionnaires' disease can be fatal.

It can happen but is rare to catch the disease from another person. Instead, most people get legionnaires' disease from inhaling the bacteria through small droplets of water. It is less common for people to get sick by aspiration of drinking water containing Legionella. This happens when water accidentally goes into the lungs while drinking. People at increased risk of aspiration include those with swallowing difficulties.

Besides by breathing in water droplets or drinking contaminated water, the infection can be transmitted in other ways, including soil. The Mayo Clinic says a few people have contracted Legionnaires' disease after working in a garden or using contaminated potting soil.

Who is at risk for Legionnaires’?

Most healthy people exposed to Legionella do not get sick. Older adults, people with a smoking history and those with weakened immune systems Heavy alcohol intake may also increase the chance of infection.

A report from The Centers for Disease Control and Prevention (CDC) suggests that newborns delivered in a birthing tub, or water birth, could be at risk of Legionnaire's disease. Legionnaires' disease can also be a problem in hospitals and nursing homes, where germs can spread easily, and people are vulnerable to infection.

What are the symptoms of Legionnaires?

Legionnaires' disease may be hard to diagnose at first, because its signs and symptoms may be very similar to other forms of lung infection that include a cough, shortness of breath, fever, muscle aches and headaches.

Legionnaires’ disease can also be associated with other symptoms such as diarrhea, nausea, and confusion. Symptoms usually begin two to 10 days after being exposed to the bacteria, but it can take longer so people should watch for symptoms for about 2 weeks after exposure.

How is Legionnaires’ treated?

A healthcare provider will consider the signs and symptoms and ask whether the patient has recently spent time in a large building, such as a hotel or hospital. Tests that can help to detect Legionella bacteria include a urine test to detect antigens, the special proteins produced by the immune system to fight the Legionella bacteria, blood tests and imaging scans to check the state of the kidneys and lungs.

Legionnaire's disease mostly appears as single, isolated cases, not linked to any recognized outbreak. However, at least twenty outbreaks occur each year. Health departments reported almost 7,500 cases of Legionnaires' disease in the United States in 2017. But because Legionnaires' disease is likely under diagnosed, this number may underestimate the true incidence. More illness is usually found in the summer and early fall, but it can happen any time of year.

Legionnaires’ disease requires treatment with antibiotics (medicines that kill bacteria in the body), and most cases of this illness can be treated successfully.

See your doctor if you think you've been exposed to legionella bacteria. Diagnosing and treating Legionnaires' disease as soon as possible can help shorten the recovery period and prevent serious complications including respiratory and kidney failure and death.

For people at high risk, such as smokers or older adults, prompt treatment is critical.

Can Legionnaires' be prevented?

There are no vaccines that can prevent Legionnaires’ disease. The Centers for Disease Control and Prevention (CDC) state that most cases that occur could be prevented through better water management.