Palmetto state above the national average for new lung cancer cases, and it includes non-smokers

Most people think of smoking when they think of lung cancer, but non- smokers may also want to know their risk. 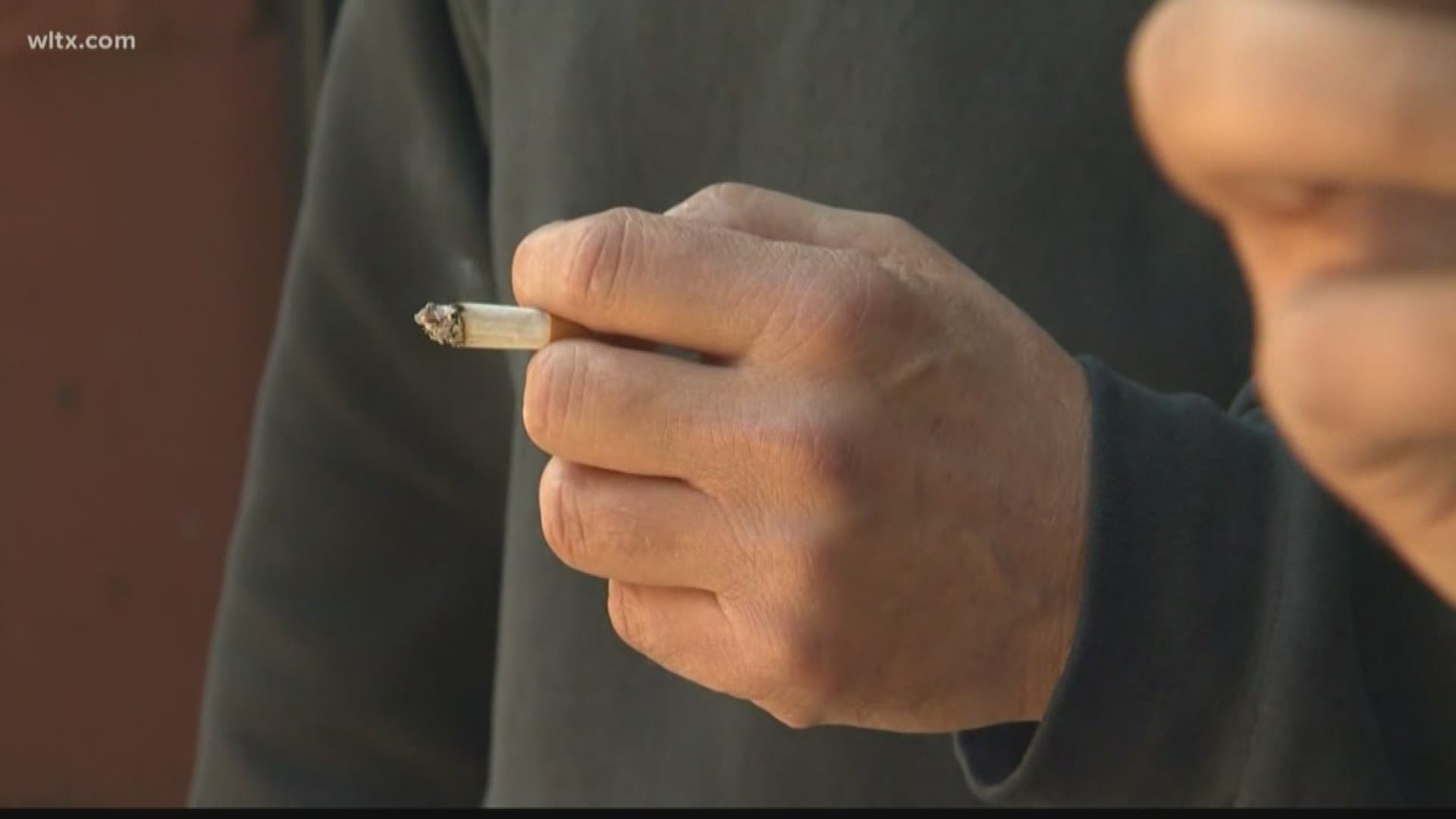 COLUMBIA, S.C. — More Americans die from lung cancer than any other type of cancer, according to Centers for Disease Control and Prevention, and about every three minutes someone will die.   Generally speaking, the more tobacco smokers in a state, the more lung cancer cases.

Where does South Carolina Stand?

The American Lung Association’s latest report tells us, the rate of new cases of lung cancer is significantly higher than the national average. South Carolina ranks 36 among all of the states.

Their “State of Lung Cancer" report explores how lung cancer varies by state. It does this by analyzing key lung cancer indicators including incidence, survival, stage at diagnosis, surgical treatment, lack of treatment and screening rates.

South Carolina ranks 36 among all the states. On top of this, the Palmetto state has one of the lowest lung cancer survival rates.  Lung specialists know smoking all forms of tobacco (such as pipes or cigars) is the number one cause of lung cancer and quitting at any age can lower the risk of getting sick.

How are nonsmokers getting lung cancer?

Cancer is a disease in which cells in the body grow out of control. When cancer starts in the lungs, it is called lung cancer. Lung cancer happens because cells in the lung mutate or change. Most often those changes happen from breathing in harmful chemicals in the air.

Cancer researchers are learning more about the disease. They tell us, the top non smoking cause is radon a gas that comes from rocks and dirt. It can get trapped inside buildings and home. Other risk factors include family history, exposure to second hand smoke, asbestos, radiation, air pollution and chemicals at work.

Historically more men smoke than women, but the gender gap is narrowing and the rate of new lung cancer cases in women is up over 80 percent. Even a nonsmoking woman is at greater risk from second hand smoke if she is partnered with a smoker.

What are the symptoms of lung cancer?

Different people have different symptoms for lung cancer. Most people with lung cancer don’t have symptoms until the cancer is advanced, lowering the chances of survival. Some possible more common symptoms may include;

However, some people may notice symptoms, which they may think are related to a less serious, acute illness.  Other changes that can sometimes occur with lung cancer may include;

How can you improve your odds of beating lung cancer?

Like most cancers early detection is key.  Make sure you are getting your home tested for Radon, the gas that can cause lung cancer. You can buy test kits at home improvement stores, hardware stores, or online.

If you are a smoker, the best thing you can do is quit. Or encourage a loved one to quit.  Reach out to a health provider about a safe quitting strategy.

Like most cancers early detection is key.  A lung cancer screening is also suggested if you believe you are at any risk.  If a doctor identifies a suspicious lesion on a lung cancer screening, or a person is experiencing symptoms that could indicate lung cancer, several diagnostic tests are available to confirm the next steps.

If you want to pick a date, today is the Great American Smoke Out. You can thousands of Americans in quitting smoking and taking a step toward a healthier life.