"All of us want to go back to normal life. It's just not time yet," she said of COVID precautions, social distancing and mask-wearing that she fully supports. 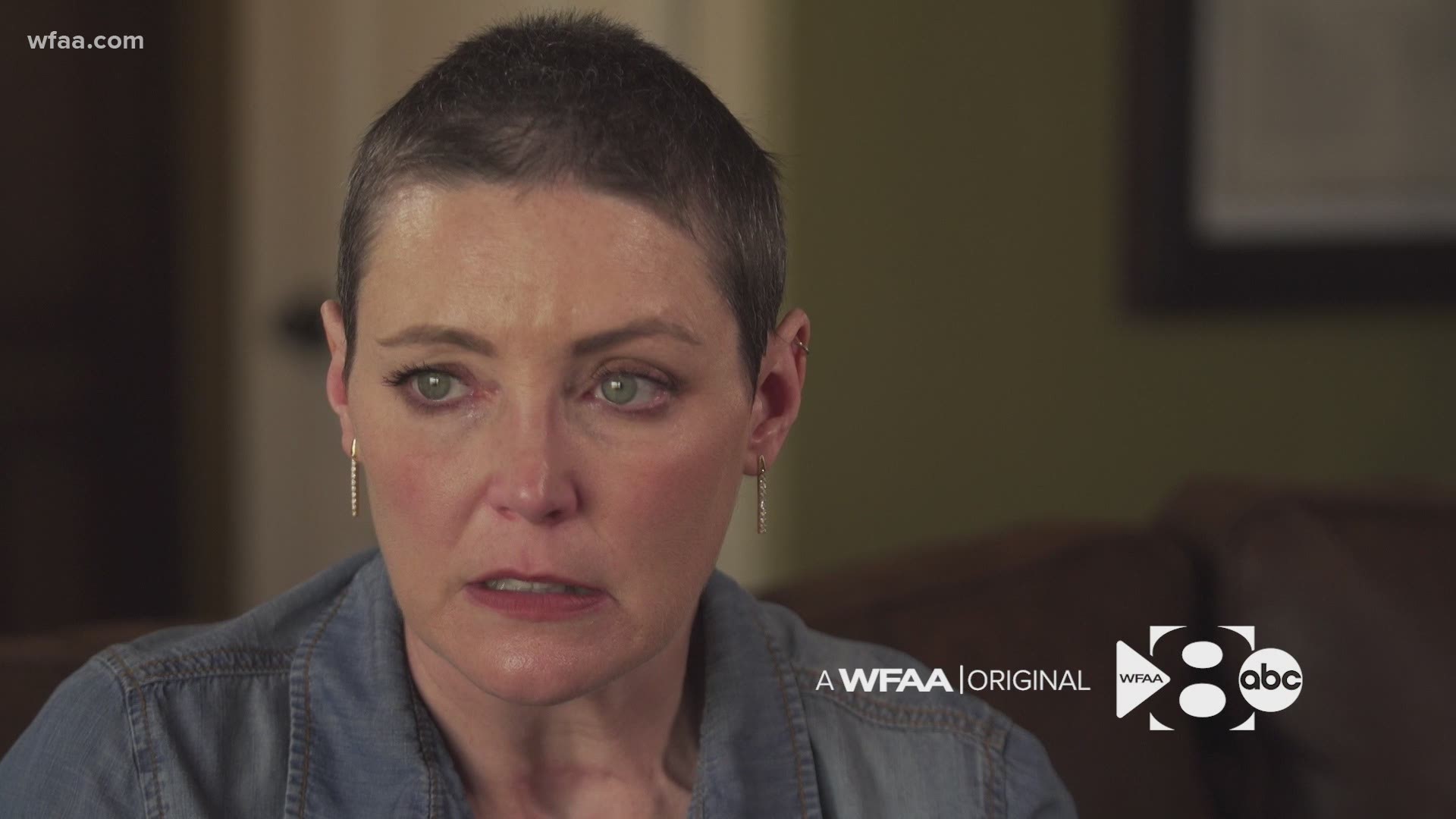 MANSFIELD, Texas — Perspective, in the midst of a pandemic, can be a powerful thing. Especially if that perspective comes from a four-time cancer survivor.

Lindsey Van Dyke is weathering this pandemic like the rest of us and urging continued patience as the dangers and precautions continue.

When we first interviewed Van Dyke at her home in Mansfield months before the pandemic began, it was because she's an expert.

"I'm doing better than I would have expected," she said in February.

An expert, unfortunately, in fighting cancer.

"I was 11," she said of the first diagnosis of a cancerous tumor in one of her kidneys.

"It had gotten to stage four by the time we figured it out."

So, at the age of 11, surgery, chemo, radiation, all that horrible stuff.

"I think it was about 18 months after that, it came back."

So, chemo, radiation, and all that horrible stuff again.

"And I was good until my senior year in college."

But, she beat that third round of cancer too. So, who better to write a letter of advice to other cancer fighters.

"November 9th, 1991. Dear Lindsey," she wrote in a letter to her younger self. "Yes, you will make it to high school. But before you even get close I need to tell you this cancer we just learned about won't be the last."

"There are many memories that I would very much like to be rid of," she said in that emotional interview back in February. "But as horrible as they were, I am sometimes thankful that some of these things happened."

Because last year, when cancer came back, breast cancer this time at the age of 38, cancer attacked Dr. Lindsey Van Dyke.

"I can also tell you that today the first seed of medicine was sown," she wrote in that letter.

The turning point in her story: it was because of cancer that she changed careers and went to medical school.

And is now a practicing endocrinologist, soon to open her own private practice, helping others in a sometimes similar fight.

Since that interview, she has celebrated the end of her most recent cancer treatments. Additional surgeries are still ahead. And, like the rest of us, has been carefully navigating the threat of COVID-19 as well.

But a four-time cancer survivor has learned, out of necessity, to practice devout patience.

"Whether you're a patient or you're a doctor or you're anywhere in between, none of us want this to keep going on," she said in a recent follow-up interview. "All of us want to go back to normal life. It's just not time yet," she said of COVID precautions, social distancing and mask-wearing that she fully supports.

But it is time to take a lesson or two from Dr. Lindsey Van Dyke.

"I am an example that good comes out of terrible, terrible things," she said.

Because back in that letter, she also wrote this:

“Despite the anxiety about surprises, know that that cancer will occasionally pleasantly surprise you.”

Because the doctors she met, the friends she made, led her to a chance date with a Texas attorney….who is now her husband.

"Who just happens to be the most extraordinary man for so many reasons," she wrote. "So I guess it turns out that sometimes cancer gives back."

"As horrifying and awful as getting a cancer diagnosis and going through treatment can be, it comes with grace," she said. "The value is what you take out of it and what you use the experience for."

A message may be for everyone as life and death tests some of us. And as a pandemic continues to test us all.