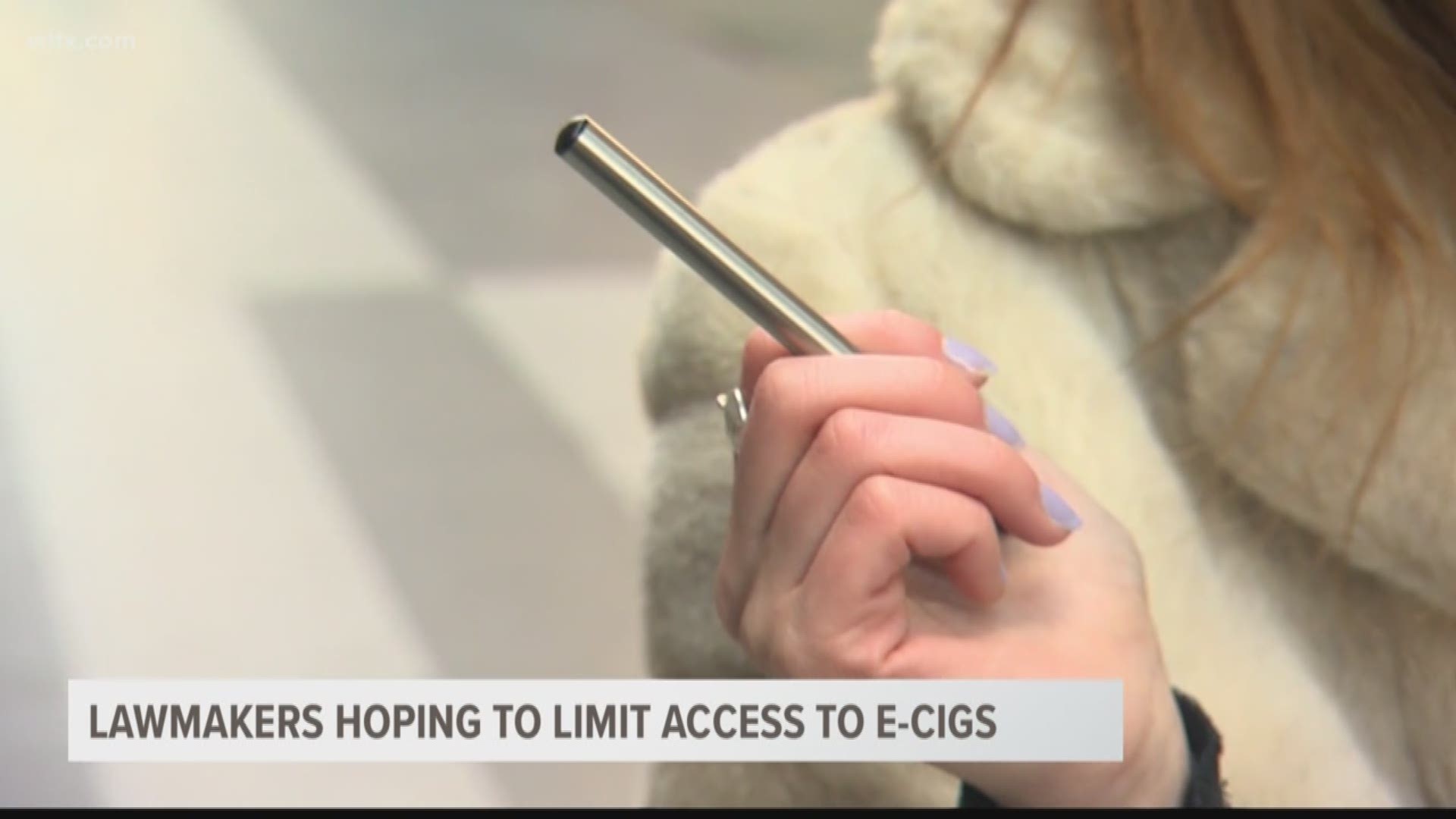 Several South Carolina elected officials are trying to curb access and use of electronic cigarettes.

The United States Surgeon General, Vice Admiral Jerome Adams, said the use of electronic cigarettes, like the widely popular JUUL, is an epidemic among young people.

His December advisory said 1 in 5 high schoolers and 1 in 20 middle schoolers use electronic cigarettes. Combined, the advisory says 3.6 million young people in the United States use e-cigarettes.

“It's really marketed with these flavors to attract teenagers and it's also marketed that it's safer than a cigarette, and it's not,” Bernstein said in her downtown legal office on Thursday.

Bernstein cited the health risks involved in using e-cigarettes, which she feels are under-reported to young people.

In his report, the Surgeon General said e-cigarettes usually have addictive nicotine, which can impact memory, attention, and learning in adolescents.

Also, a JUUL cartridge has as much nicotine as a 20-pack of cigarettes, according to the same advisory.

The advisory goes on to warn about the aerosols used in these products can put harmful substances deep into the lungs, like ‘heavy metals, volatile organic compounds, and ultrafine particles.’

“I mean there's a reason why we have incidences of lung cancer attributed to these nicotine bad habits. And I'd like to curb that for our youth, those under 18,” Bernstein added.

Bernstein and Republican Representative Kirkman Finlay pre-filed four bills for next year's session that would put limits on e-cigarettes that use nicotine and other substances.

The bills would ban minors from entering stores that primarily sell tobacco items, make it harder for minors to order e-cigarette materials online and have them delivered, and completely ban all tobacco and alternative products from public schools.

Proposed House Bill 3419 would widen the definition of ‘alternative nicotine product’ to include electronic cigarettes that consist of other substances, besides nicotine. Bernstein said it’s an effort to catch minors using e-cigarettes for flavored cartridges or, in some cases, marijuana.

“Representative Finlay and I both have teenage daughters and it is troubling to us to see the addictive nature of these products and how really it is marketed to the pre-teenager and teenager,” Bernstein said.

Bernstein said she first became aware of the issue when her 14-year-old daughter’s pediatrician warned her during a regular doctor's visit to keep an eye out for JUUL-type products.

After some research, Bernstein told WLTX it was time to act.

“I would highly recommend that we engage, as parents, with our children these types of conversations and making sure their children understand these are really products that are dangerous and really should not be used,” Bernstein said in her office.

The four bills are pre-filed for the next session, which begins on January 8, 2019.

H.3420 and H.3421 would ban minors from primarily tobacco-selling stores and would heighten difficulty in ordering products online with age verification and an adult’s signature upon delivery.

H.3422 would extend the current ban of tobacco products on public school grounds to include private offices and teachers’ lounges, along with enforcing the ban across the entire state.

More than half of South Carolina’s public-school districts already have a 100 percent tobacco free policy, according to the S.C. Department of Health and Environmental Control. 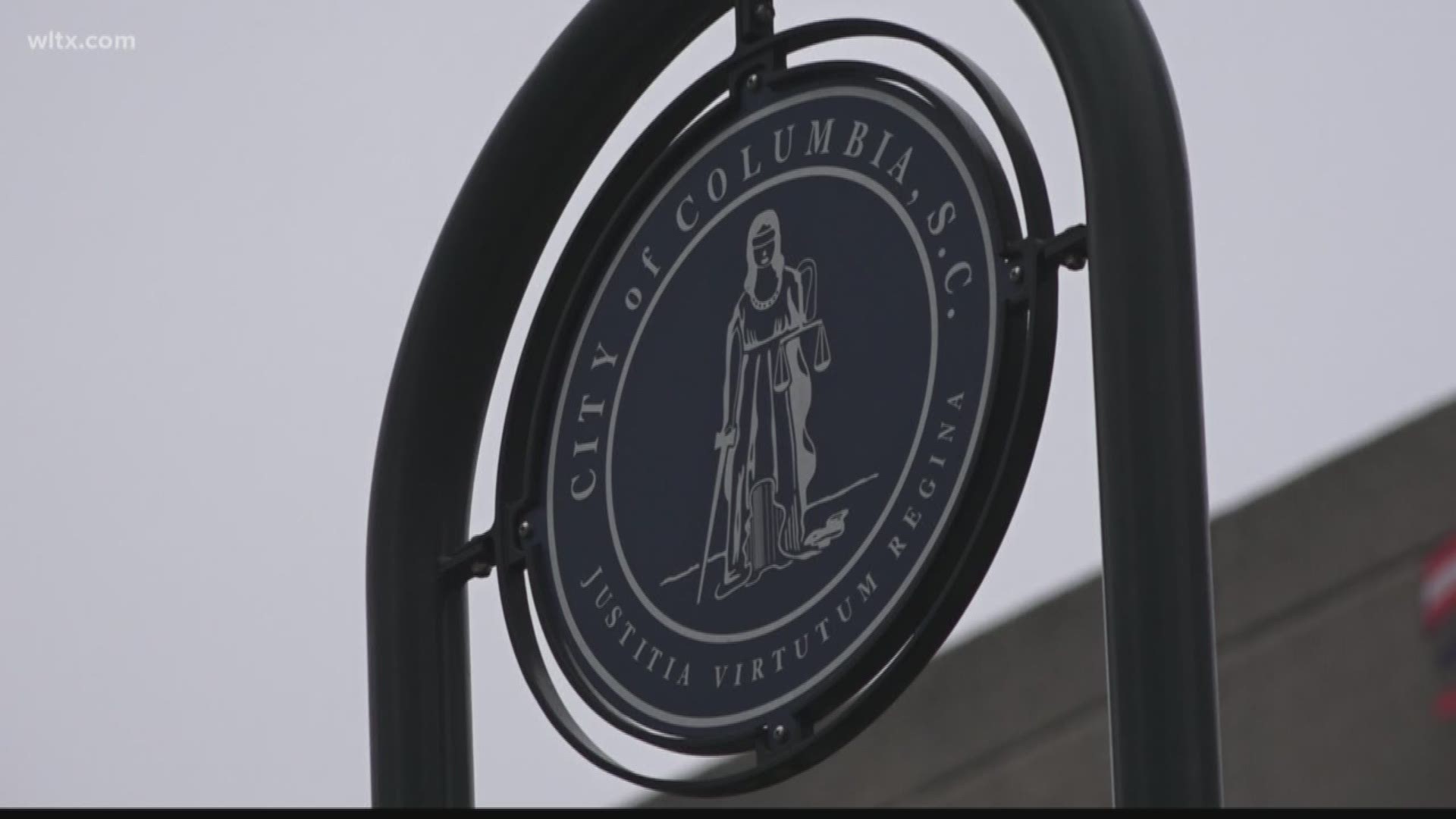 On a local level, some Columbia city council members are considering adding e-cigarettes to an existing public smoking ban.

The current ordinance, in place since the mid-2000s, bans regular cigarette smoking in all of Columbia's public places.

Duvall said it's time for another look.

“The aim of it was to protect not only the customers going in, but the workers in these establishments that were continuously exposed to second hand smoke. So, second hand smoke has already been proven to be a very dangerous, toxic substance. And with the new vaping ability to puff that any time you want to, we need to update our ordinance,” Duvall said on Thursday night.

Duvall's proposed ordinance change would also widen the definition of what's considered public space, including public events sponsored by the city in some way.

He hopes the motion is up for discussion in February with the rest of the Council.

You can read more about the Surgeon General’s warning and what to look for if you think your child is using an e-cigarette here.