She thought she had popcorn in her eye. It was a rare disease

A trip to the movies and a grain of popcorn resulted in a life-saving diagnosis. 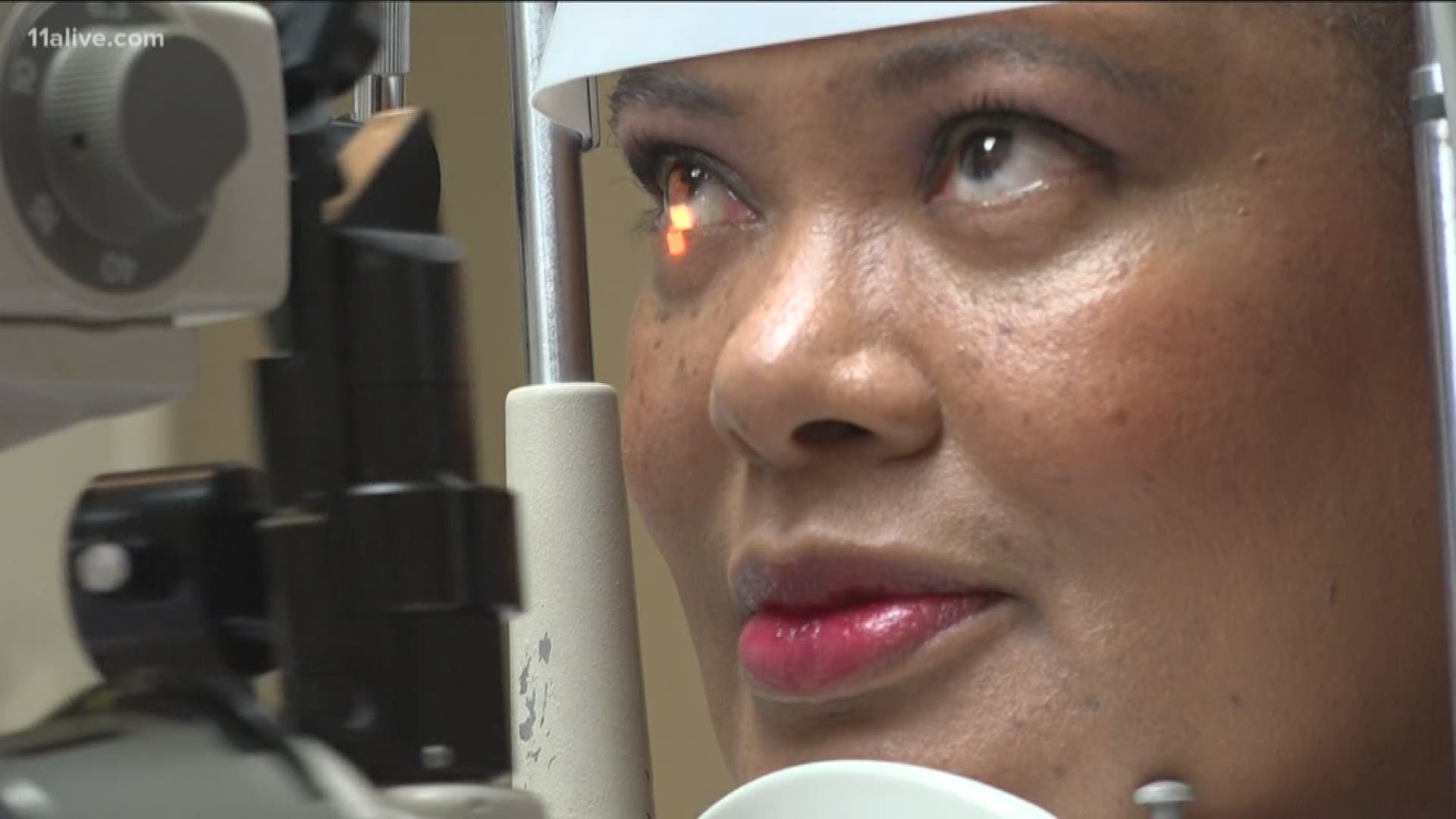 ATLANTA – An Atlanta woman celebrating date night with her husband thought she irritated her eye after eating salted popcorn. A week later, she realized something was seriously wrong.

Caiphia Morrow said her eye started drooping during the movie, which she figured must have been a piece of popcorn salt.

“Halfway through the movie, my eye started getting irritated,” Morrow said. “I played with my eye a little bit – I thought I had popcorn salt in it. I went to the bathroom and saw my eye had dropped.”

Morrow said she washed her eye out when she got home and started to feel better. A week later, she went back to the movies – but said no to the popcorn.

“Halfway through the movie, my left eye started drooping,” Morrow said. “This time, I took pictures.”

1 / 5
Caiphia Morrow thought she got a piece of popcorn salt in her eye after a date night with her husband at the movies. Turns out, it was due to a rare disease discovered by her optometrist, Dr. Mehrdad Saadat.

Morrow went to her optometrist, who determined there wasn’t anything wrong with her eye – but there seemed to be some other health problem going on.

“There are a number of things you can see inside the eye that tell a story of what’s happening inside the body,” said Dr. Mehrdad Saadat. “The eye really is the window to the soul.”

Dr. Saadat ordered testing on different parts of her body, something he said is common in his practice.

“What a big name … I immediately researched it and what I found on the internet was grim,” Morrow said. “It’s rare. It’s called a snowflake autoimmune disorder because the symptoms display differently in each individual.”

Unfortunately, that was just the beginning. Doctors discovered a large tumor that was pressing on her chest. After surgery, she had to be placed on a ventilator and was in the ICU for weeks.

And learn, she did.

The disease is so rare, Dr. Saadat said it usually takes years to diagnose. But thanks to her visit to the doctor and his quick thinking, Morrow had answers in weeks and was able to act quickly.

Morrow said if she could give people any advice, it would be to listen to their gut and get checked out by a doctor – even if you think it’s just a grain of popcorn salt.

“I thank Dr. Saadat every time I see him,” Morrow said. “If it wasn’t for his diagnosis, I may not be here.”