South Carolina is ranked in the top 15 states across the county with the most people living with sickle cell disease. 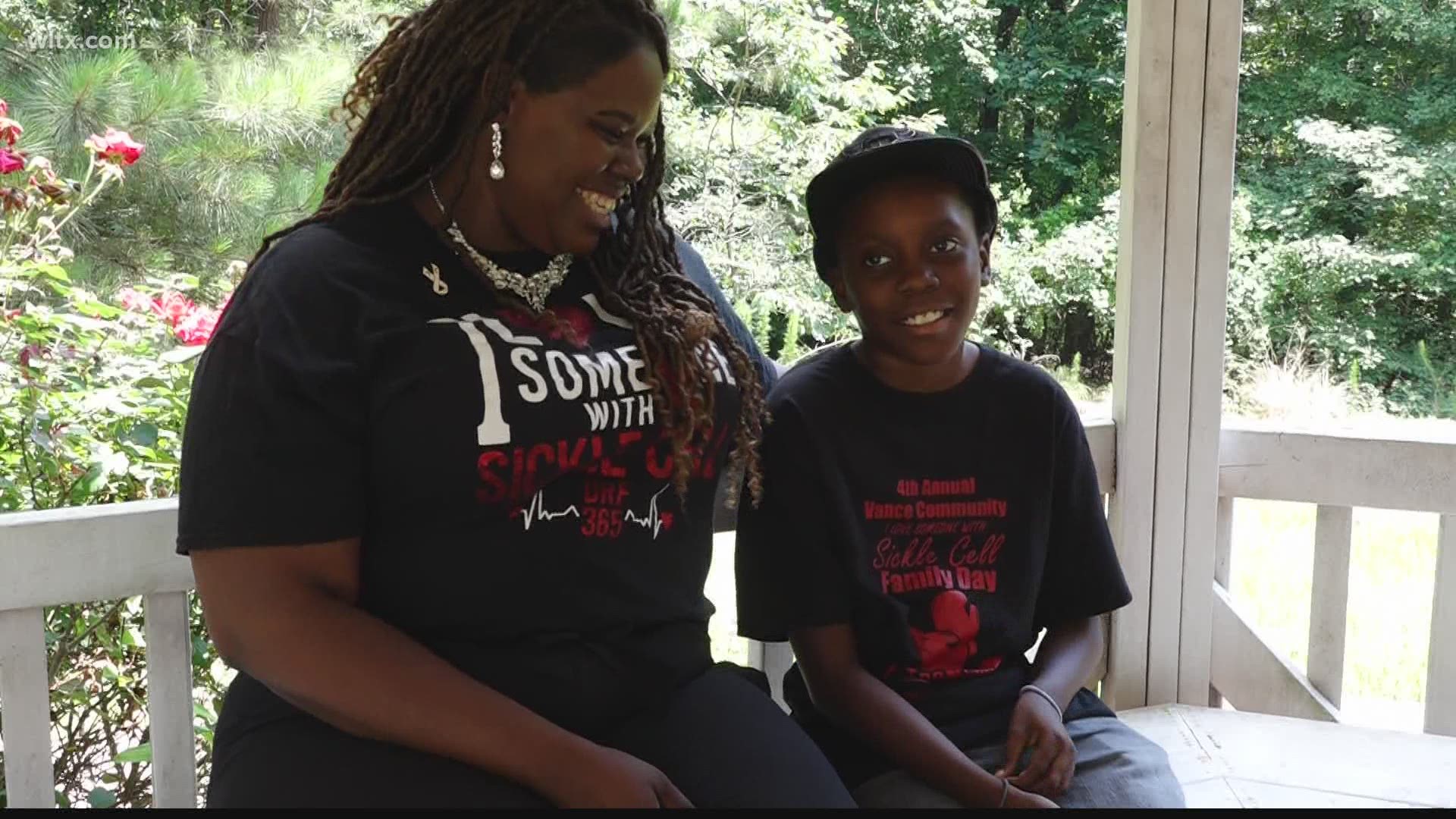 COLUMBIA, S.C. — June 19th is Sickle Cell Disease Awareness Day. By recognizing the day, sufferers and medical experts hope to increase public knowledge and understanding of the disease and the challenges experienced by patients and their families and caregivers.

Sickle cell disease is a blood disorder, where the red blood cells become hard and sticky, forming a C-shape. When travelling through blood vessels, they get stuck and clog the blood flow.

"A normal kid who is going to school ... we have to be extra precautious. We have to make sure in the morning he gets enough water going in and gets all his medicine," Jamison says. "We have to be careful when it comes to little boy things, like going out, and making sure he doesn't get over exerted."

Dreylan says the pain feels like he's been punched. "Days when I can't go to school or play, I am stuck in the bed," he says. "Some days, if its hurting really bad, I can't walk either. It makes me feel sad."

According to Prisma Health, 600 patients across the Midlands are currently being treated for the condition. South Carolina is ranked in the top 15 states across the county with the most people living with sickle cell disease.

Nurse Katie Lethco says sufferers can experience, severe pain, fever, swelling and even stroke. "It's very dangerous. Any fever over 101, we recommend they go to the ER because it could be a life threatening infection," Lethco says.

What does it mean to be a #sicklecellwarrior? Tweet your response below👇🏾

"It's life threatening, so if you have any of those emergencies, your hemoglobin can drop drastically and it can be treated with a blood transfusion."

Ms. Jamison says she initially blamed herself. "Times of guilt, where you did something wrong or you caused them to have this disease because it is genetic."

Now Vesha Jamison is a sickle cell advocate, establishing Dre 365, an organization aimed at helping other families and raising awareness of the disease.

Jamison says she wants other families to know, "We are right here with you who are going through the same things. But we want to educate others, as well."

To help those suffering from Sickle Cell Disease you can donate blood at your nearest blood drive.