Columbia University researchers found that not all forms of sitting are equal when it comes to heart health risks. 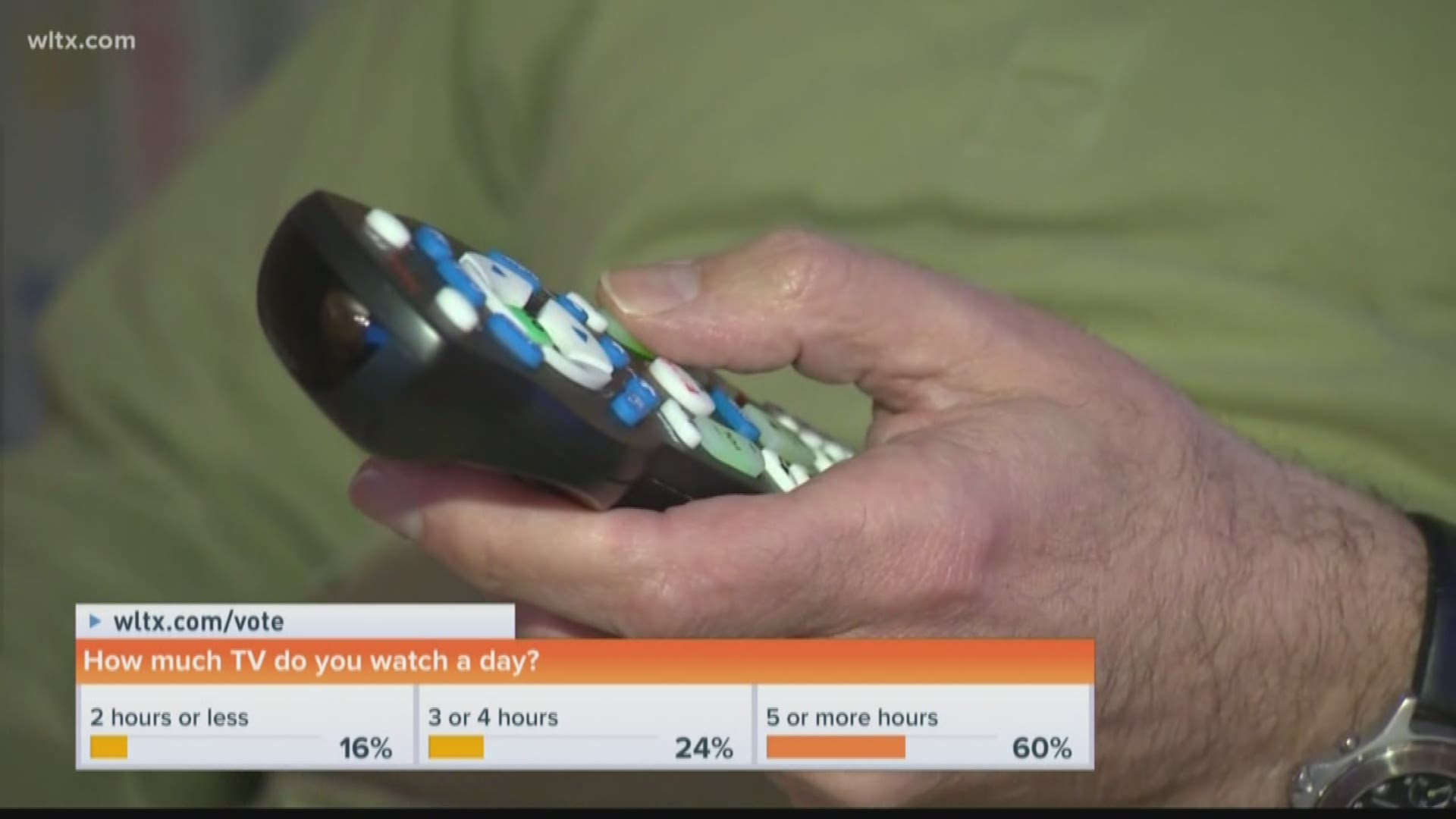 COLUMBIA, S.C. — Sitting at work all day may be better for your heart than binge watching TV.

Columbia University Researchers found that not all forms of sitting are equal when it comes to heart health risk.

However up until this point little is known about different types of sedentary behaviors in relation to overall health.

Previous studies did not follow people over time, making it difficult to draw conclusions about the relationship between sedentary behavior and health risk.

These studies have included mainly people of European descent rather than African Americans, a group that has a higher risk of heart disease compared with whites.

Researchers at Columbia University in New York City set out to learn the differences.

Their goal was to compare the effects of occupational sitting such as office jobs with television watching at home and to see if physical activity had any effect on sitting.

Assistant professor of behavioral medicine at Columbia University Vagelos College of Physicians and Surgeons and a certified exercise physiologist, Keith M. Diaz, PhD and his team followed more than thirty five hundred African Americans who live in Jackson, Mississippi for over 8 years.

The researchers found that the people who watched more than four hours of television every day faced a fifty percent greater risk of heart disease and premature death compared with those who watched less than two hours.

But the same wasn't true for sitting at work.

Study participants with sedentary jobs were at no higher risk for heart disease and death during the study period than those with more active jobs.

One of the lead study authors, Professor Diaz believes these findings show that how you spend your time outside of work may matter more when it comes to heart health. “Even if you have a job that requires you to sit for long periods of time, replacing the time you spend sitting at home with strenuous exercise could reduce your risk of heart disease and death.”

These new findings were published this week in the Journal of the American Heart Association.

The purpose of this study was to compare the association of both television viewing and occupational sitting with cardiovascular disease (CVD)events and all‐cause mortality in blacks.

Even though the researchers are not sure exactly what causes the health risks and say more research is needed, they conclude it has to do with the nature of the sitting habits and time of day.

Snacking may also be an issue and, unfortunately, individuals typically are not snacking on fresh fruits and vegetables, but rather potato chips or other sweet or salty, high-calorie foods.

Study participants who reported spending more time sitting at work were more likely to be female, younger, have a higher body mass index (BMI), higher family income, eat a healthier diet, engage in more moderate physical activity, and less likely to be smokers or drink a lot of alcohol.

The good news, people who enjoy watching TV can still take preventive measures, such as taking a brisk walk or jog, any aerobic activity to offset the health risks from too much TV time.

No increased risk of heart attack, stroke, or death was seen in people who watched TV for four or more hours a day and engaged in 150 minutes or more of exercise a week.

The study suggests that minimizing television viewing may be more effective for reducing cardiovascular disease and mortality risk in blacks compared with reducing occupational sedentary behavior.