Should you use a snake bite kit?

What should you do if a snake bites you? Some experts say anti-venom kits should not be your first choice. 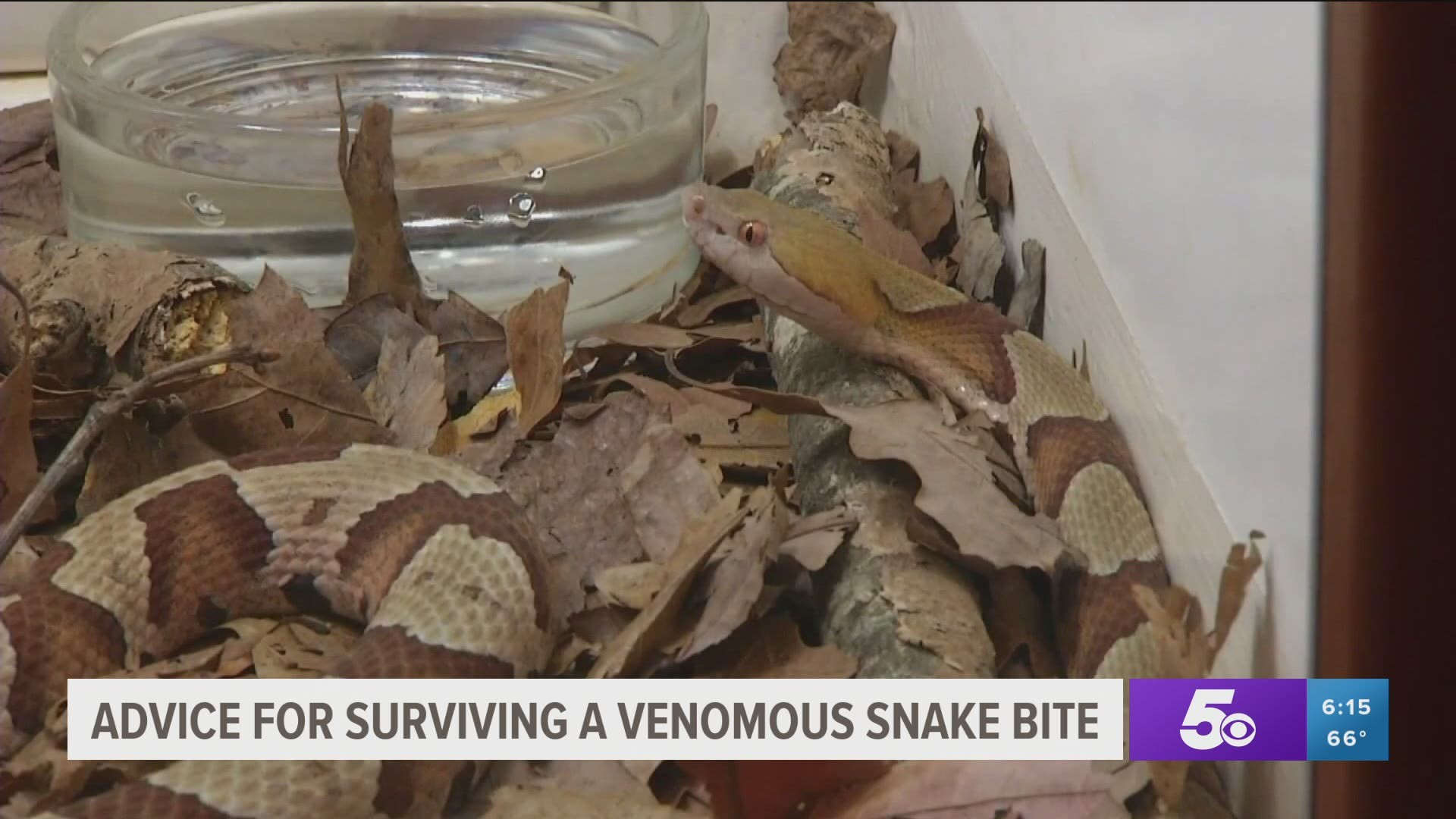 A Greenwood boy was rushed to the hospital after being bit by a copperhead Sunday (May 3) night.

The family says they used a anti-venom kit to help save their son.

5NEWS spoke with local wildlife experts to see if anti-venom kits are a good idea to have on standby.

"Probably the most important item in a first aid kit when it comes to snake bites are car keys or a cellphone to call 911," Trey Reid with Arkansas Game and Fish said.

What should you do if you encounter a venomous snake?

"Number one, get away from the snake. The next thing I would recommend is to remain calm, still, if you're agitated it could speed the movement of venom in the bloodstream," Reid said. "Remove any jewelry or tight clothing that are around the area where the bite occurred. If you can position yourself so that the bite is at or below heart level."

Arkansas is home to 36 species of snakes. Out of the 36, only six are venomous.

The Medical Director for Fort Smith EMS says that anti-venom kits can do more harm than the snake bit itself.

When asked about the Greenwood family, Dr. Johnson told 5NEWS they did all the right things to save their son.