The health department sent a letter, warning there has been a confirmed case of the viral infection 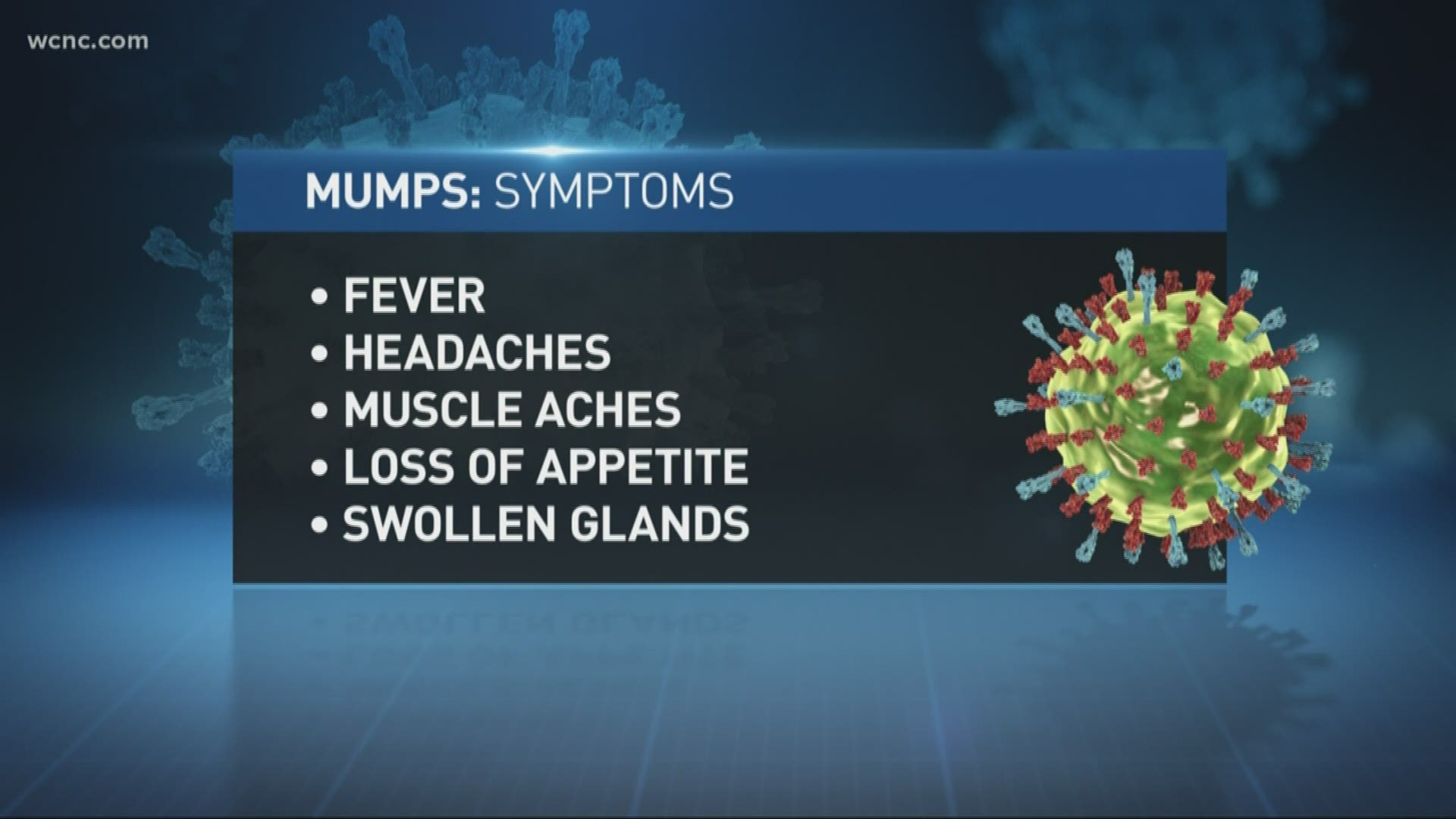 ROCK HILL, S.C. — Anyone on Winthrop University's campus from Sunday to Thursday of last week could have been exposed to the mumps, according to a letter from the South Carolina Department of Health and Environmental Control.

The letter, sent by Dr. Henry G. "Gill" Potter, the Midlands Region Medical Director, said there has been a confirmed case of the viral infection.

The university's website addresses the issue, stating, "The case was quickly identified and isolated."

Winthrop is at least the fifth college in the Carolinas to report a mumps case since the fall.

RELATED: Three colleges in the Carolinas have reported mumps cases

Mumps spreads through saliva or mucus, meaning a contagious person can pass it along by coughing, talking, sneezing, or sharing food and beverage.

Symptoms of the mumps include fever, headache, muscle aches, loss of appetite, and swelling of the salivary glands near the cheek and jaw.

While Winthrop University says it requires students to have the measles-mumps-rubella (MMR) vaccine or face a $50 noncompliance fee, the health department letter says the required two-dose vaccine is about 88% effective.

It recommends anyone with mumps symptoms to go to the doctor and wear a mask while in the waiting room.

Housing Boom: Micro-apartments are popping up in South End