Things to know about flesh-eating diseases

Necrotizing fasciitis, also known as flesh-eating disease, is an uncommon and serious bacterial infection that can progress rapidly and cause death. 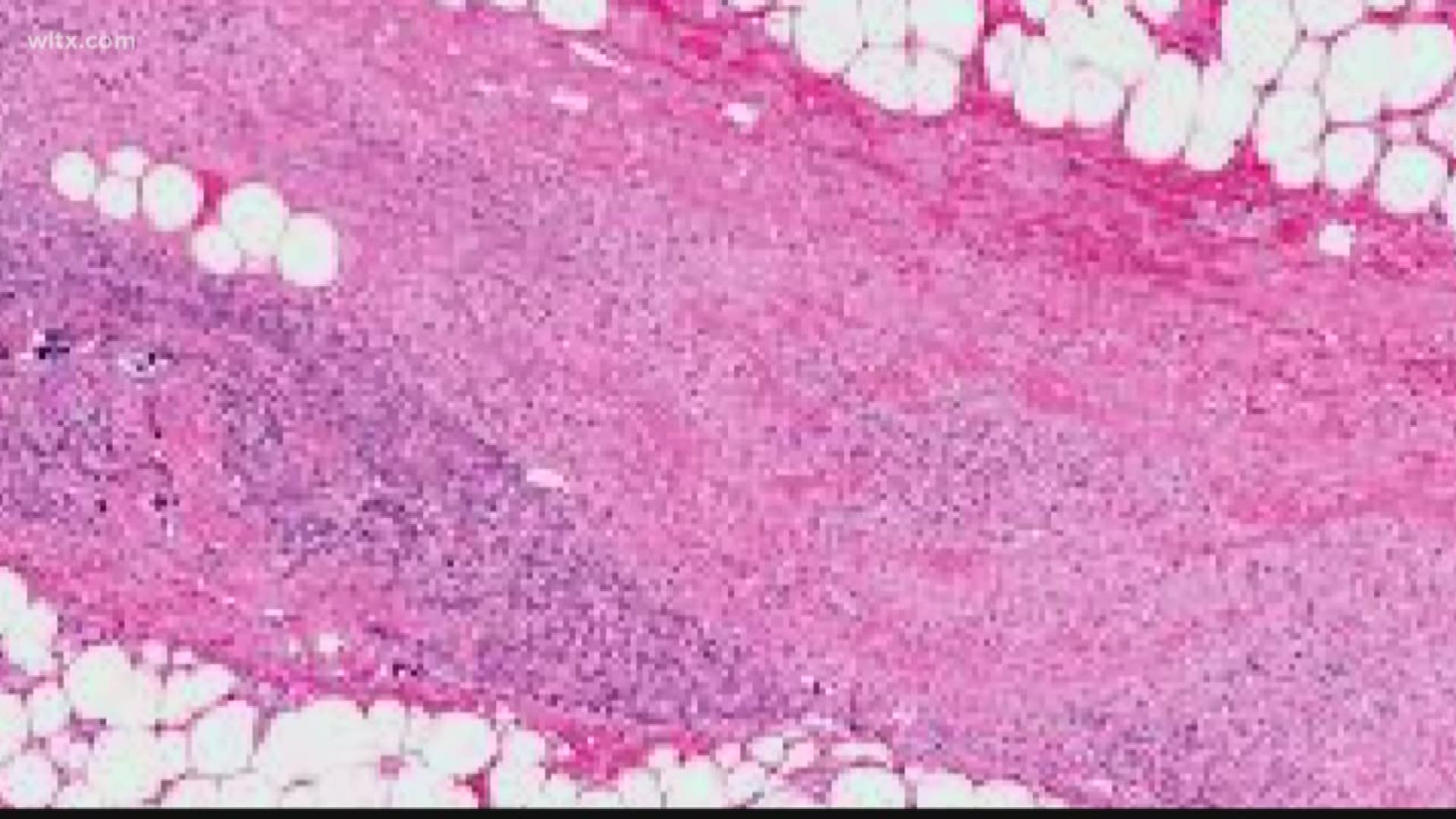 COLUMBIA, S.C. — A lot of creatures in the water are giving people a scare lately, one of them high levels of bacteria.

The term "flesh-eating bacteria" and "flesh-eating disease" refer to several different types of bacteria that can cause necrotizing fasciitis. This is the severe bacterial infection that destroys muscles, skin and underlying tissue.

Even though the infection is caused by a group of bacteria, public health experts believe the most common bacterium associated with necrotizing fasciitis is group A streptococcus. This is the same bacterium that causes "strep throat". It is also responsible for skin infections, as well as rare, severe illnesses, such as toxic shock syndrome.

There are various strains of the bacteria, some of which are more powerful than others. Group A streptococcus can cause severe damage.

However, other bacteria that can cause necrotizing fasciitis include: Aeromonas hydrophila, Clostridium, E.Coli, Klebsiella and Staphylococcus aureus.

One of the first things that you should know is that there are several different ways that you can get infected.

This bacteria can be found anywhere but likes moisture. The infection happens when the bacteria enter the body through a break in the skin, for example  a cut, burns or insect bites.

“It could happen from any insult to the skin even a minor cut," says Dr. Firas F. Mussa, a vascular surgeon with Prisma Health - USC.

While anyone can get the flesh-eating disease, most cases occur randomly.
Those who are particularly at risk are those who have a lowered immune system or lower ability to heal, such as those with kidney disease, diabetes or cancer.

Other people who are at greater risk for necrotizing fasciitis include those who have chronic heart or lung disease, older adults, use steroids, have skin lesions, abuse alcohol or inject drugs, patients with peripheral vascular disease, and those who have recently undergone surgery .

According to the Centers for Disease Control and Prevention (CDC), the infection often spreads very quickly and serious complications like amputation are common. However, it may take 3 to 4 days for symptoms to appear. The skin will become red, hot, and blistered, and there will be intense pain in the infected area.

There are many infections that look like necrotizing fasciitis in the early stages, which can make diagnosis difficult. In addition to looking at the injury or infection, doctors can diagnose necrotizing fasciitis by: taking a tissue sample (biopsy), Looking at blood work for signs of infection and muscle damage, Imaging (CT scan, MRI, ultrasound) of the damaged area.

Necrotizing fasciitis can lead to sepsis, the body’s extreme response to an infection, shock, and organ failure. It can also result in life-long complications from loss of limbs or severe scarring due to surgically removing infected tissue. Even with treatment, up to 1 in 3 people with necrotizing fasciitis die from the infection.

Immediate treatment of the bacteria is needed to prevent death, but it can be prevented.

The CDC says good wound care are the best ways to prevent a bacterial skin infection. Clean all minor cuts and injuries that break the skin (like blisters and scrapes) with soap and water.

If you have an open wound or skin infection, avoid spending time in hot tubs, swimming pools and natural bodies of water like lakes, rivers, oceans.

There are no vaccines to prevent group A- strep infections, including necrotizing fasciitis.

Necrotizing Fasciitis has been making headlines lately, but according to Active Bacterial Core surveillance (ABCs) data, the number of annual group A strep necrotizing fasciitis infections reported to ABCs does not appear to be rising.