Clearing the Air: As vaping concerns rise, so does its use in schools

3 News took a look at vaping statistics in local schools. The numbers exposed a startling trend. 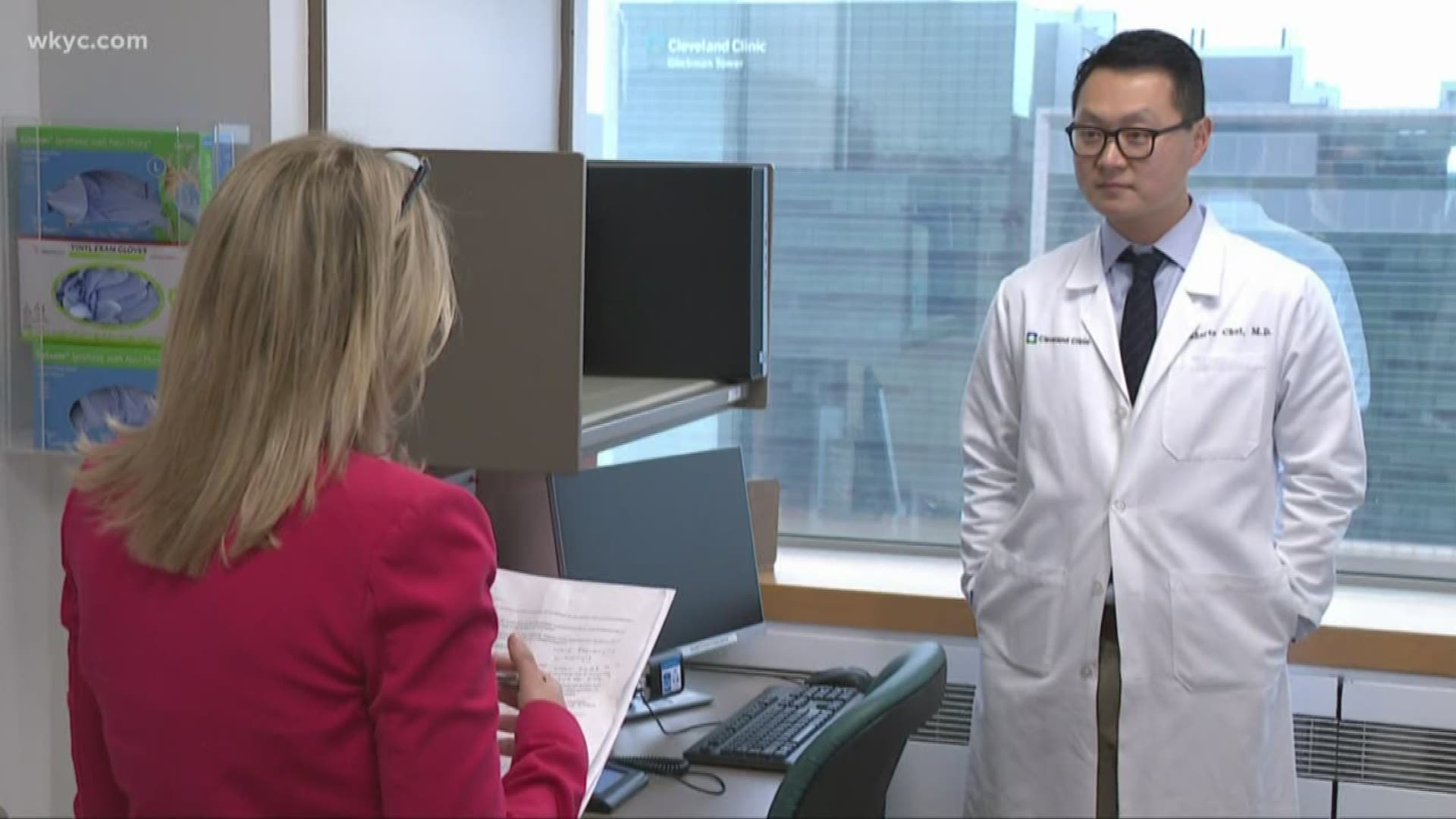 As health officials, lawmakers and parents sound the alarm about vaping dangers, the warnings have taken on new urgency in recent weeks.

Nationally, the CDC has reported 1,800 lung injury cases and 37 deaths linked to vaping.

Here in Ohio, 49 lung injuries have been reported and 44 of those people have been hospitalized.

“They get them hooked on massive quantities of nicotine and then make it seem cool on social media,” said Gov. Mike DeWine.

3 News is tackling the issue in our three-part series called “Clearing The Air.”

Over the next week, 3 News Investigator Rachel Polansky will talk with vaping advocates and opponents, school districts and parents, scientists and researchers.

We’ll reveal how we got here — while explaining what’s next for the vaping industry. But first, we’ll begin with a deep dive into our local school districts, asking students how common vaping is among teens.

“A lot of people call the bathroom 'the Juul room' because that’s where most high schoolers go to go Juul during class or something,” said Kylee Zingale, a seventh grader in Lakewood.

Juul is a popular brand of e-cigarette.

“I heard it makes you feel good, and I’ve been offered it,” said Issac Pedersen, a seventh grader in Bay Village.

“When did that happen?” Polansky asked.

“Last year. I was at a skate park and everyone was Juuling and vaping and they said, 'Hey just try a hit,' and I said, 'No I’m not gonna do it,'” Pedersen said.

So what is happening inside our schools?

Of the 350 districts that cooperated, their numbers exposed a startling trend.

To see the data for your local district, use the interactive map below:

We shared our findings with Dr. Humberto Choi, a pulmonologist at Cleveland Clinic.

“These numbers are definitely concerning and for me, mind-boggling,” said Dr. Choi.

As reports of lung injury linked to vaping continue popping up across the country, Dr. Choi warns that vaping is not a harmless alternative to smoking.

“Often we are pressured to say what is safer between a regular cigarette or vaping. My answer is cigarettes are not safe. Vaping is not safe,” said Dr. Choi.

Nationally, about a quarter of all high school seniors have vaped in the past month. That’s more than double the figure of two years ago. That’s over 3.5 million teens in all who vape.

While no single substance or product has been pinpointed to all of the illnesses, most patients reported vaping THC, the active ingredient in marijuana. And many of the samples analyzed have contained Vitamin E acetate, a dangerous diluting agent.

"People need to understand this is not an e-liquid nicotine issue. This is an illicit illegal black market THC issue,” said James Jarvis, president of the Ohio Vapor Trade Association (OHVTA).

Jarvis owns five vape shops in Ohio and he believes vape products sold in legitimate shops, like his, are safe.

“We need to make a distinction between e-liquid nicotine vaping and illegal black market THC vaping, and I’m confidently here to say if you come to a vape shop, you’re going to get a product registered with the FDA, has the ingredients on the label, and you will get an education on what we aren’t,” Jarvis said.

“Whether its vaping nicotine, vaping THC, or vaping black market vape juice, would you say that vaping is not safe?” Polansky asked Dr. Choi.

“Correct, yes. I don’t think there is one safe way to vape. I’d say the safest thing is not to vape,” said Dr. Choi.

RELATED: Vaping-related illnesses in US still rising, but more slowly

So what's behind the vaping epidemic among youth?

The 3 News Investigators got our hands on the emails that exposed one company's marketing plans to specifically target our young people. That same company went on to become the most popular e-cigarette brand. We'll have that part of the story tomorrow night at 6pm on What Matters Most.