What you need to know about the brain eating amoeba.

Recently a North Carolina man contracted Naegleria fowleri after swimming in a man-made lake at a water park. 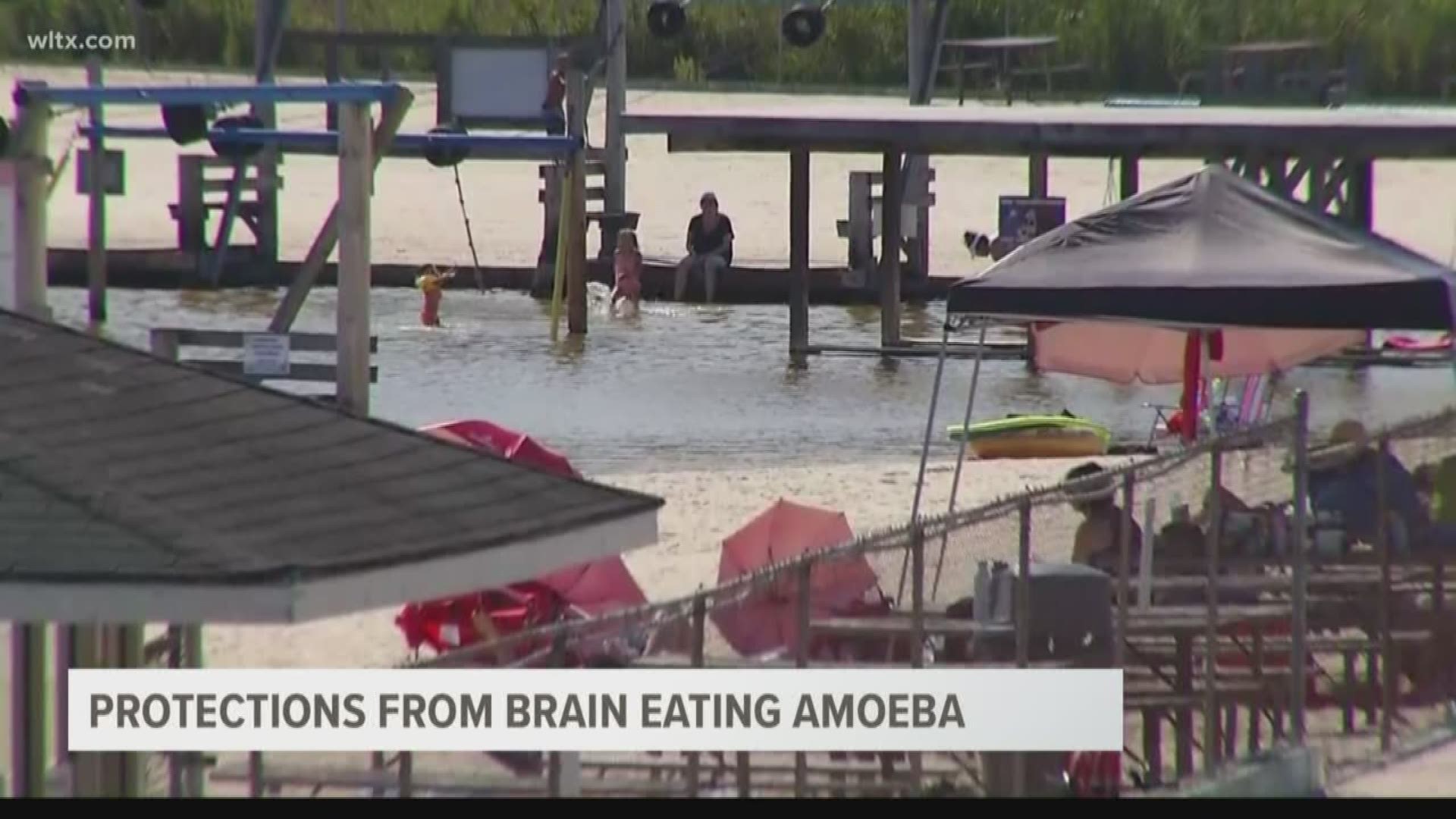 COLUMBIA, S.C. — According to officials with the North Carolina Department of Health and Human Services,

According to the Center for Disease Control (CDC) the single-celled organism is found around the world in warm freshwater places like lakes, rivers and hot springs.

It can also be found in other sources such as poorly maintained or un-chlorinated swimming pools, heated and contaminated tap water.

The organism infects people by entering the body through the nose. From there it travels up the nose to cause a rare and usually fatal brain infection called Amebic Meningoencephalitis (PAM).

Most people who have the Naegleria infection die within a week. Yet  millions of people are exposed to the amoeba each year and only a handful of them ever get sick.

Health officials don't know why some people develop the Naegleria infection while others don't.

You cannot get infected from drinking water contaminated with Naegleria and it cannot be spread from one person to another. You can only be infected when contaminated water goes up into your nose.

It can cause its victims severe headache, fever, nausea and vomiting, which progress to stiff neck, seizures and coma.

Serious infections of the amoeba are rare, the CDC says 145 infections have been identified in the United States from 1962 to 2018 but the fatality rate is over 97%.

Several drugs are effective against Naegleria fowleri in the laboratory. However, their effectiveness is unclear since almost all infections have been fatal, even when people were treated with similar drug combinations.

Recently, two people with the Naegleria infection survived after being treated with a new drug called Miltefosine that was given along with other drugs and aggressive management of brain swelling.

Recreational water users should assume that Naegleria fowleri is present in warm freshwater across the United States. Posting signs based on finding Naegleria fowleri in the water is unlikely to be an effective way to prevent infections.

You can reduce the risk of Naegleria fowleri infection by limiting the amount of water going up your nose.

Health officials suggest  to avoid swimming, boating or engaging in other freshwater activities in areas where the infection is more common , keep your head out of the water while swimming, sitting or standing, Plug your nose or use a nose clip while swimming, be careful not to stir up sediment in shallow areas and  avoid entering hot springs, as well as warm lakes, ponds and rivers.

For more information about the amoeba just click here.