National Suicide Prevention week brings together health professionals and individuals with the goal of educating and informing everyone about suicide prevention. 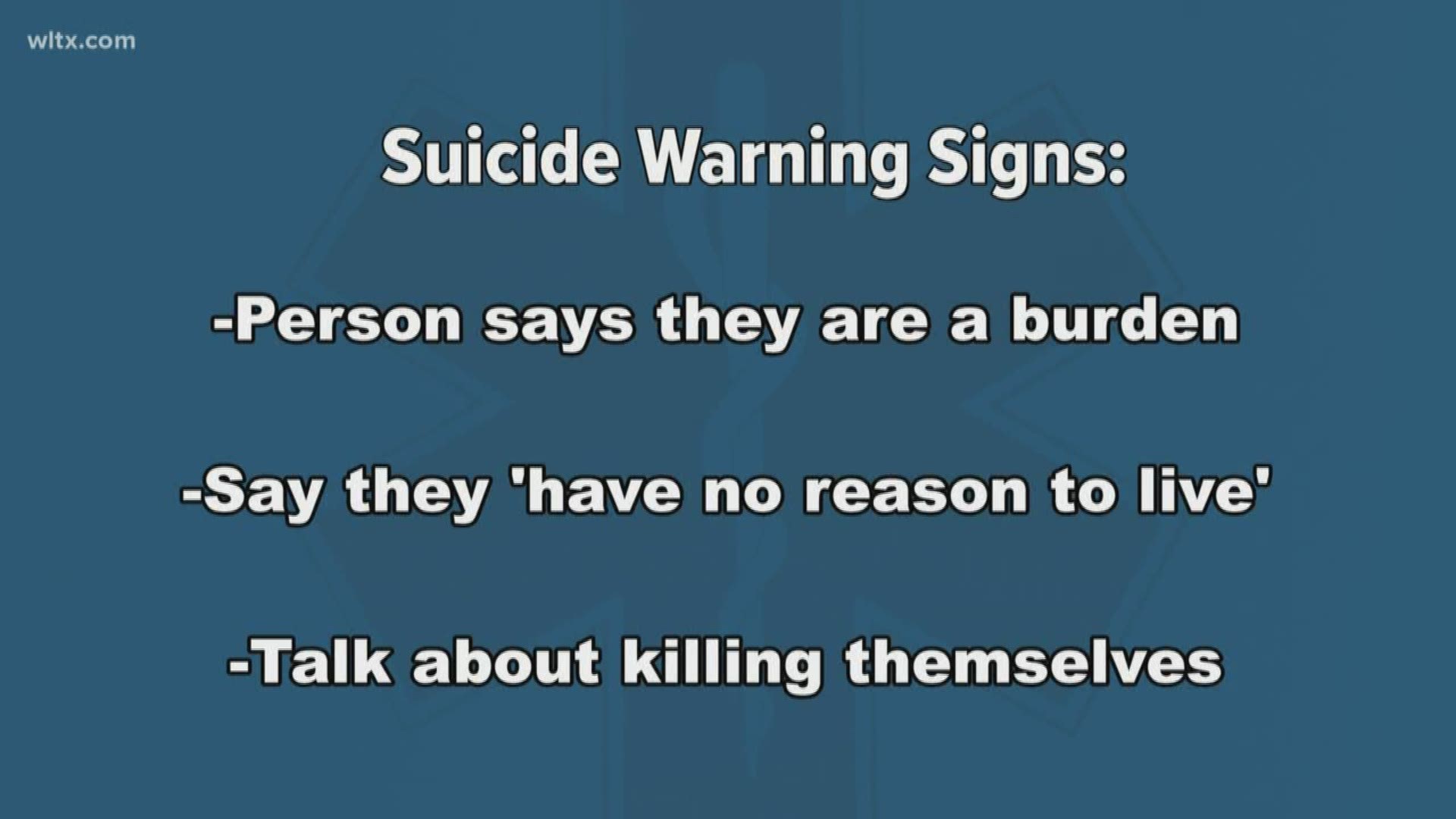 Suicide can be difficult to comprehend.

Many people have heard about the suicide of Hollywood stars Robin Williams, Anthony Bourdain and fashion designer Kate Spade.

Just this week two more high profile deaths, both mental health advocates; Jarrid Wilson, a megachurch pastor and Gregory Eells, head of mental health services at the University of Pennsylvania took their own lives, and the statistics show, it’s even more than likely each of us has a personal story to share about suicide.

Every year thousands die by suicide. The Centers for Disease Control and Prevention calls suicide a public health concern and among the leading causes of death in the United States.

Based on recent nationwide surveys, suicide in some populations is on the rise and suicide was the second leading cause of death among young people between the ages of 10 and 34, after car accidents.

Mental health experts say many more people think about or attempt suicide than die by suicide.

In 2017, 10.6 million American adults seriously thought about suicide, 3.2 million made a plan, and 1.4 million attempted suicide.

What is causing suicide cases to rise?

There's no single cause for suicide and mental health doctors say it is a complex issue involving many layers.

Suicide can affect anyone at any time in their life, regardless of age, gender or background.

The CDC says suicide is most often the result of an untreated mental health condition or even substance abuse problems.

Depression is the most common condition associated with suicide, conditions like depression, anxiety and substance problems, especially when unaddressed, increase risk for suicide.

Who is at risk for suicide?

A combination of individual, relationship, community, and societal factors contribute to the risk of suicide. Risk factors are those characteristics associated with suicide—they might not be direct causes.

What are the warning signs?

Pain isn't always obvious, to illustrate how gradual suicide can be, according to The Health Resources and services Administration (HRSA) approximately 45% of suicide victims had contact with primary care providers within 1 month of suicide.

Despite these statistics you can learn to recognize the warning signs and how to seek help if you or someone you know is thinking about suicide.

According to The American Foundation for Suicide Prevention Most people who take their lives exhibit one or more warning signs, either through what they say or what they do.

If a person talks about:

Something to look out for when concerned that a person may be suicidal is a change in behavior or the presence of entirely new behaviors. This is of sharpest concern if the new or changed behavior is related to a painful event, loss, or change.

Even though suicidal thoughts can be common they should not be considered normal and often indicate more serious issues.

What are the consequences of suicide?

In addition to the number of people who are injured or die, suicide it also affects the health of others and the community.

When people die by suicide, their family and friends can experience shock, anger, guilt, and depression.

Many other people are impacted by knowing someone who dies or by personally experiencing suicidal thoughts.

Additionally, being a survivor or someone with lived experience increases one’s risk of suicide

In many cases, friends and families affected by a suicide loss (often called "suicide loss survivors") are left in the dark. Too often the feelings of shame and stigma prevent them from talking openly.

How can we prevent suicide?

Even though these numbers are alarming here is the most important number to remember; 1-800- TALK ( 8255) .

The lifeline provides free, confidential emotional support and referrals to people in suicidal crisis or emotional distress, 24 hours a day, 7 days a week.