This Week in Weather History: Circus Blizzard of 1980

The biggest snow in nearly a century left Hampton Roads buried under 13.7 inches of snow and circus-goers snowed-in at Norfolk Scope. 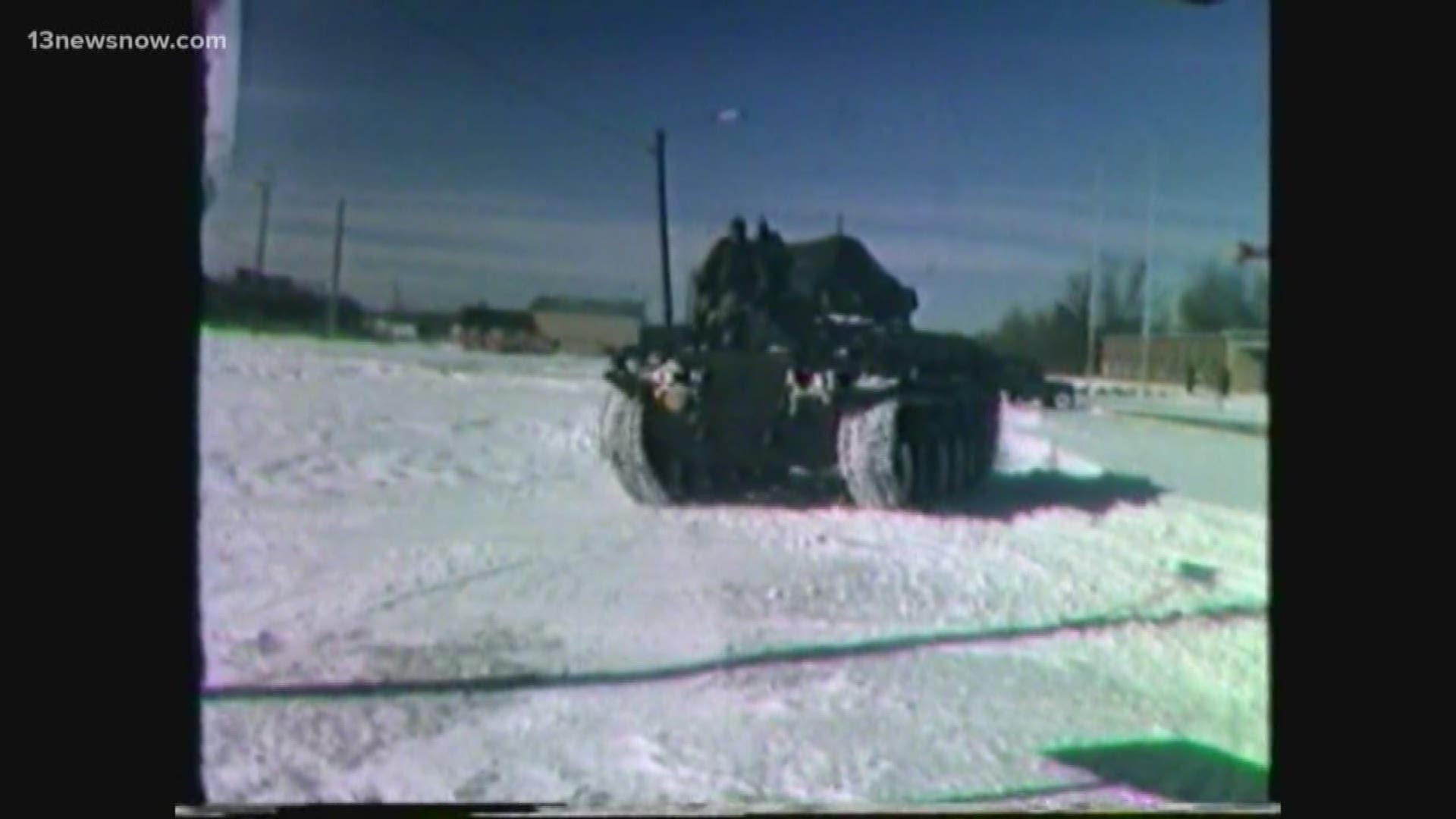 NORFOLK, Va. — The circus came to town 41 years ago this week, and not far behind it, along came a blizzard.  Known locally as the "Circus Blizzard of 1980," nearly 14 inches of snow fell in Norfolk, the most since 1892.

The 1979/1980 winter season was already a snowy one, with over 9 inches of snow in January and almost 19 inches in February from two different storms. This brought the snow total to a whopping 28.2 inches, more than four times our average amount!  But winter wasn't over just yet.

On Friday, February 29, meteorologists were warning of another snowstorm for the weekend.

The snow started falling on Saturday as the two-part storm brought 8.1 inches of fluffy snow.  Meanwhile, the Ringling Bros. and Barnum & Bailey Circus was in the middle of a 6-show weekend at Norfolk Scope, with three shows on both Saturday and Sunday.

Despite the snow, Saturday's shows went off without a hitch.

About 1,500 people attended the Sunday morning performance.  While clowns clowned around and acrobats tumbled, the second part of the storm was intensifying outside.  A fine, powdery snow began to fall and winds were picking up.

By 2 p.m, the wind and snow were already starting to create white-out conditions.  Still, circus-goes braved the elements to make it to Norfolk Scope and the second show of the day.

As families watched the afternoon three-ring exhibition, the snow continued to pile up outside.  Gale-force winds created snow drifts over eight feet high in some areas and cars were abandoned on snow-covered streets.

At 5:30 p.m., the cities of Norfolk, Portsmouth, and Chesapeake imposed a curfew, banning all traffic.  This meant the 2,300 people inside Scope would be forced to stay the night.

One of those stuck at Scope was a young Candy Blanchard.

"We went to an early show, watched it, and afterwards they told us that they had declared martial law and wouldn't let us leave Scope," she told us in a 2005 interview.

The circus decided to continue with the scheduled evening performance and folks settled in to watch the show, again. Following the performance, circus-workers began the teardown, since they were due in Richmond the next day.

Chrysler Hall was opened up next door and emergency supplies were brought in.

"It was cold over at Chrysler Hall," Blanchard recalled. "The National Guard brought in blankets."

The snow stopped falling early Monday morning, officially measuring in at 13.7 inches, although some areas received up to 20 inches.

As the circus packed up and prepared to move on, the National Guard plotted a way to plow the streets.  The decision was made to have the circus animals walk the three miles to the train, leading to the iconic video and photos of the 22 elephants marching in the snow.

As residents began to dig their way out in the aftermath of the storm, former WVEC reporter and anchor Judith Baroody memorialized the event with a ballad titled "The Blizzard of 1980":

And it all happened, this week in weather history.

As we dug through our archives this week putting this retrospective, we found a couple of more videos we wanted to share. When Judith finished penning her ballad, she was back out among the snowdrifts covering the storm and its aftermath, as financial costs seemed to be rising as quickly as the snow had fallen:

Then skipping ahead to 1981, on the first anniversary of the Circus Blizzard, the weather was... actually pretty nice!