Kershaw Co. walk to honor 9/11 victims started with one man. It now brings a community to its feet 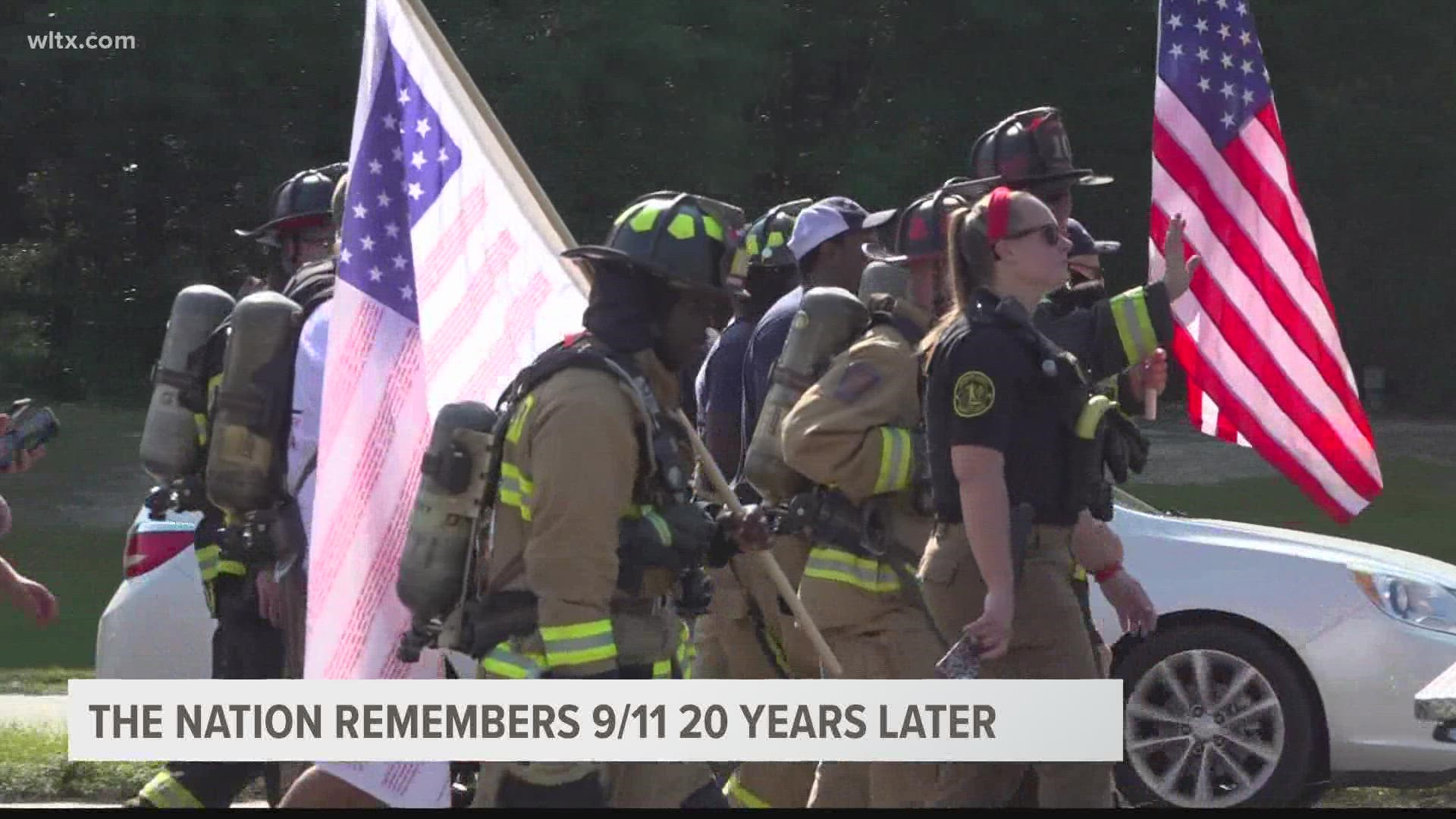 From the moment a former Camden firefighter pitched the idea, support continued to grow. In fact, Dejuan Warren, who now works for the North Charleston Fire Department, said the turnout these past couple of years was a welcome surprise.

"I was supposed to go to a 9/11 event but it got canceled," Warren explained at the Walk to Remember event Saturday.

He initially planned to do the walk solo, but that didn't happen. As soon as the news spread about his idea, support poured in with fellow first responders interested in joining him.

"This started as a grassroots effort," said Camden Fire Chief John Bowers. "Once the word got out, then there was a lot of buy-in."

"I wasn't expecting to have that many people, that much support," said Warren. "You had people on the side of the road, businesses helping out, people blowing the horns, people circling back to give us water. I really didn't expect the news to travel in four or five days."

This year, on the 20th anniversary of 9/11, the crowd at the Walk of Remembrance grew in size.

"It brings everybody together," said Katie Crawford, who walked in the event for the first time Saturday. "We really wanted to participate and be a part of something bigger than ourselves."

Local first responders and community members may not know the fallen of 9/11 personally, but they recognize that their bravery, honor, and sacrifice will never be forgotten.

"It was a Tuesday morning, a morning that changed the lives of every American going forward," said Alfred Mae Drakeford, the Mayor of Camden. "In days, weeks and years following those attacks, we lost so many first responders who braved the unknown and ran toward the danger while everyone else was running away."

This year, the walk reversed. It started at the Camden Fire Department and walkers were escorted by local law enforcement five miles to the Lugoff Fire Department.

News 19 witnessed families intertwine with local heroes to unite for one common cause.

Each showed love, solidarity, and gratitude for our heroes up north 20 years later.

"[9/11] changed a lot of our policies and guidelines of how we do things and make us look at [our profession] in a different scope and use different tactics to do our job better," Warren said. "We just show that we never forget them and we try to keep this event going every year."