'It's very surreal': Steel from World Trade Center on display in Columbia

The piece of wreckage from September 11 displayed in a museum evoked memories and emotions for service members. 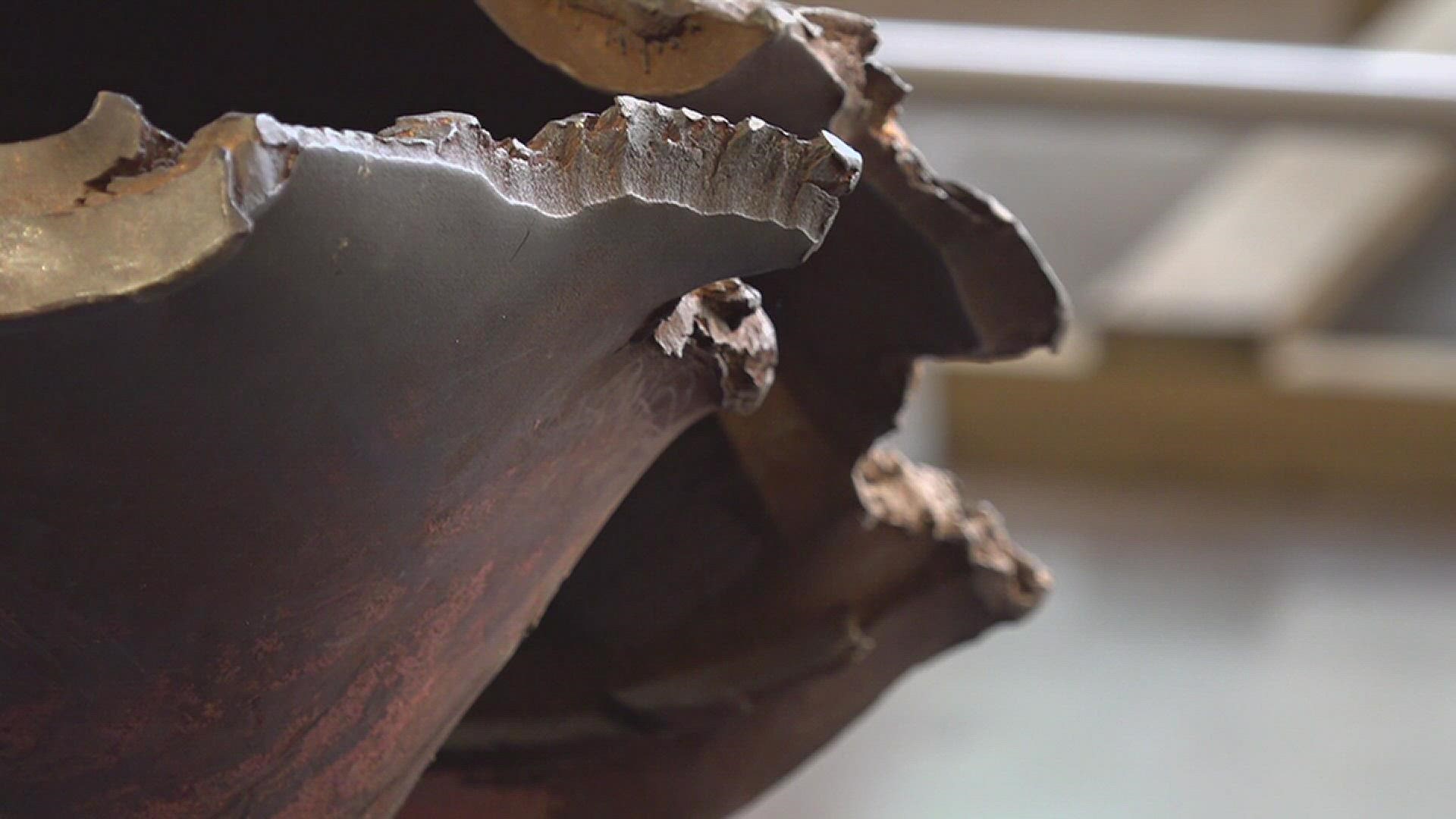 COLUMBIA, S.C. — At the South Carolina State Museum, a piece of steel that was recovered from the World Trade Center is on display. Its presence impacted visitors on the 20th anniversary of Sept. 11, 2001.

"It’s very surreal to actually see it in person,” one museum visitor said.

The steel girder, on display in the museum's lobby, was once part of the World Trade Center.

After the attack on Sept. 11, the plaque next to the display said 1.8 million tons of debris was removed from the site where the Twin Towers once stood. The piece of steel was part of that debris.

"It’s really sad to see it," said Brielle Gulya, a member of the Coast Guard. "It doesn’t get easier every year, but it also shows the strength we have. We all came together as a country.”

Gulya is stationed in Charleston and drove up to Columbia to see the steel girder.

"It’s important to do something every year just to make sure that we never forget what happened that day,” said Gulya.

The @SCStateMuseum is displaying a piece of wreckage from the World Trade Center in their lobby this weekend in remembrance of 9/11. Admission for service members is free. #neverforget @WLTX pic.twitter.com/TUzjoe5peH

Barbara Alexander, an employee of the museum, wiped away tears as she looked at the wreckage.

“I was active duty military at the time, here in Fort Jackson,” Alexander said.

Nearly 3,000 lives were lost in the attacks, including a trainee Alexander dropped off at the airport early that morning.

“He was going to visit his grandmother," Alexander said. "He never made it home. I just remember getting information about the flight he was on.”

Alexander said the trainee's connecting flight to get home was American Airlines Flight 77.

“He was on the plane that flew into the Pentagon," she said.

When thinking of Sept. 11, Alexander said she always thinks about the families of victims and service members that lost their lives that day.

RELATED: 'Some things I want to remember and some things I don't': NYPD detective reflects on 9/11

She also thinks about "having to deliver those messages" to the family of the trainee, that he was on the plane and didn't make it.

A small piece of steel, sitting in the museum's lobby, is now serving as a reminder of the huge loss Americans suffered 20 years ago.

The South Carolina State Museum will have the steel girder on display again on Sunday. Admission for service members is free.