After 20 years, many can still recall the sights and sounds in detail. 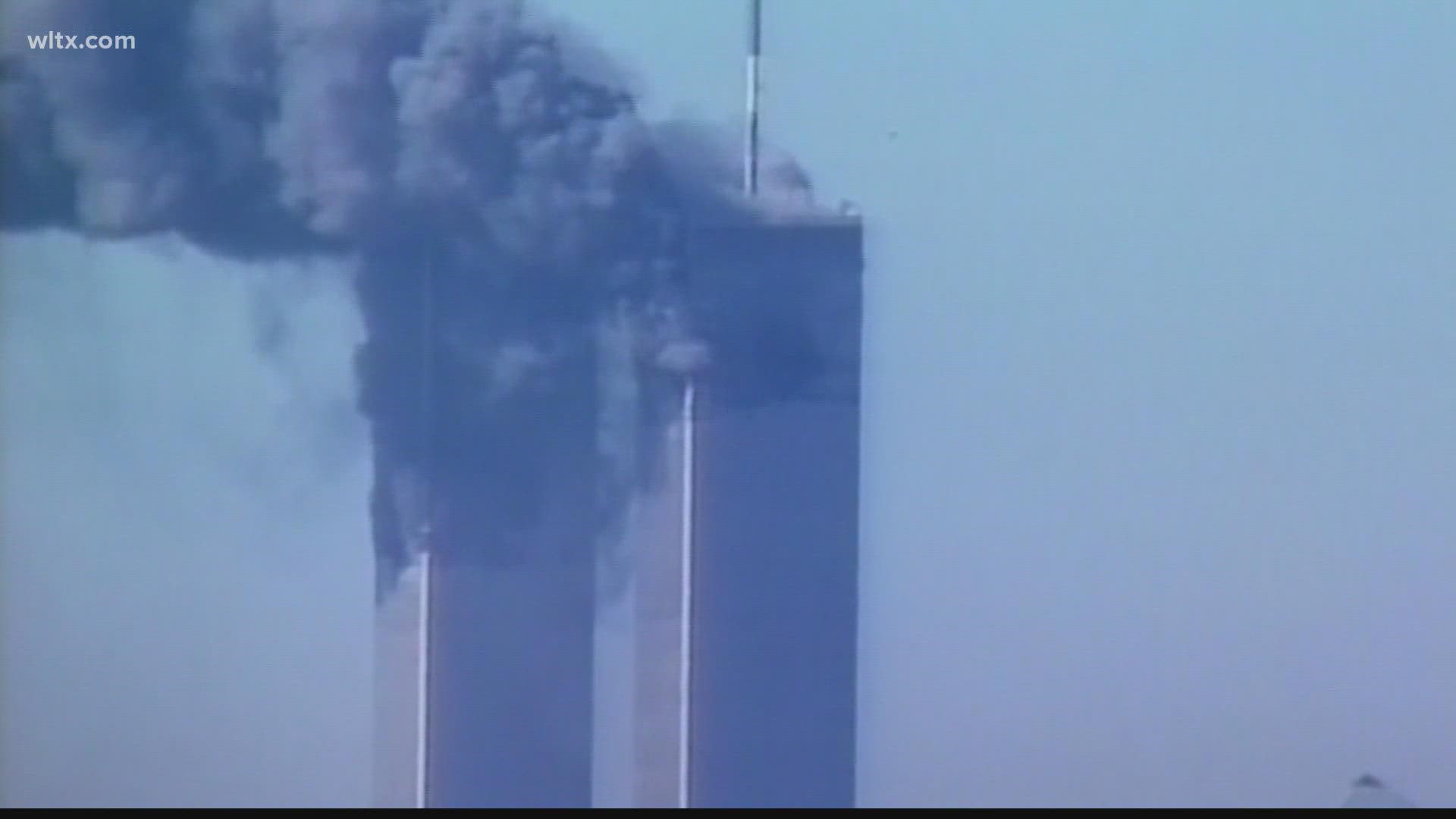 SUMTER, S.C. — September 11, 2001 remains in the hearts and minds of people across the nation.

After 20 years, many can still recall the sights and sounds in detail.

At the Sumter Police Department, Shirlene Skipper, Director of Emergency Services for 911, said she remembers the calls ringing in as the World Trade Center was struck.

“We started getting calls from the public wanting to know, 'should I go to the school house and get my children? Are we safe',” Skipper said. “We started telling people, we don’t know … but we would highly recommend shelter in place until we understand what’s happening.”

She had only learned of the attacks on TV moments before.

“We got it on a local channel and started watching in horror what the rest of the world was seeing,” Skipper said.

Her husband Linn was the Captain of Patrol for city police.

They checked on each other, then began planning their response.

“You know, what people we had to bring in; what was our response going to be,” Linn said. “Shaw Air Force Base might be a target.”

They didn’t lose any loved one’s that day, but others weren’t so lucky.

Next to the police station is a memorial with the names of thousands lost in the attacks.

It was pulled from the rubble of what once was the World Trade Center in New York City.

“There was a lot of, you use the term, numbness,” Linn said.

Officers worked as they worried about family who may have been affected.

In the months that followed, calls poured into the 911 center with concerns of possible threats.

“It made people start calling about all kinds of strange boxes,” Skipper said.

Still, they say, a sense of awareness was gained, lessons were learned, and security was tightened.

“We’re the people that will run towards the problem,” Linn said, “then we can cope with it later.”

Still at the ready if the call to serve comes again.