Where did that 'United We Stand' feeling go? Remembering 9/11

DH Griffin was put in charge of the Ground Zero clean-up. He doesn't remember the work as much as he remembers the feeling of unity. 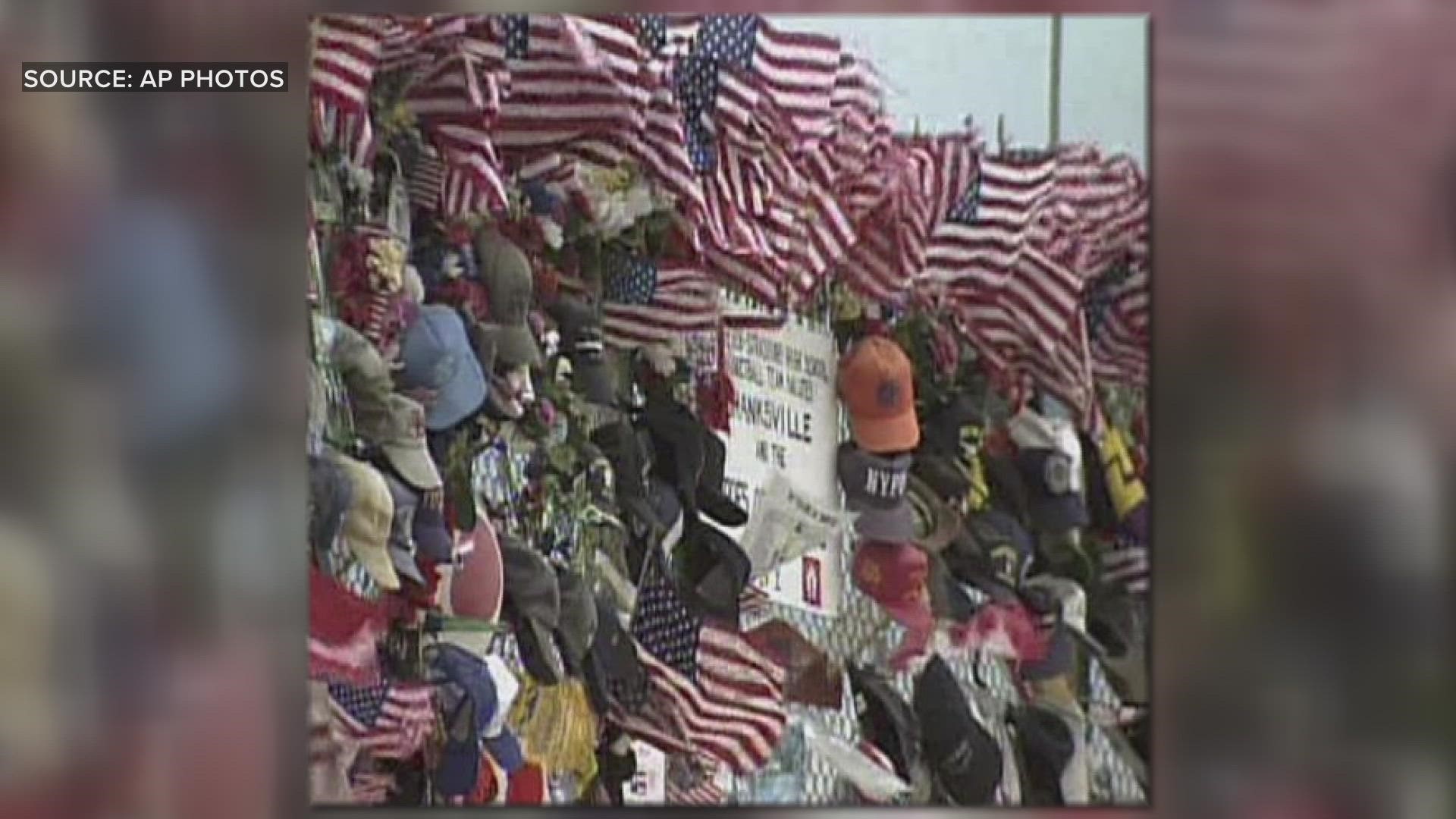 GREENSBORO, N.C. — “I remember for the first several months after 9/11 how united America felt and pulled together,” said DH Griffin.

Griffin was at Ground Zero for 9 months, working day in and day out in the unimaginable.

“That was the toughest part, emotionally, physically, spiritually, knowing what we were dealing with. “

At first, the rubble was moved bucket by bucket, then the big machines moved in, but the mission was the same.

“The thing I kept telling myself was let’s use the same care, control and courtesy of how we deal with this as if it was your mom your dad your brother. This is people's lives and they're waiting for closure,” said Griffin.

The main area of Ground Zero is not where they sifted through everything. There were two separate sights where Ground Zero rubble was scooped up and taken to so it could be sorted. Nothing was thrown away before being sorted.

“Everything at the sight was sorted and separated even down to looking for a ring or a watch, closure for families.”

From the smallest of details to the biggest, including the 27-story “curtain” that was left standing from Tower 2. It needed to come down so crews could work safely.

“We felt we could literally pull it down with cables in an hour. The other alternative was about a 45-day plan at billions of dollars. I even told them, if you don't think it will work, why don't you give us a shot and if it doesn't work, go hire those other folks,” said Griffin.

It worked. DH Griffin was put in charge of the entire clean-up. His company was on-site for 19 months, but what he remembers most is not the hard work, but the feeling.

“I remember for the first several months after 9/11 how united America felt and pulled together. Some days it doesn’t feel like that today. I sure hope and pray it doesn't take something like that, a 9/11 event to get the country back united,” said Griffin.