Taylor was shot and killed on March 13 while Louisville police executed a search warrant at her home. 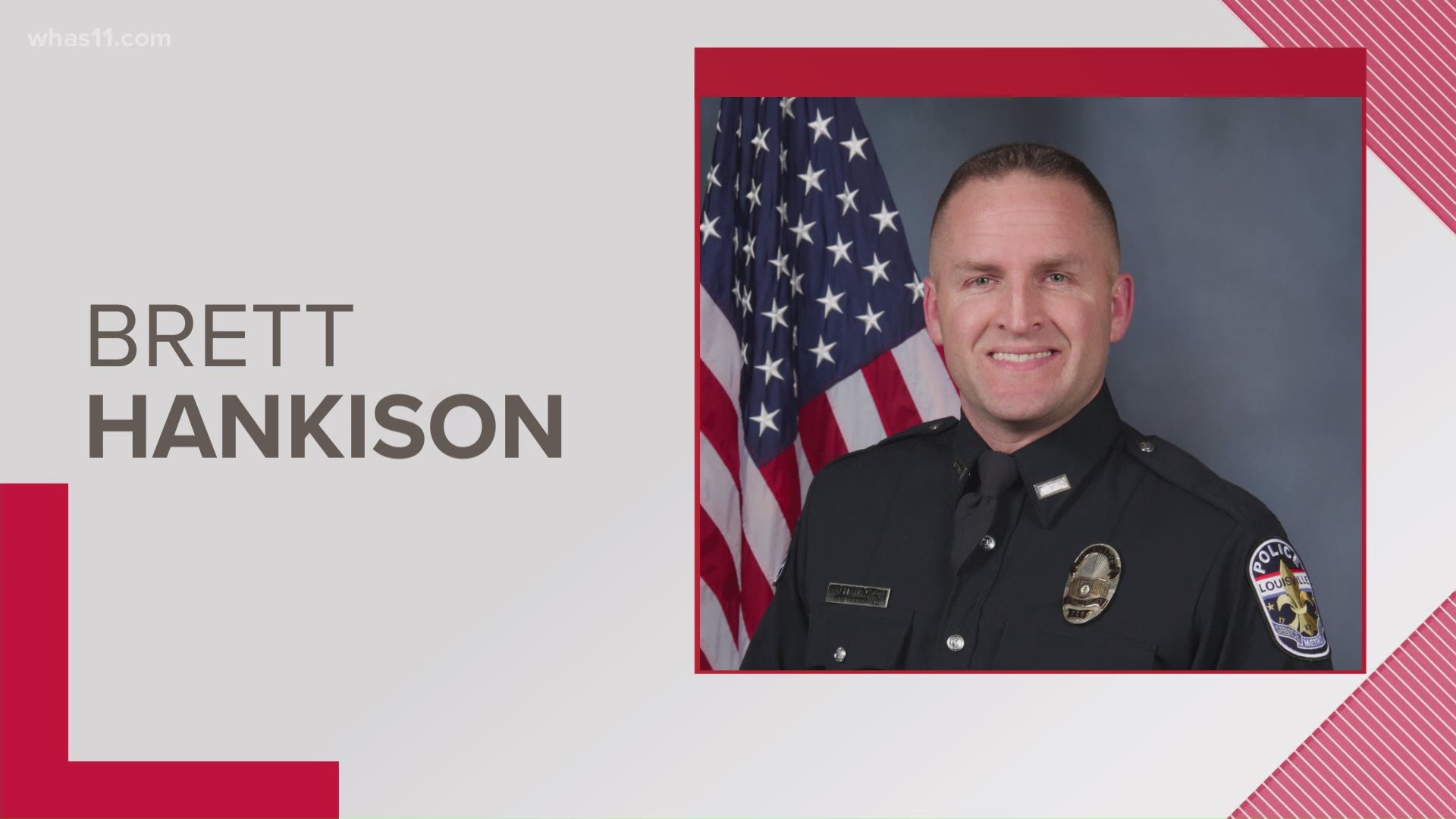 LOUISVILLE, Ky. — The Jefferson County grand jury has recommended three counts of first degree wanton endangerment for former Louisville police officer Brett Hankison for firing shots that went into a nearby apartment the night of Breonna Taylor's death. No other officers involved were indicted.

Attorney General Daniel Cameron's office said it did not investigate Kenneth Walker or Breonna Taylor, claims of civil negligence by the officers or the narcotics case against Jamarcus Glover or the search warrant obtained for Taylor's apartment.

"My job as a special prosecutor in this case was to put emotions aside and investigate the facts to determine if criminal violations of state law resulted in the loss of Ms. Taylor's life," Cameron said.

Judge Annie O'Connell announced a warrant will be issued for Hankison. His bond was set at $15,000.

Cameron said his office will "vigorously prosecute" the charges against Hankison. He also announced he will create a task force to do a top-to-bottom review of the search warrant process.

Taylor was shot and killed in her home on March 13 when Louisville Metro police officers served a search warrant related to a narcotics investigation. Cameron said there was no body cam footage from the night, saying his office pieced the investigation together through the ballistics report and interviews.

RELATED: What do we know about Brett Hankison?

On March 12, Judge Mary Shaw signed off on five warrants as part of a narcotics investigation. A no-knock search warrant for Taylor’s apartment was one of them.

Around 12:30 a.m. on March 13, officers served the warrant at Taylor’s home. As the officers entered the apartment, Kenneth Walker, Taylor’s boyfriend, fired at them, striking Mattingly in the leg.

Cameron said only one shot was fatal, likely killing her within two minutes. He said Kentucky law finds that Mattingly and Cosgrove were justified in their use of force after Kenneth Walker fired one shot.

Cameron said murder charges "are not applicable to the facts before us."

Hankison fired into the apartment. His bullet did go into nearby apartments, endangering three people. The wanton endangerment charges are felonies, and Cameron said each charge is punishable by up to five years in prison.

No drugs or cash were found in Taylor's apartment, attorneys said.

Walker was arrested and charged with attempted murder of a police officer. The charges against him were later dismissed.

Taylor’s family filed a lawsuit against the officers involved in the shooting on April 27. On September 15, the city of Louisville announced a $12 million settlement with Taylor's family -- the largest sum paid by the city for a police misconduct case.

In May, Attorney General Cameron appointed a special prosecutor to the case after Commonwealth’s Attorney Tom Wine recused himself. Cameron promised a fair investigation and asked for patience from those who have expressed frustration in how long it has taken to reach a decision.

The FBI will continue its independent investigation into any violations of federal law.

Later Wednesday, at least two police officers were reportedly shot after protesters took to the streets. Click here for the latest updates.

Who was Breonna Taylor?

Breonna Taylor was a decorated EMT who was preparing to confront the coronavirus, working for both Jewish and Norton Hospitals. Taylor loved her family and had an ambitious drive to succeed, according to those that knew her.

"All [Taylor] cared about was being great and helping people," Taylor’s mom said.

Taylor’s family members say that she was kind, hardworking, and honest.

“She (Breonna) was already an accomplished and certified EMT for the City of Louisville and currently worked for UofL as a medical tech. This is not a woman who would sacrifice her life and her family morals and values to sell drugs on the street,” said Bonica Austin, Taylor’s aunt.

Taylor was shot eight times and was killed in the botched police raid on March 13.

Taylor did not have a criminal background.

RELATED: Piecing together the night of Breonna Taylor's death

The fatal police-involving shooting of Taylor sparked weeks of protest in Louisville.

The protests began on May 28 after the release of the tapes of the 911 calls made by Taylor's boyfriend, Kenneth Walker, the night of the shooting.

For more than 100 days, protesters took to the streets calling for criminal charges to be filed against the officers involved in the shooting.

Even the $12 million settlement of the Taylor lawsuit against the city of Louisville, which also included police reforms, did little to slow the protests.

As word spread of an impending decision from the Attorney General on the case, Louisville Metro Police Department's interim chief Robert Schroeder announced a "state of emergency" for the entire department, and the federal courthouse was closed for the week.