Community activist Christopher 2X, who was there when Daniel Cameron told the family, said the moment was 'painful' for mother Tamika Palmer. 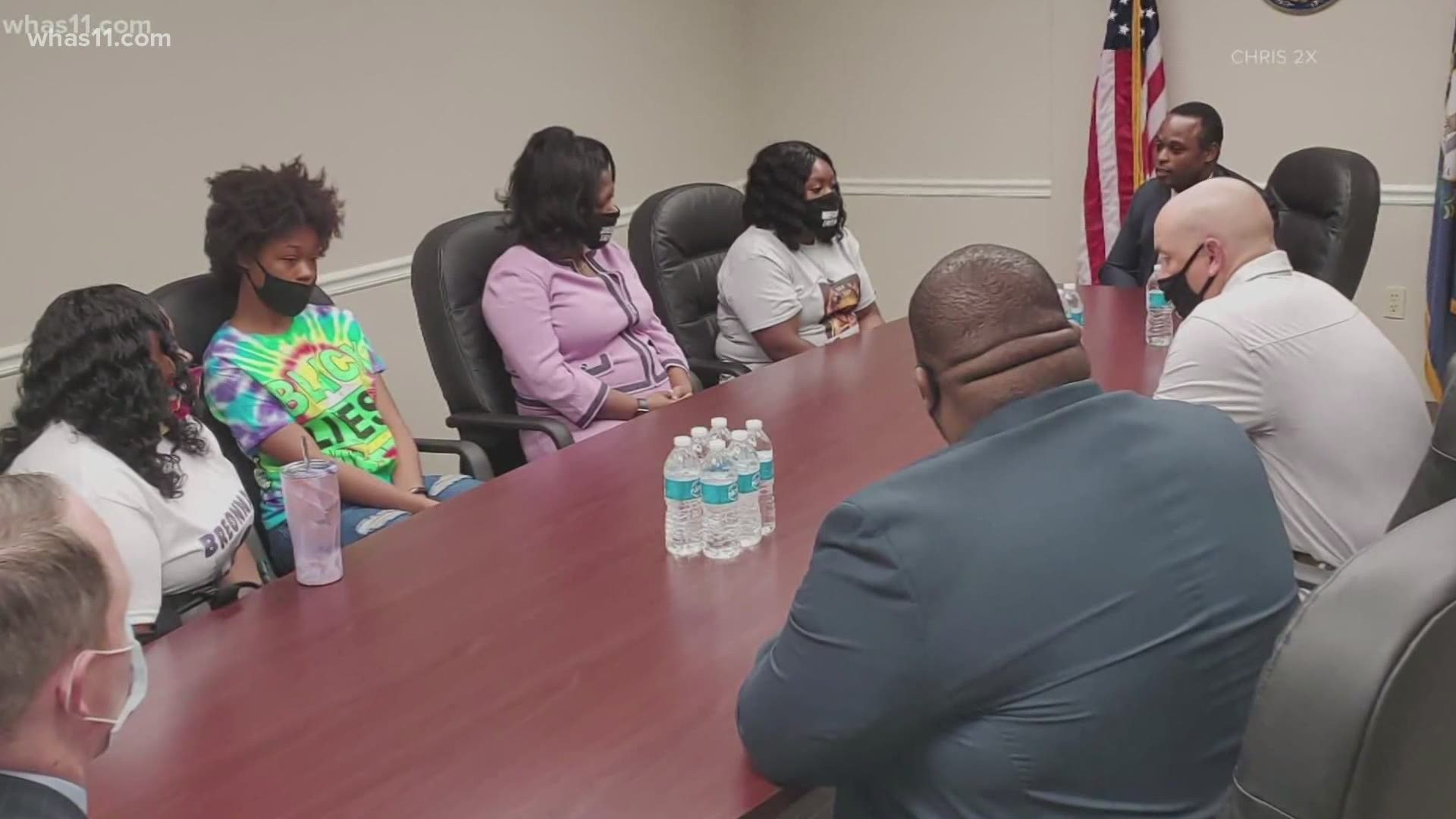 Community activist Christopher 2X, who was there when Daniel Cameron told the family of the grand jury's decision, said Taylor's mother Tamika Palmer was filled with tears when she heard the news.

The jury indicted former LMPD officer Brett Hankison on three counts of wanton endangerment after his shots went into a neighboring apartment the night of Breonna Taylor's death. There were no charges against Sgt. Jonathan Mattingly and Det. Myles Cosgrove, both identified in the investigation.

Attorneys Sam Aguiar and Lonita Baker said they believe the decision falls far short of what constitutes justice. They also said Cameron told the family of the decision at the same the indictment was being read out loud.

2X said he stepped outside to give the family space, saying Palmer's sister Bianca Austin stood by her side, trying to comfort her and explain several things.

"Then the next thing I heard was her weeping that saddened me and I knew the news wasn't good, simple as that," 2X said.

PHOTOS | Protesters take to the streets after Breonna Taylor decision

1 / 65
AP
A woman speaks during a protest, Wednesday, Sept. 23, 2020, in Louisville, Ky. A grand jury has indicted one officer on criminal charges six months after Breonna Taylor was fatally shot by police in Kentucky. The jury presented its decision against fired officer Brett Hankison Wednesday to a judge in Louisville, where the shooting took place. (AP Photo/John Minchillo)

According to the attorneys, Cameron didn't clearly explain to Taylor's mother the three counts of wanton endangerment were not for her daughter's death.

Baker says she had to explain it to Tamika Palmer in the parking garage following the meeting that lasted less than 20 minutes.

"The public needs to understand how painful this was for her, she had to sit on the ground for a few minutes…I clearly remember, and I haven't seen this too many times, how Lonita had a tear running down her cheek…and basically said that this wasn't fair," 2X said.

The result, 2X said, was one he has seen several times when working with families whose loved ones have been killed in officer-involved shootings.

"I've been through this many of times unfortunately for police-involved shootings in Metro Louisville, and usually it's the same outcome that the family has these expectations rightfully so to get fairness and it falls short for them," 2X said.

Governor Andy Beshear called on the attorney general to provide more information to the public regarding his investigation, while Louisville Mayor Greg Fischer said Taylor's case is not over, pointing to the FBI's investigation and police reforms mentioned in the city's settlement with Taylor's family.

Still, those close to the family said they were outraged by the decision. Taylor's sister, Juniyah Palmer, tweeted that the grand jury failed her.

"They failed you, they failed me," she tweeted. "Breonna I am so sorry...I don't know what to do."

Protests have begun in Louisville and around the country. People gathered in Washington D.C., Minneapolis and other cities to protest the decision.