The group has been seen selling cell-phones and DNA testing to low-income populations in the past. 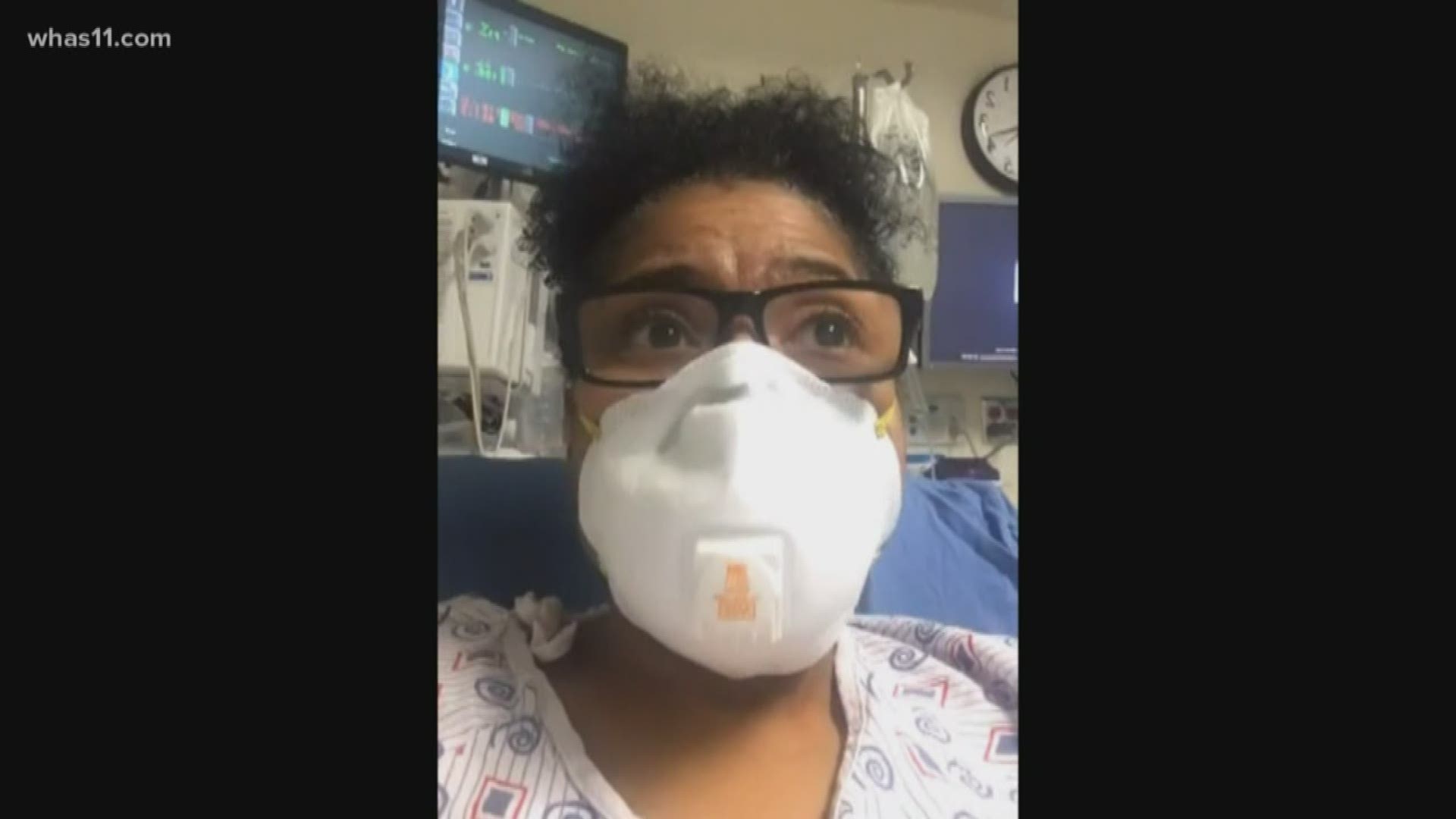 LOUISVILLE, Ky. — Pop-up testing sites are making an appearance across Louisville and Southern Indiana. Though state and local officials have warned against using the unverified sites, some people had already been scammed.

Shannon Wilson is one of them.

“You have to be just pure evil to do that to people and in the middle of a pandemic when people don't know if they're going to live or die,” Wilson said.

Only hours out of the hospital, Wilson called WHAS11 from her bed. She is now waiting for results of a real COVID-19 test she took at Baptist East Hospital on Wednesday. She went to the ER after learning she had taken a unverified test on Tuesday.

"I don't know how many times they used that probe on somebody else and then put it down my throat, I don't know nothing," Wilson said. "And that in itself is horrifying."

Wilson she paid $240 to take the test, gave them personal information, let them swab her throat, and when she learned it was a scam she panicked.

Meanwhile, local advocate Tara Bassett and Councilman David James were on a mission to find the fraudsters Wednesday afternoon.

"We literally followed them on a pretty wild goose all across the city," Bassett said. "They were trying desperately to lose us.”

The two tracked the down the group and recognized them as scammers that have taken advantage of people in the Louisville area for months.

Bassett said she first remembered seeing them in 2019, when they were collecting Medicaid information in exchange for DNA testing for a genetic pre-disposition for cancer.

"They seemed to disappear and then they showed back up in February," Bassett said. "They were doing the DNA testing for genetic predisposition for cancer, and I thought these guys can’t stay in business long with the most horrible pandemic in the world. They sure did."

Bassett said the group was using tents and medical equipment to set up unverified testing sites across the city- including in front of Wayside Christian Mission and Sojourn Church Midtown:  "These guys just converted their resources, bought some more painter outfits that make it look like they're wearing PPE and then stuff those in a bucket at the end of the day and pull them out the next day."

Bassett said James followed the scammers up I-65, into Indiana, hoping to run them out of town.

"I know they'll pop back up," Bassett said.

Wednesday afternoon, Gov. Andy Beshear warned that the fake testing sites were popping up across the state. He encouraged people feeling sick to only get tests at healthcare providers, hospitals or government facilities. Mayor Greg Fischer seconded Beshear's advice.

"If it feels too good to be true, if it feels like a scam, it is a scam," Fischer said.

The FOCUS team called both numbers available for the group and one man, who initially answered, hung up on us. We also searched the name of the group in the Kentucky Business Portal, and found they've never registered with the state.

If you or someone you know has tested at an unverified pop-up site, contact the FOCUS team at focus@whas11.com.