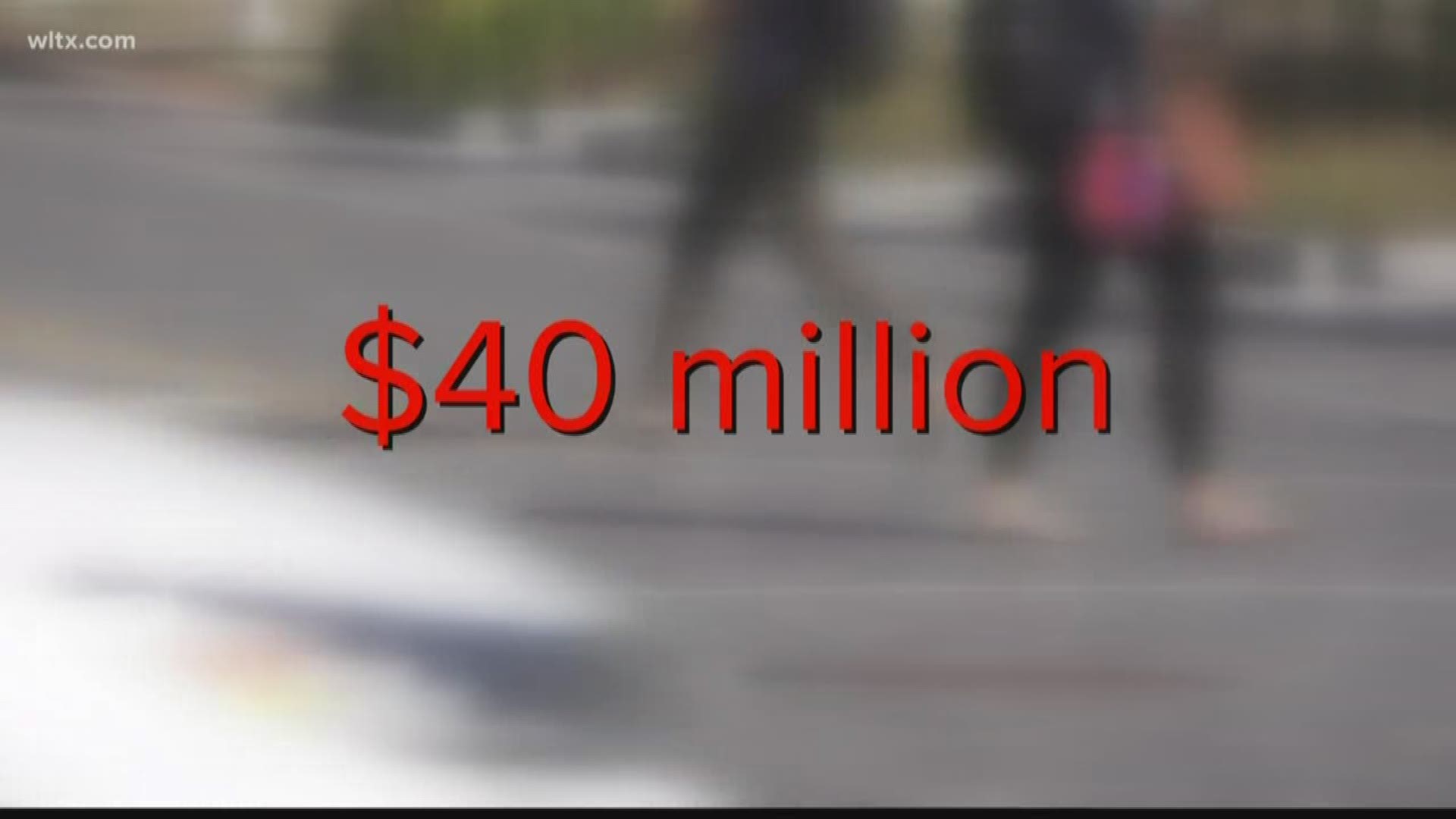 This comes after a state lawmaker said he reviewed a preliminary SCDOR audit report which he claims said Richland County may have misspent more than $40 million in penny tax funds.

"The county may be on the hook for more than $40 million of misapplied taxes," said State Rep. Kirkman Finlay, who represents part of Richland County, last week.

Since then, the SCDOR and Richland County council have declined to give more details on the County’s preliminary audit report. However, both SCDOR and the council confirmed they received it in October.

Ron Anderson, Chairman of the Board with the COMET program, says SCDOR told them they could be on the hook for a separate $1.4 million in misspent penny tax dollars.

“The Department of Revenue conducted on audit on Richland County and included in that audit, they did an audit on us,” Anderson said.

The tax money flows from the state, to the County, and then to the COMET, which makes its own spending decisions, according to Anderson.

“We’ve met with them and seen a memo with preliminary findings that are in very broad categories and we are continuing to talk to them about those findings and we’re disputing some of those things,” Anderson said.

The COMET turned over more than 50,000 pages of documents to the SCDOR as a part of the audit, mostly invoices from the last five years, according to Anderson.

The scrutinized spending falls into six “broad categories,” according to Anderson.

“We’re in a little bit different boat than the County in that we have multiple streams of money, we receive fare revenue, fare box revenue that’s not restricted. We receive federal dollars and state dollars, which are restricted, but in different ways. And so, in essence, we can go back and reclassify the spending that’s in question,” Anderson said.

Anderson continued, saying once SCDOR and the COMET agree on the disputed spending amount, they can reclassify which funds it come from to avoid taking it from the County’s penny tax funds.

He said the disputes are with expenditures ineligible to be paid with penny tax funds or that should not have been in the original transit contract. For example, Anderson said during the audit they found a line item for lobbying, which was “buried way, way, way down in there, in their paperwork.”

Anderson said they’ve initiated ways to begin ending those expenditures and try to get some of the money back.

John Andoh, COMET CEO, said they initially stopped some payment in June, as they were conducting their own review of expenditures.

Andoh said the disputed purchases with the contractor linked back to the lobbying as well as a business enterprise compliance officer.

"We did not have proper justification," Andoh said.

Andoh, who's been CEO since April of 2018, said when he started the position he immediately began reviewing expenditures and budgets, including with their contracts.

Andoh said legal counsel is working with the contractor on the disputed funds and the attempt to return funds to the COMET program.

The COMET expects the final number on alleged misspending from SCDOR to be less than the $1.4 million, due to the work already underway and changes they're making to where the purchases are funded from, according to Andoh.

The South Carolina Department of Revenue said they had no comment on the COMET's alleged misspending.