When will the dirty water end?

For weeks, some residents' water has tasted and smelled of dirt. When will this issue end? 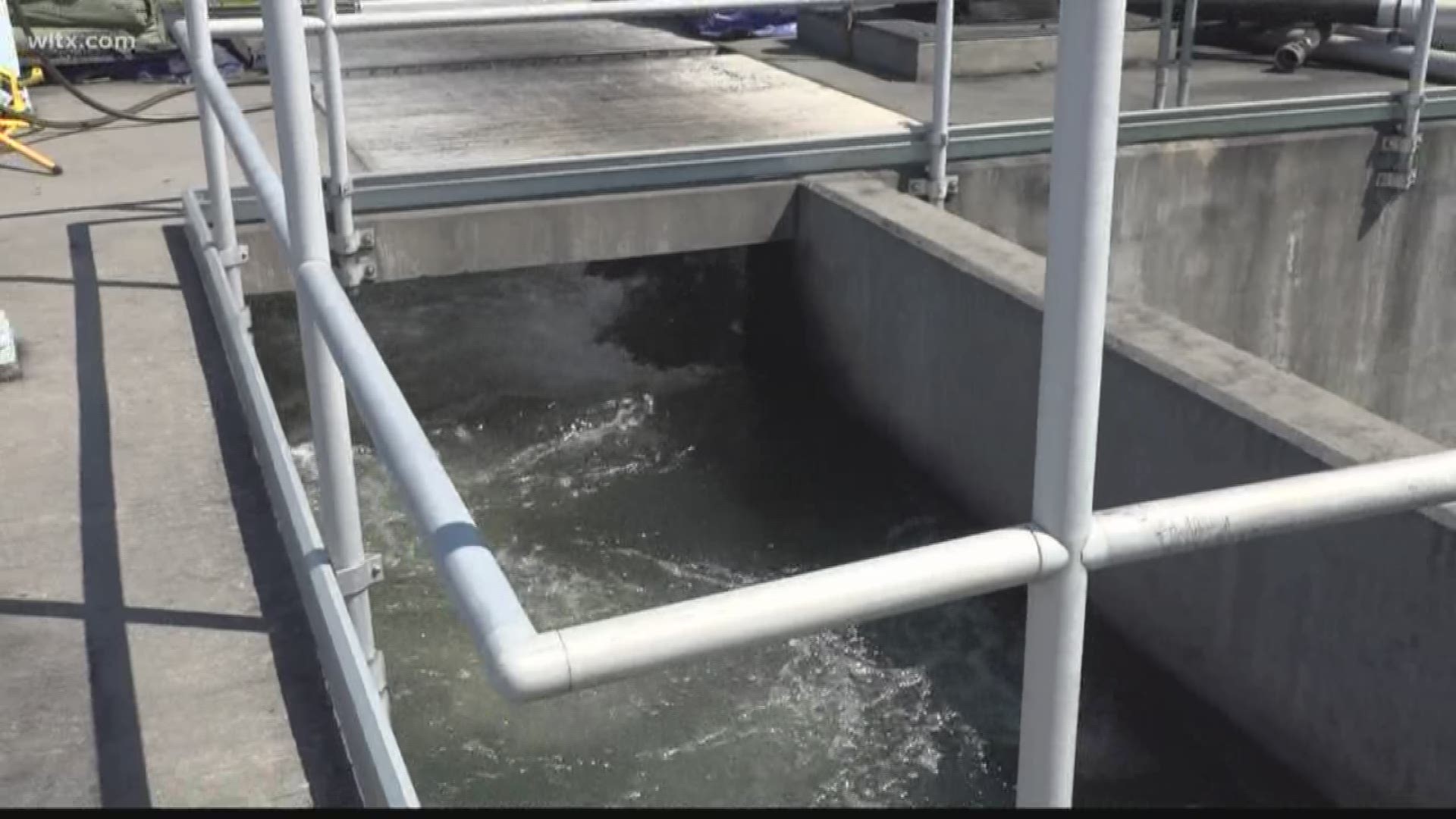 LEXINGTON, S.C. — For the past few weeks we have been covering the water issues happening in parts of Lexington County.

Many residents have complained that the tap water tastes and smells like dirt. The water in question is all sourced from Lake Murray.

We have spoken with two water plants that are experiencing these issues: West Columbia Water Treatment Plant and Columbia Water's Lake Murray Plant.

According to both of these sources, this issue comes from an algae bloom in Lake Murray that tends to happen when its warmer outside around this time of year. This algae produces compounds that are naturally occurring- making it safe to consume- but still gives it a bad smell and taste.

"The cause of the odd smell and taste is naturally-occurring in Lake Murray during the summer months. It results from certain types of algae, fungi, and bacteria growing in the lake. As these organisms grow and multiply, they excrete small amounts of harmless  compounds into the water that cause a musty, moldy, or earthy taste and odor.

The two most common compounds are geosmin and methylisoborneal (MIB). Although these  compounds are harmless, the human senses of taste and smell are extremely sensitive to them and can detect them in the water at low concentrations."

The reoccurring statement with this is that the water is safe to drink.

The water smelling and tasting like dirt raises concerns with citizens for multiple reason: this is their drinking water, their bathing water, the water they give their animals.

Many believe that since they pay for this water, it should not be this low of quality. Some residents are buying bottled water and spending extra money because of the low quality of their tap water. Something some believe they should be reimbursed for.

Columbia Water and West Columbia water have modified their processes including adding carbon to help correct this issue. Both entities have been approved by the South Carolina Department of Heath and Environmental Control (DHEC) to further modify their processes to improve their water's quality.

Both Columbia Water and West Columbia Water have said that when cooler weather patterns come through, including cooler temperatures and rain, these issue should go away.

These water companies have also said multiple times that this happens every year. Many residents have rebutted saying they have lived here for many years and have never experienced anything like this before.

Andy Zaengle with West Columbia's Water Plant says this algae bloom does happen every year but they are usually able to detect it and correct it before anyone notices. "This year, we’ve been monitoring since April so we’ve been watching for it. We’ve been making steps to our process to adjust," Zaengle explains, "But, we’ve had an explosion of really fast growth to levels that we haven’t seen before. We’re removing it, but we can’t remove it as efficiently to be able to get us down to lower levels, and that’s just what people are experiencing in their water.”

We have reached out to DHEC in regards to this issue who told us in an email:

"DHEC recently received complaints and investigated, including collecting samples on Lake Murray in the vicinity of the drinking water intakes. Naturally occurring diatoms, blue green bacteria and green algae were detected in the samples, and these bacteria and algae can contribute to water taste and odor issues. The level of biological productivity in a water source varies throughout the year, and these recent water samples from Lake Murray indicate a current high level of productivity in a wide range of naturally occurring organisms. When these organisms die, organic compounds can be released that also may impact water taste and odor.

A bloom is considered to exist when one species dominates the sample. In these recent water samples, no single species was found to be dominant, and DHEC didn't detect the visual presence of a harmful algal bloom.

The drinking water systems that withdraw from Lake Murray have treatment systems in place that reduce the effects of naturally occurring organisms, but these treatment systems don't always eliminate every impact to taste and odor. These compounds do not pose a health risk."

RELATED: West Columbia officials weigh in on dirty taste and smell of water

RELATED: Here is why your water tastes and smells like dirt in Lexington County

RELATED: 'We are not happy people over this,' residents say water tastes like dirt

Candy Berry of Lexington told us, "I don't like the smell.When I have to take my pills in the morning or when I brush my teeth, I've got that in my mouth. When I take a shower, I don't feel clean," Berry said. "I started buying bottled water and jugs of water. I even give it to my dog now because I'm afraid she'll get sick."

Frankie Delk in Irmo said, "I’ve lived here 25 years.I think its bull-hockey of what they’re saying the problem is because we’ve never had this problem before.”

Michelle Carpenter in Irmo said, "Yesterday afternoon I turned on my faucet and I was taking a pill and I forgot about it and it actually tasted like I took dirt from my backyard, I poured it in a cup, I stirred up the cup, and drank it, that’s what it tasted like.”