A lawsuit claims Karen Garner suffered a dislocated shoulder, a broken humerus and a sprained wrist during the June 2020 arrest. 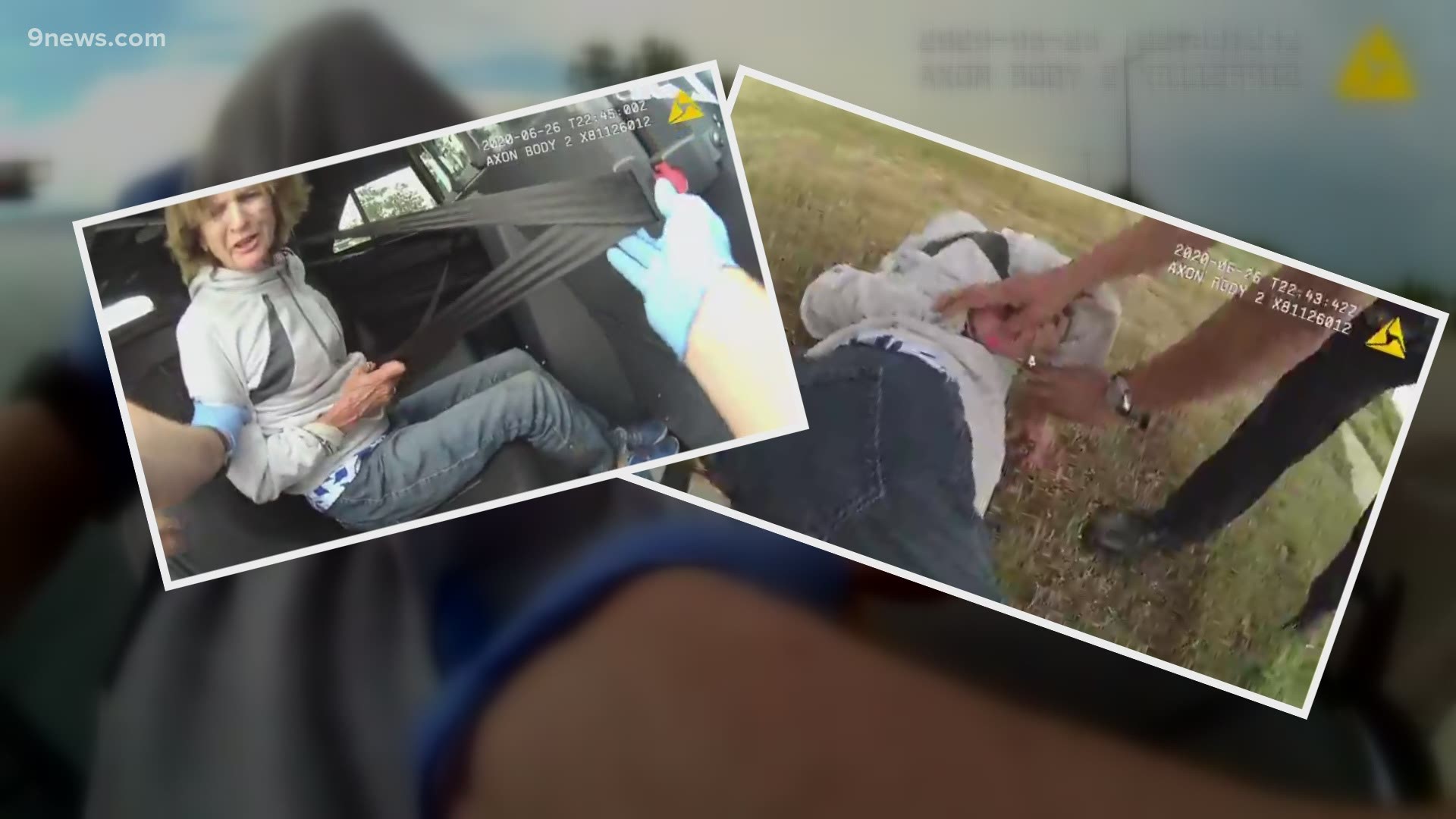 Loveland Police said Thursday the department just learned about an alleged incident of excessive force involving a 73-year-old woman with dementia that happened nearly a year ago when body camera footage of the incident was posted on its Facebook page.

A  Loveland attorney filed a federal civil rights lawsuit on behalf of Karen Garner, the woman in the video. The lawsuit alleges that she was injured after being forced to the ground by a Loveland Police officer.

Her crime? The lawsuit suggests she attempted to leave a Walmart with less than $14 worth of items she forgot to purchase. A statement from Walmart indicates that police were called only after Garner became "physical" with an associate.

“We stopped Ms. Garner after noticing her attempt to take merchandise from the store without paying for it," the statement says. "When we addressed this issue directly with her the situation escalated when she forcibly removed an associate’s facemask and fled the store. The police were called only after Ms. Garner became physical with an associate.”

The lawsuit says Garner suffered a dislocated shoulder, a broken humerus and a sprained wrist during the arrest which happened not long after she left the store.

She was two blocks away from her home.

> Below: Body camera footage shows the arrest of the 73-year-old. This footage has been edited by the law firm representing Garner. (Warning: The content in this video is graphic and may be disturbing to some viewers.)

According to LPD, the incident took place on June 26, 2020, but said until now; they had not received a complaint regarding "serious injuries" to Garner.

Since learning of the lawsuit and allegations in it late Wednesday, LPD said they'd begun an investigation that will include "an examination of all images, documents and records" compiled in connection with the incident.

According to the lawsuit, Garner spent two hours inside a Loveland Police jail cell and an additional three hours inside a cell at the Larimer County Jail.

Attorney Sarah Schielke, who represents Garner, said the arresting officers told the Larimer County jail staff that Garner was uninjured despite obvious signs that she had painful injuries.

Garner, according to Schielke, is 5 feet tall and weighs 80 pounds.

The lawsuit says Garner left the Walmart with a Pepsi, a candy bar, a t-shirt and some Shout Wipe refills.

“Walmart employees stopped her and escorted her back inside, where they took the items back. Ms. Garner attempted to hand them her credit card to pay, but they refused,” the lawsuit reads.

“Ms. Garner, unable to communicate with them or fully grasp what was going on, then walked out of the store and began walking the short distance back to her home,” it says.

A statement from a Walmart spokesperson says Garner escalated the situation, forcing employees to call police.

"Circumstance vary, but stores have discretion to call law enforcement when they have need," the statement says. "When we addressed this issue with the customer she became unreasonable and escalated the situation by ripping the facemask off one of our associates and fleeing the store."

The arrest happened not long after.

> Below: The full, raw body camera footage of Garner's arrest. (Warning: The content in this video is graphic and may be disturbing to some viewers.)

The 8th Judicial District Attorney's Office said that Gardner's misdemeanor case was dismissed and they are now considering whether an independent criminal investigation into the police department's use of force is warranted.

The statement from the DA's office also says that an investigation into improper use of force had not previously been presented to their office that the incident was brought to their attention through media reports Wednesday evening.

The arresting officer has been on administrative leave pending the outcome of the investigation, according to LPD. An officer who assisted with the arrest and the on-scene supervisor have both been reassigned to administrative duties.

Contact 9NEWS reporter Matt Jablow with tips about this or any story: matt.jablow@9news.com.You can also send tips to blowthewhistle@9news.com.