In addition to outlawing the use of no-knock warrants for Louisville Metro Police Department officers, the law sets guidelines for how search warrants are executed. 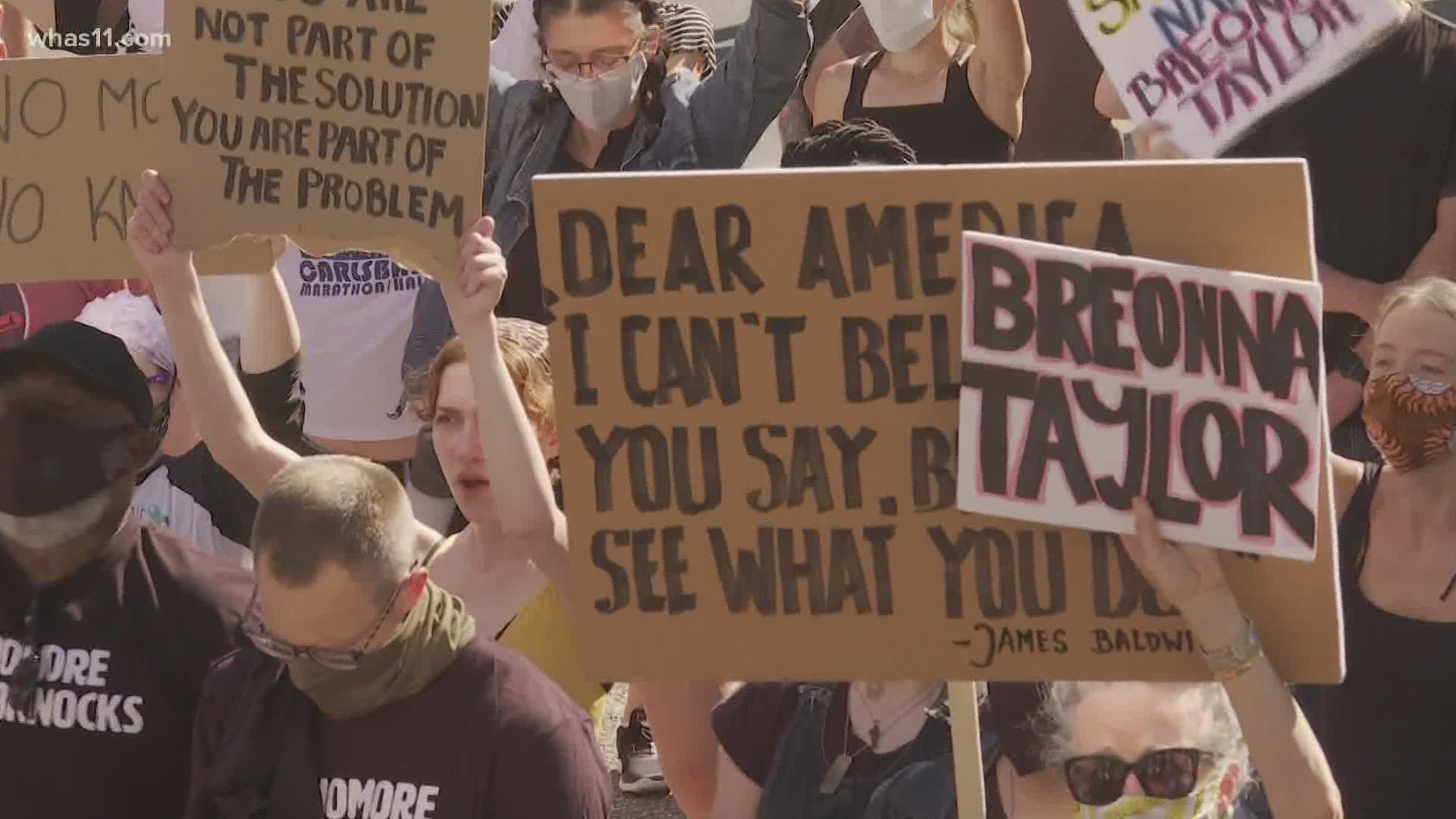 Many protesters call Louisville Metro Council’s decision to ban no-knock warrants in honor of Breonna Taylor meaningful progress toward police accountability. Yet some want even stricter action to be taken.

“I feel like in our communities when the police is able to invade your privacy it puts everyone in danger," said Savion Briggs, an 18-year-old protester.

Briggs has been protesting for more than two weeks now.

“Since a young age the police is not looked at as a friend in the community," he said.

He said growing up in West Louisville, he feared police.

“They say that they’re here to serve and protect but you don’t look at them the same way," Briggs said.

He called yesterday’s unanimous vote by Louisville City Council to ban no-knock warrants a step toward a better relationship with police and justice for Breonna Taylor. In March, she was shot to death in her own home, as police were executing a no-knock warrant.

“First off, I’m proud that it was passed," said Briggs.

In addition to outlawing the use of no-knock warrants for Louisville Metro Police Department officers, the law sets guidelines for how search warrants are executed, requiring officers wait at least 15 seconds before entering, after knocking and announcing their presence. And it requires active body cameras when warrants are served.

“Of course, there are always ways to improve upon it," said Kate Miller, American Civil Liberties Union of Kentucky advocacy director.

Miller also wants to see stricter penalties for officers who fail to turn on their body cameras.

“I think you’ll see movement like that across the country," said Bill Hollander, Louisville Metro Councilmember.

Hollander is one of 26 Louisville Metro council members to unanimously pass Breonna’s Law, the same day Kentucky Senator Rand Paul introduced a federal bill to ban no-knock warrants. Despite progress, Hollander said his work is far from over.

“We also need investment in our disadvantaged neighborhoods," Hollander said.

For three hours this afternoon, he said he and others from the community are brainstorming ways to create an independent civilian review board, learning from policies used in cities around the country, like Portland, Oregon.

“That will for the first time have really meaningful, sustainable civilian oversight of police," he said.

“One of the issues is that we don’t have very good data of what happened in the community with no-knock warrants," he said.

An LMPD spokesperson tells us no-knock warrants represent a small percent of the total warrants they serve every year, but wouldn’t confirm exact numbers. In response to Breonna’s Law, LMPD said they respect the council’s decision, and are committed to changes that support community relations.

RELATED: 'Justice for Breonna Taylor Act' which is meant to prohibit no-knock warrants introduced by US Senator Rand Paul