USPS: Does it deliver? FOCUS investigates reliability of mail service

As concerns about the reliability of mail-in voting persist just days before the 2020 Presidential Election, the FOCUS team put the U.S. Postal Service to the test. 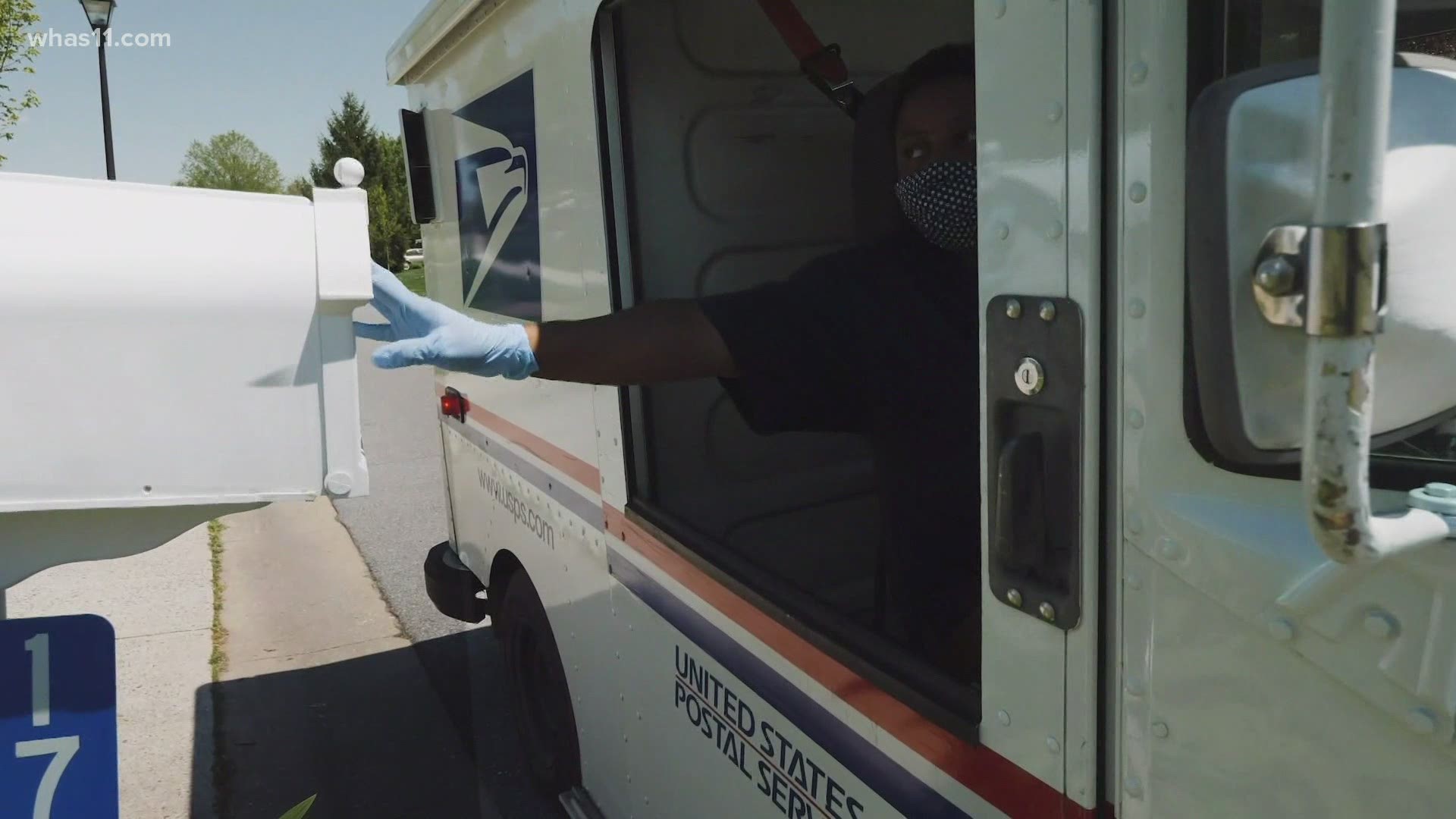 LOUISVILLE, Ky. — The U.S. Postal Service has long been an essential means of communication for people around the country, tracing its roots back to 1775, when Benjamin Franklin was our first postmaster general. Fast forward to 2020, and USPS can deliver more than 472 million pieces of mail in a single day.

But lately, trust in the system has wavered. Across the country, many people have reported late mail delivery and some mail that never reaches its destination. These issues have left many wondering whether they can trust USPS with their ballots as many voters have turned to mail-in voting during the COVID-19 pandemic.

As concerns about the reliability of mail-in voting persist just days before the 2020 Presidential Election, the FOCUS team put the U.S. Postal Service to the test. Investigative reporter Paula Vasan mailed hundreds of letters around the Louisville area to investigate the dependability of our mail service.

Vasan wanted to determine whether factors like your zip code or sending mail from a mailbox or Post Office could impact delivery time.

Using poverty data from the U.S. Census Bureau, she mailed half of the letters from a mailbox and Post Office in zip code 40203. That area includes the West End and Downtown Louisville and has a poverty rate of more than 45%.

The other half of the letters were sent from a mailbox and Post Office in zip code 40059. That is Prospect, a more affluent area with a poverty rate of less than 3%.

According to USPS, the typical time for mail delivery nationwide is 1-3 business days.

RELATED: Employee no longer with USPS after more than 100 absentee ballots found undelivered in Louisville

Though 284 letters were sent out, some were discounted if participants did not respond or follow directions. That narrowed it down to 219 letters received. Among the 219 responses that were received, nearly 88% of Vasan’s letters were delivered in three days or less. A little more than 12% of the letters took between four and 23 days, including weekends, to reach their destinations.

According to statisticians and data scientists we consulted, the data indicated that for zip code 40203, the distribution of letters was more varied. On average, it took almost a full day longer to receive a letter when mail was sent from that area.

FOCUS found that among the letters they mailed out from mailboxes and Post Offices around Louisville, letter delivery times were roughly the same. There was no statistical difference found between the two types of locations.

FOCUS also found that none of the participants who responded reported a single letter missing.

“The Postal Service takes great pride in our honoring our universal service mandate. We go to great lengths to provide service to all communities equally. The Postal Service mission is to deliver the mail promptly, efficiently and accurately while providing exceptional customer service.”

FOCUS spoke with Louisville residents about their concerns with USPS and mail-in voting.

Ralysia Jenkins, a Russell neighborhood resident, said she relies on USPS to communicate with loved ones but is skeptical about sending her ballot through the mail.

“I like to write. I’m old school. I don’t send emails,” Jenkins said.

For the most part, Jenkins said she has not experienced many problems, except within the last five months. She said once or twice letters did not get delivered.

When it comes to her vote for our next president, she’s not relying on the Postal Service.

“I just feel that this is a very, very important election,” Jenkins said.

Despite showing Jenkins the results of our FOCUS study, in which no letters went missing, her lost letters still make her worried. She said she will be voting in-person rather than trusting USPS with her ballot.

“Because I want to make sure that my vote gets counted,” Jenkins said.

But Troy Clark, a regional officer with the National Association of Letter Carriers, a labor union, does not believe mail-in ballots will be an issue for USPS. Clark delivered mail in Lexington, Kentucky for 19 years.

“Being a letter carrier was the best job in the country,” Clark said. “You’re very much appreciated.”

As for the reasons behind mail delays revealed in our investigation, Clark said it is hard to pinpoint what caused it. He said it is possible lower employee availability due to the COVID-19 pandemic could have contributed to the problem.

For those skeptical about mailing their ballots, Clark insists “you can rely on the postal service.”

“The U.S. Postal Service’s number one priority between now and the November election is the secure, on-time delivery of the nation’s Election Mail. The Postal Service, our unions, and the more than 630,000 postal employees are united in delivering on this sacred duty,” DeJoy said in a release. “These actions ensure additional resources will be made available as needed to handle whatever volume of Election Mail we receive.”

Some of the additional resources include “extra transportation, extra delivery and collection trips and overtime.”

“Put your ballot in the mail prior to November 3 and it should very well be counted,” Clark said.

Remember, the FOCUS team’s investigation found a portion of our letters took longer than three days to reach their destinations.

For any questions about voting, you can reach the State Board of Elections at 502-573-7100. Kentucky voting information can be found at www.govoteky.com.

A list of ballot drop box locations can be found here.

RELATED: Answering your questions about absentee voting in Kentucky