Woman's battle with HOA ended with her losing home, them purchasing it for $3.24

Patricia Quigley said it was a black hole she couldn’t escape. Then, she received the most shocking letter of all - an eviction notice. 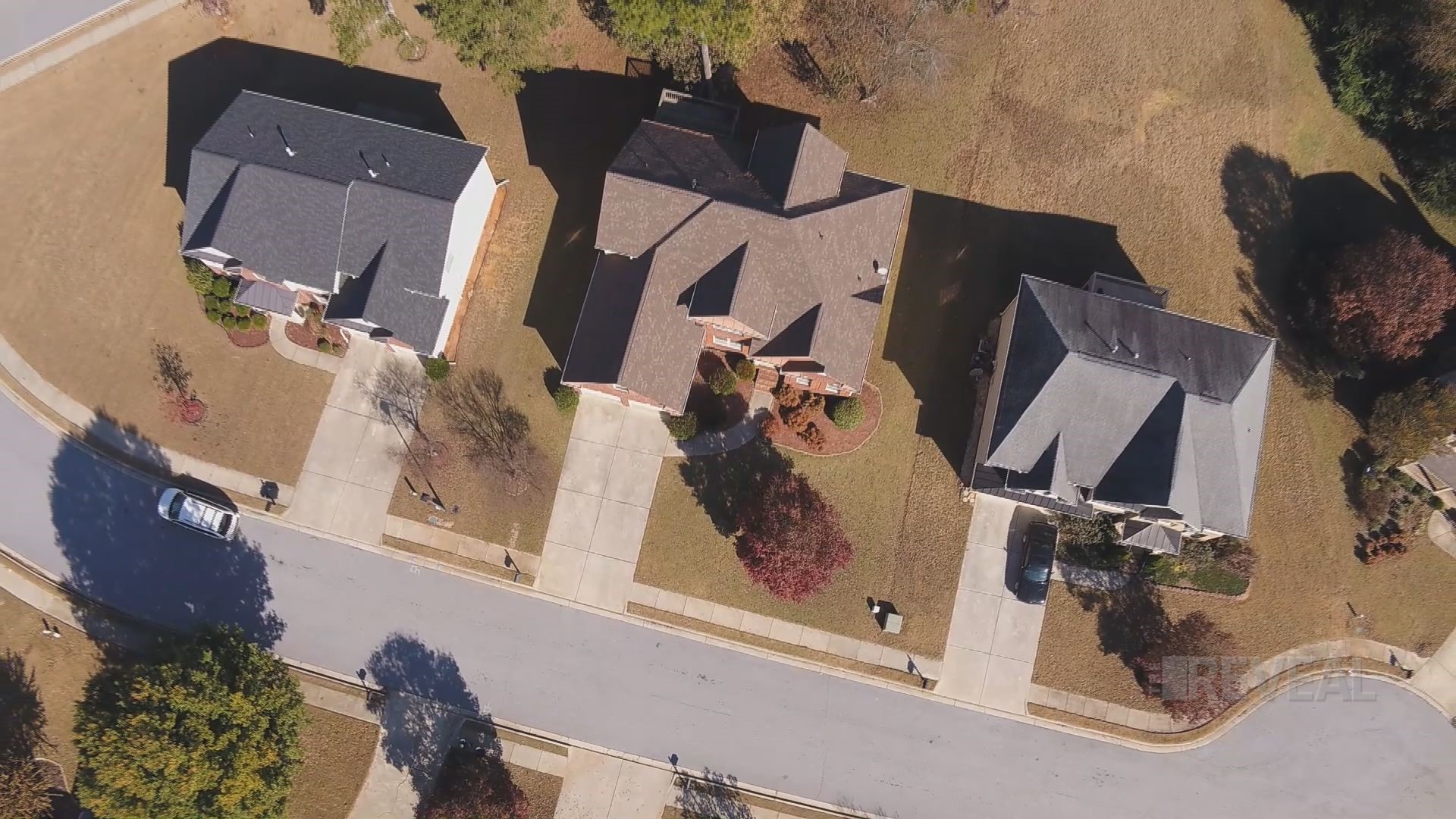 ATLANTA — It’s almost impossible to buy a new home these days that’s not part of a homeowner’s association or HOA. Those who have never lived in one, need to understand what’s at stake the moment they sign the closing documents.

While most HOAs are respected for keeping community spaces maintained, swimming pools safe and lawns up to snuff, there’s a growing tension over how debts are collected when homeowners fall behind, or simply fail to understand a fine or fee owed.

According to the Community Association Institute, six states have some type of ombudsman to help educate and facilitate those discussions. Several states require mediation before a lawsuit can even be filed. Georgia isn’t one of them.

Patricia Quigley said she learned that the hard way.

In 2010, Quigley was upset with her HOA’s billing process. Feeling ignored, she decided to take a stand and refused to pay her dues, which were about $700 that year. Instead of getting a meeting to work out the problem, she got letters from Lazega and Johanson, the law firm hired to collect on the debt.

When the Eagle Watch HOA in Cherokee County had a judgment to foreclose on her house to pay off her debt, she realized this was not a fight she could win. She agreed to pay the debt, which had grown through court costs and attorney fees to about $2,700.

“I went and title pawned my car. Walked in and paid them the $2,700 and when I walked out, I said, ‘this is all I owe, right?’ Yes,” Quigley recalled asking.

But a few months after that conversation, Quigley said she received another bill for about $3,000. She said she called the law firm, emailed her HOA board president, and sent letters trying to figure out why. All Quigley said she got in return were cryptic financial statements with dates and amounts that, to her, didn’t make sense.

READ: It worked! ‘Slow the F Down’ signs lead to speed radar installed in neighborhood

Quigley later learned there were post-judgment legal fees and an 18 percent back interest. The payments she had made for subsequent HOA dues were credited to her past-due bills, not current assessments. So, even after paying $9,000 in four years, she was still somehow behind on her dues.

Quigley said it was a black hole she couldn’t escape. Then came the most shocking letter of all - an eviction notice. The house she had lived in for 17 years, now belonged to her HOA.

“When you lose your home, that’s hard,” said Quigley fighting back the tears.

But sadness quickly turned to anger, when she realized the HOA had purchased her home through foreclosure - for $3.24, a year before she was evicted.

Quigley said not only did the HOA accept her dues payment on a home she apparently did not own, but it also allowed Quigley to make another $4,600 in payments before her eviction.

Neither Eagle Watch, or the law firm representing them HOA at the time, wished to comment for 11Alive's story.

But Attorney George Nowack, who has helped craft Georgia’s HOA laws since the 1980s, said while Quigley’s story is tragic, it’s a tragedy of her own making.

He says legally, it was up to Quigley to know that her home had been sold and that she no longer owed the debt, and since it was paid voluntarily, no one has to pay her back.

Credit: WXIA
Attorney George Nowack explains to 11Alive's Rebecca Lindstrom how fees might have added up for a homeowner in Cherokee County.

“It doesn’t happen in a backroom, with blue smoke and mirrors,” he explained, discussing Georgia’s HOA foreclosure process.

Most people know if you default on a loan, the bank can foreclose. But that property is also assurance anyone living in a homeowner’s association, pays their dues. In Georgia, the HOA can get a lien on your home, and then file for foreclosure, as soon as the homeowner owes $2,000.

Nowack said it can take four years to accrue that much debt and win a judicial foreclosure. Along the way, the homeowner receives letters alerting them to what’s owed. They have the opportunity to appear in court and dispute the debt and even after the HOA wins the case, there’s a title search, the foreclosure is advertised for a month in the local newspaper and they are served notice twice before the sale.

“They brought this on because they ignored all of the requests to pay. They ignored, If you don’t pay, we’re going to sue you. They didn’t show up for trial most times,” Nowack explained.

Quigley admits, she was dealing with other problems in her life at the time and never did go to court on the matter.

But Fenecia Law, a homeowner in Douglas County, did try to fight the Rosewood Community Association's claims against her.

“When they garnished my bank account, I was unemployed,” Law said.

Law filed bankruptcy to get a handle on her debt, but when it felt like the only people getting paid were the lawyers and bankruptcy trustees, she decided to work out a payment plan through her board directly.

Her debt was a mix of assessments and maintenance violations and somewhere along the way, she had questions about why the HOA was charging certain fees.

Law says she asked questions, but no one cared to give any answers. When the HOA filed a lawsuit against her to collect, she disputed the debt.

Among her questions, was why she was being charged late fees for a payment she clearly kept trying to make. The envelope was going to the HOA's address, but kept being returned for no reason.

Court records say Law’s dispute arrived one day too late to be considered. But Law says there's more to that ruling.

Law says the first time she tried to file, the documents were denied because they were scanned copies, not the original. Law was living out of town and had faxed the response to her niece for help.  She then had the documents delivered overnight, with guaranteed delivery.

She says it wasn't her first response, but answers to follow up questions that arrived late. Actually, they didn't arrive at all according to Law. She didn't even try at that point to respond because it felt like the HOA's attorney was using "tactics of discouragement" knowing she couldn't afford one of her own.

After she lost the case, she was told to mail her settlement payment of $4,127 to that exact same address as before. This time, the checks didn't come back.

“Where is the fairness in the process?” she asked.

We did reach out to the Rosewood Community Association to see if they had any comment on Law's case. A spokesperson for the neighborhood said in a written statement that they, "do not communicate with third parties regarding homeowners' information or accounts."

Attorney Nowack said we have to evaluate fairness, not just in the eyes of the homeowner, but also the entire HOA community.

“While it’s portrayed as cold and you’re taking advantage of the homeowner, it’s the exact opposite. People who don’t pay their assessments are having everybody else in the community subsidize them,” Nowack said.

Georgia law fiercely protects an HOA’s rights to collect what’s owed, but neither of these women deny their debt. What they do have a problem with is the inability to mediate and ask questions when a disagreement arises.

CAI, which lobbies for legislation to protect the rights of community associations, says it prefers some type of dispute resolution to costly litigation and made it a legislative priority in 2019.

Several states with ombudsman or dispute resolution options don't cover arguments over assessments, but Quigley and Law say that was never at the heart of their complaints.

“A lot of times people can’t afford to fight. They just have to walk away,” said Law, who after saving her home from foreclosure, decided to move away and put the house on the market.

"I love this house," she said. "I just have not felt like I own the home because of the HOA."

As for Quigley, the HOA sold the house to an employee involved in her foreclosure. According to public documents, Legacy Investment Properties LLC, a company that didn’t legally exist at the time, bought the house for $1 and a portion of the profits.

The woman behind the LLC also reactivated her real estate license and sold the home to a new family seven months later.

The HOA and law firm recouped their money, the LLC likely made some, but Quigley ended up homeless, losing tens of thousands of dollars in equity.

“The courts have said, there is no legitimate reason for not paying. If you believe the association has done you wrong, then sue the association,” said Nowack, reinforcing the order of events:

'Can't breathe. Help me,' he begged as nurses laughed. But jury may never see video of vet's death

Sophie Speaks: How a Georgia mother allowed her boyfriend to impregnate her 10-year-old