'We failed and we are very sorry': 3 Loveland, CO, police employees no longer with department after Karen Garner arrest 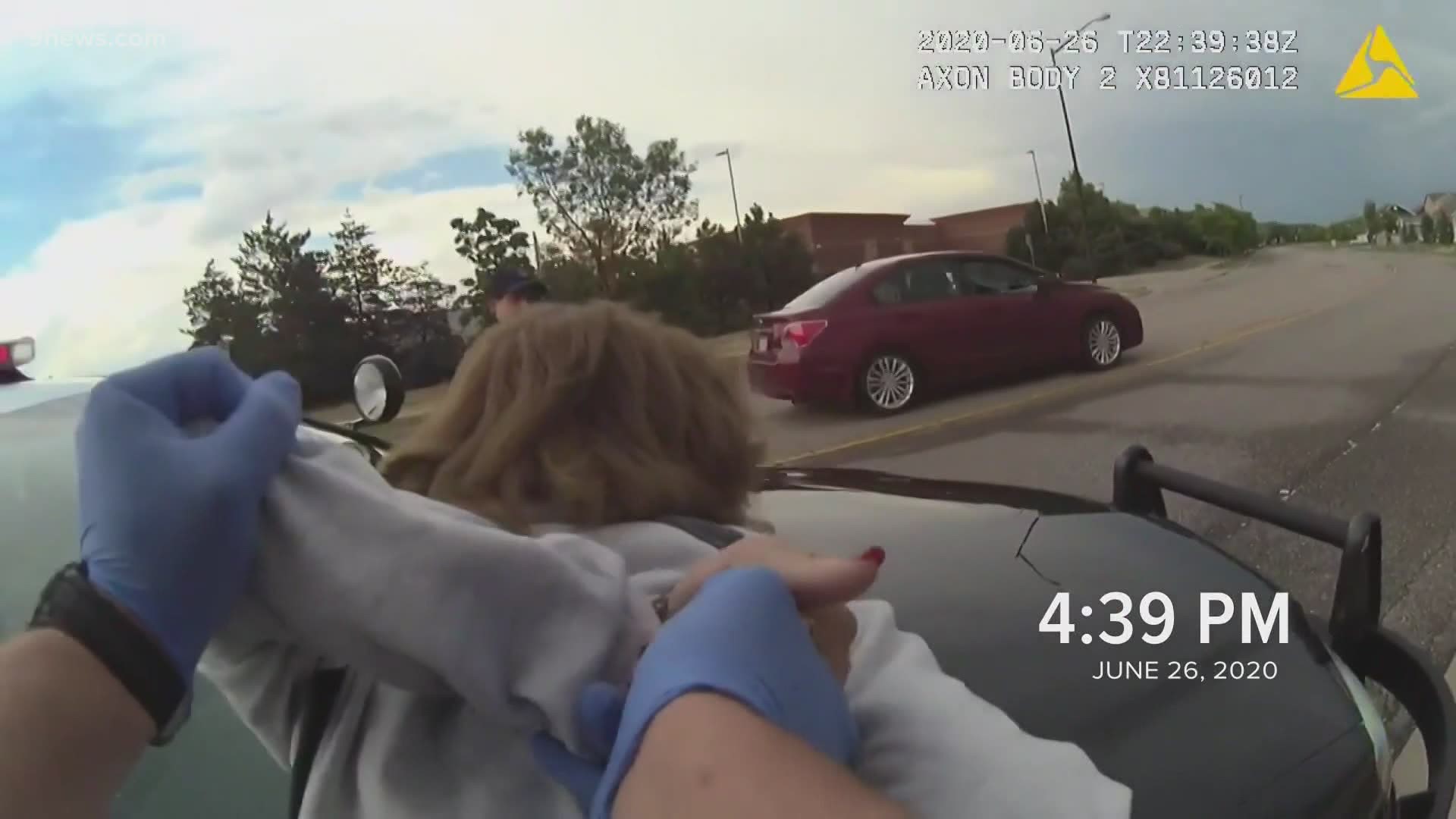 LOVELAND, Colo. — The Loveland Police Chief announced personnel changes Friday after the department was accused in a federal lawsuit of forcefully arresting and injuring an elderly woman with dementia last summer.

Chief Bob Ticer said that three employees involved in the arrest or booking of 73-year-old Karen Garner are no longer employed by the department. They include:

Ticer did not specify if the employees were fired or resigned, but he said he was involved in that "process" along with human resources at the department. Tom Hacker, a spokesperson for the Loveland Police Department, later confirmed to 9Wants to Know that they had resigned.

“We failed and we are very sorry for that,” Ticer said. "What you saw on the video was not the Loveland Police Department. It hurt to see that.”

Earlier this week, four employees were put on administrative leave after body camera footage showing the arrest of Garner was made public. Garner was arrested last summer while walking home along Mountain Lion Road. She had just come from a nearby Walmart where she attempted to leave without paying for about $14 worth of items, the lawsuit says.

Ticer said the department was made aware of allegations of serious bodily injury on April 14 and contacted the Eighth Judicial District Attorney's Office.

Ticer, the district attorney and partner agencies in Larimer County agreed to invoke a Critical Incident Response Team to investigate, which is ongoing.

Once that investigation is completed, an Internal Affairs investigation will be conducted by Loveland's human resources director and a third-party investigator.

Footage of Garner's arrest on June 26, 2020 arrest was released by attorney Sarah Schielke who filed a federal civil rights lawsuit on behalf of Garner. The lawsuit alleges that Garner was forcibly pushed to the ground and that during the arrest she suffered multiple injuries including a broken arm and dislocated shoulder.

> Below: Body camera footage shows the arrest of the 73-year-old. This footage has been edited by the law firm representing Garner. (Warning: The content in this video is graphic and may be disturbing to some viewers.)

The lawsuit also claims that Garner was left for hours at the jail without medical attention despite having obvious injuries.

Schielke also released a second video she said shows the three arresting officers watching body camera video of Garner's arrest, laughing and celebrating the excessive force, and fist-bumping the fact that one of the officers intimidated a citizen who stopped to make a complaint.

A statement from a Walmart spokesperson says Garner escalated the situation, forcing employees to call police.

"Circumstance vary, but stores have discretion to call law enforcement when they have need," the statement says. "When we addressed this issue with the customer she became unreasonable and escalated the situation by ripping the facemask off one of our associates and fleeing the store."