The X-Line end terminal is at the center of several lawsuits, which families claim the terminal malfunctioned, and it maimed and killed their loved ones. 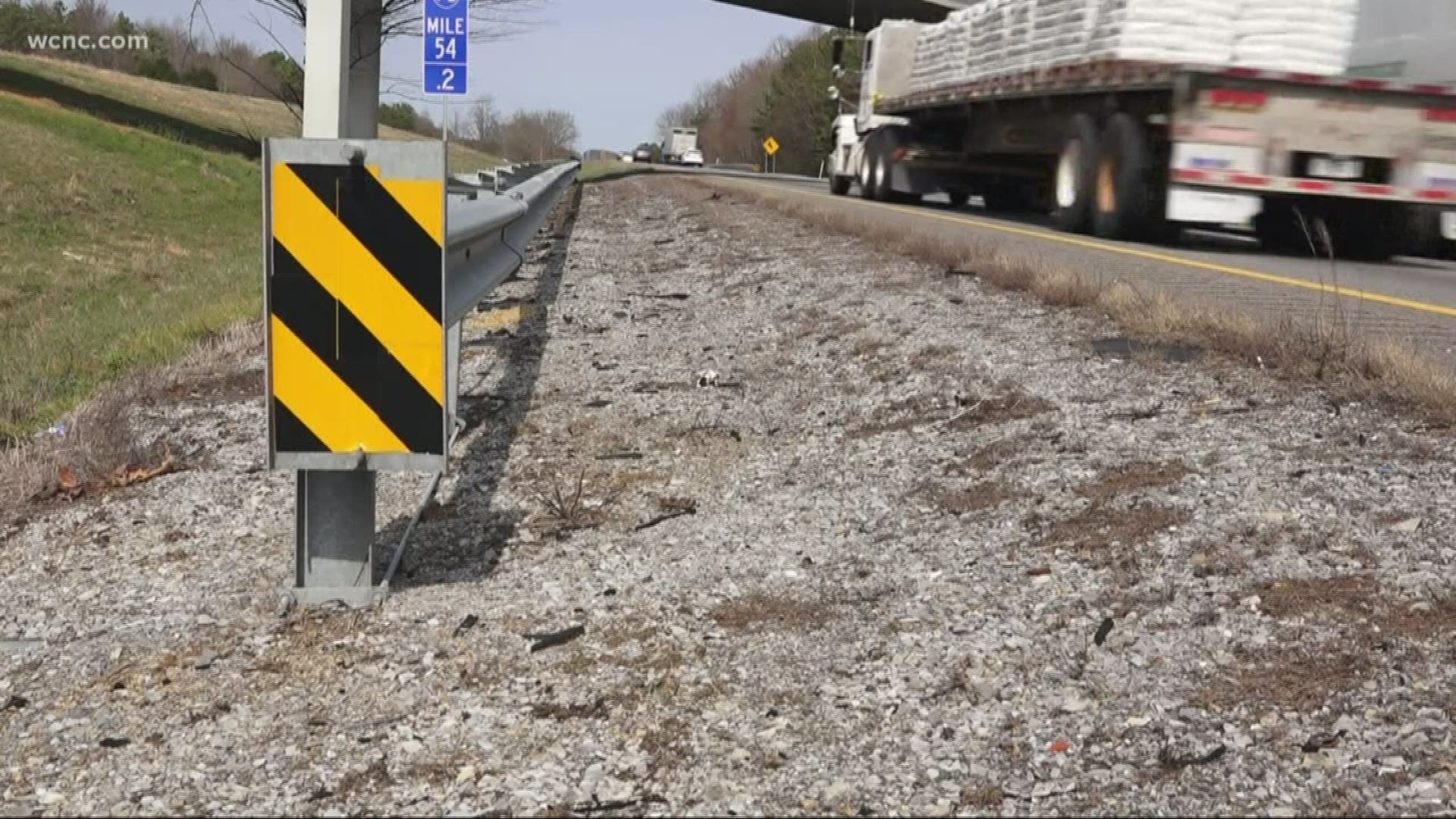 GASTONIA, N.C. — A company accused of making controversial -- and some claim deadly -- highway guardrails is under federal investigation.

The Lindsay Corporation, which makes the X-Lite end terminal, revealed in its annual 10-K report to shareholders that the Department of Justice is "...conducting an investigation of the Company relating to the Company’s X-Lite end terminal and potential violations of the federal civil False Claims Act."

The report said the Department of Justice first notified the company about the investigation in June 2019.

Prosecutors use the False Claims Act to combat fraud by people and companies against the government.

The X-Lite end terminal is at the center of several lawsuits from across the Southeast.

Highway end terminals are designed to absorb the energy from the impact of a car if it crashes into it, but families involved in lawsuits said instead of absorbing the energy of an impact, the terminals pierce through cars, maiming and killing their family members.

Stephen Eimers' daughter died three years ago when her car crashed into an X-Lite terminal in Tennessee.

"What needs to happen, and it's more important than any kind of federal investigation, is state action," Eimers said.

Tennessee is removing every X-Lite terminal in the state, whereas North Carolina is phasing them out.

North Carolina DOT is no longer using the terminals, and it's replacing every X-Lite terminal when it comes up for maintenance, but it's not swapping out all four-to-five thousand terminals at the same time.

"That is absolutely unconscionable. It's lazy. It's obnoxious," Eimers said. "I find it very difficult to be the parent of a dead child, and they find it difficult to locate a guardrail end terminal and replace it, and it be too costly?"

In response to NBC Charlotte's questions about the federal investigation, the Lindsay Corporation e-mailed, "We are unable to comment."

The company launched a website called, "X-Lite Facts," which asserts, "The X-LITE Guardrail End Terminal successfully passed crash and safety tests in accordance with FHWA standards and criteria, and it remains qualified for use on America’s roadways today."