Lawyer: "[Arbitration] is a way to sweep all of the dirt under the rug so that no one can see it." 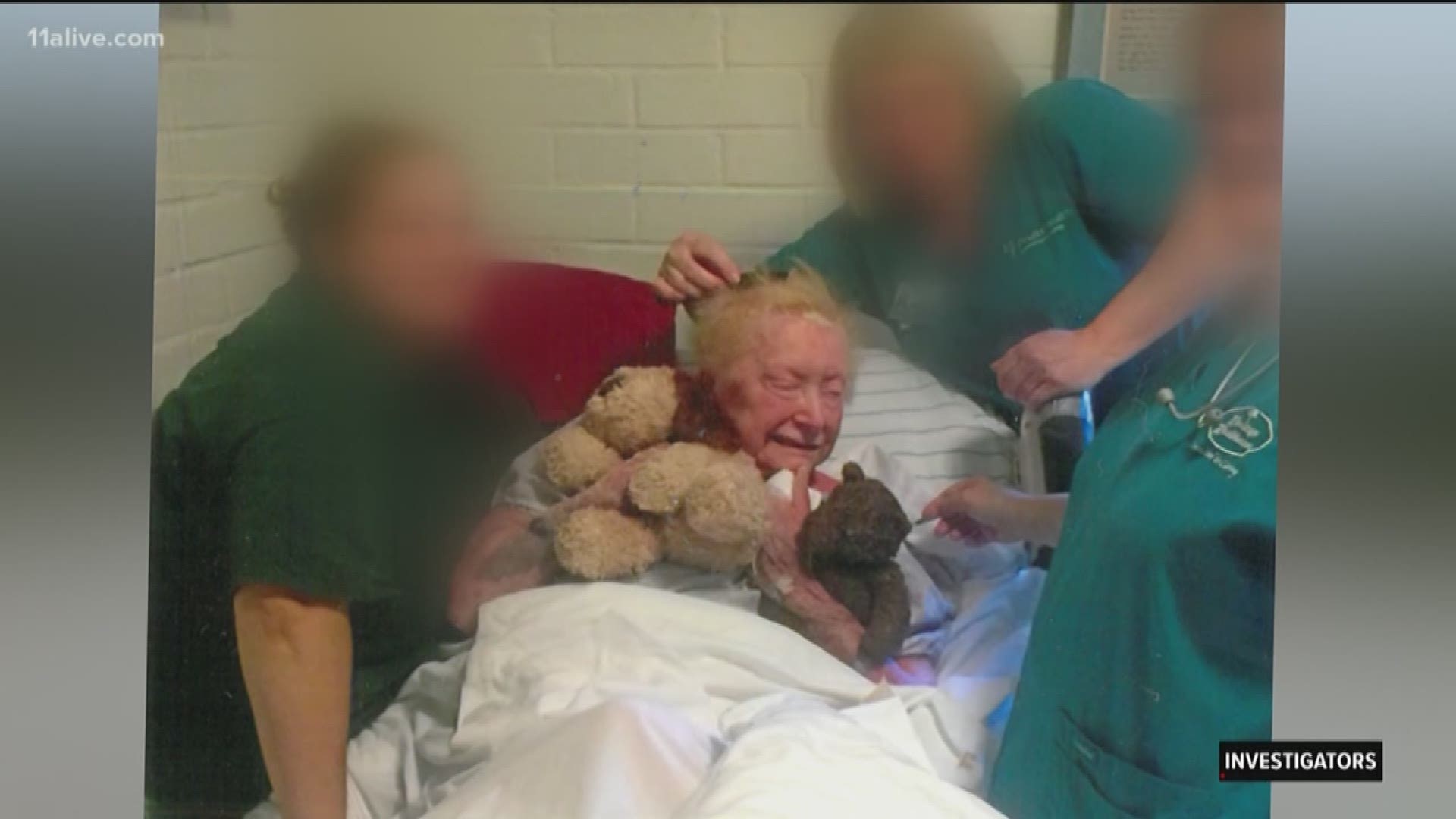 The intent of arbitration is to allow two equal parties to resolve issues out of court. While the agreements are binding, the disputes are not open to public disclosure.

Mike Prieto is former president of the Georgia Trial Lawyers Association. The metro Atlanta attorney says in the final days of the legislative session, lobbyists tried to convince lawmakers to pass legislation that would made arbitration agreements mandatory for nursing home residents before getting a bed.

“[Arbitration] is a way to sweep all of the dirt under the rug so that no one can see it,” said Prieto.

Prieto has arguably represented some of the most egregious nursing home abuse cases in the past year. One includes the death of 93-year-old Rebecca Zeni. She was essentially eaten alive by a scabies infestation at a Lafayette, Ga. facility in 2015. The case is still pending in court.

Prieto also litigated a case involving 89-year-old James Dempsey, who died begging for help at a metro Atlanta nursing home in 2014. A hidden camera installed by the family captured his death. The owners of Dempsey’s nursing home took 11Alive News to court in an attempt to prevent the video from airing on TV.

After 11Alive aired the video, three nursing home workers were charged in connection with his death.

Prieto says if the residents or their legal guardians signed arbitration agreements, the public may never have known what happened to them. “I think the devastating thing to the families is the inability to seek justice, publicly,” said Prieto about arbitration.

►RELATED: Home where woman was 'eaten alive' collects millions from taxpayers, has history of violations

According to a court affidavit involving in a pending lawsuit, a former Pruitt admissions director claims in 2012 she had to residents sign arbitration agreements even when they were not competent. (Read the affidavit)

The former employee, Susan Alston, claimed agreements were purposely buried in a large stack of admissions papers and a staff bonuses were factored into the number of residents employee could convince to sign arbitration agreements.

“I found the whole process of presenting agreements and having residents of family members sign arbitration agreements to be very unethical and depressing,” said Alston.

“No one admitted to a PruittHealth facility is required or pressured to sign an arbitration agreement; in fact, a significant percentage of patients choose not to sign. Arbitration agreements are standard across many industries and benefit both parties, but signing the arbitration agreement at our facility is absolutely voluntary. The affidavit in which this article is based contains numerous false statements; We intend to explore every possible cause of action against this affiant for her defamatory remarks.”

The Georgia Health Care Association and the Georgia Center for Assisted Living believe arbitration is cost-effective for both parties.

“These costly lawsuits, in fact, the mere threat of them, also increase ﬁnancial burdens on skilled nursing centers and threaten the ability of centers to deliver quality care,” wrote Devon Bacon by email, the organization’s communications director. “The increased burden brought on by cases that would otherwise be settled through arbitration shifts resources — both in terms of cost and staffing — away from bedside care and into the courtroom.” (Read the full statement)

Kathy Floyd is the executive director of the Georgia Council on Aging. She says arbitration should be an option, but not mandatory.

Floyd suspects the nursing home industry will lobby for arbitration next legislation. “People need to have that right to sue and you should not have to sign that right away to get a bed at a facility,” said Floyd.

WATCH THE FULL INVESTIGATION MONDAY NIGHT AT 11 ON THE LATE FEED.

Have a question? Connect with 11Alive Investigator Andy Pierrotti.