'We are not here to celebrate' | Tamika Palmer, activists renew calls for justice ahead of Breonna Taylor anniversary

"The tone of this weekend we want to be very clear that we are not here to celebrate...a year later there still has not been justice." 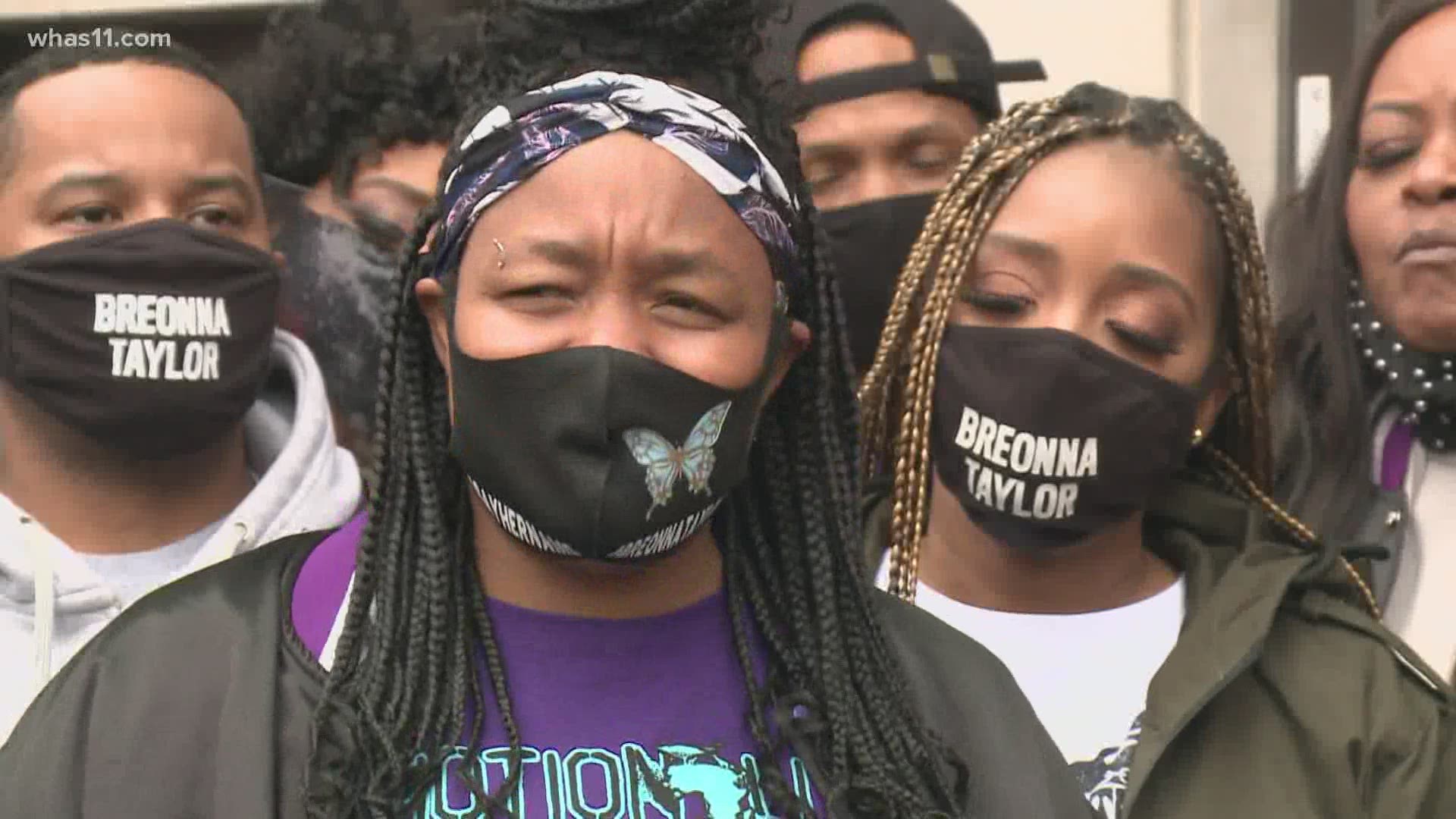 LOUISVILLE, Ky. — In a news conference Thursday, Until Freedom, the national social justice group that stayed in Louisville during the summer of 2020 for Justice for Breonna Taylor protests, discussed planned events this weekend in the one-year remembrance of the police killing of Taylor.

Group members, alongside Taylor's mother, Tamika Palmer, gathered outside of the Office of Commonwealth's Attorney Tom Wine, who they are asking to prosecute the officers involved in Taylor's killing.

"It is with heavy hearts that we come here this weekend," Co-Founder of Until Freedom, Tamika Mallory, said.

Co-founders of Until Freedom, Breonna Taylor's family and local activists called on him to take action and are renewing calls for justice in the case.

"Tom Wine you got a job to do that's all we asking you to do," Palmer said. "You've seen us stand, you've seen us gather, march, protest, cry… it's crazy how long it's been what you won't see is us divide on what we want."

Earlier this week, all charges against Kenneth Walker, Taylor's boyfriend, from the night she was shot and killed were permanently dismissed.

Although, the group and supporters feel the dismissal was progress, they believe there is still more work to do.

Until Freedom and Taylor's family will hold a rally in Jefferson Square Park on Saturday to mark the anniversary.

"The tone of this weekend we want to be very clear that we are not here to celebrate we are not celebrating here," Co-Founder of Until Freedom, Linda Sarsour, said. "There is a woman whose been murdered at the hands of LMPD and a year later there still has not been justice."

The group said this weekend's events will be the beginning of what's to come this season to let people know that they're fighting for justice for the long-haul.

"I am so excited that the summer is coming back so that people can get inspired to get back in the streets we will not stop fighting for Breonna Taylor ever," Mallory said.

Commonwealth's Attorney Tom Wine released a statement Thursday evening saying in part: "The Office of Commonwealth’s Attorney does not plan to present this matter to another grand jury as long as there is a pending federal investigation. To do so would create a risk of inconsistent results and recommendations and potentially hinder rather than advance justice in this case"

Until Freedom and the non-profit Roc Nation will sponsor a food distribution on Sunday where families who have lost loved ones to gun violence will help serve roughly 1,000 families.

To learn more about their weekend events, click here.