Elevators inside vacation rentals can crush children, according to federal regulators 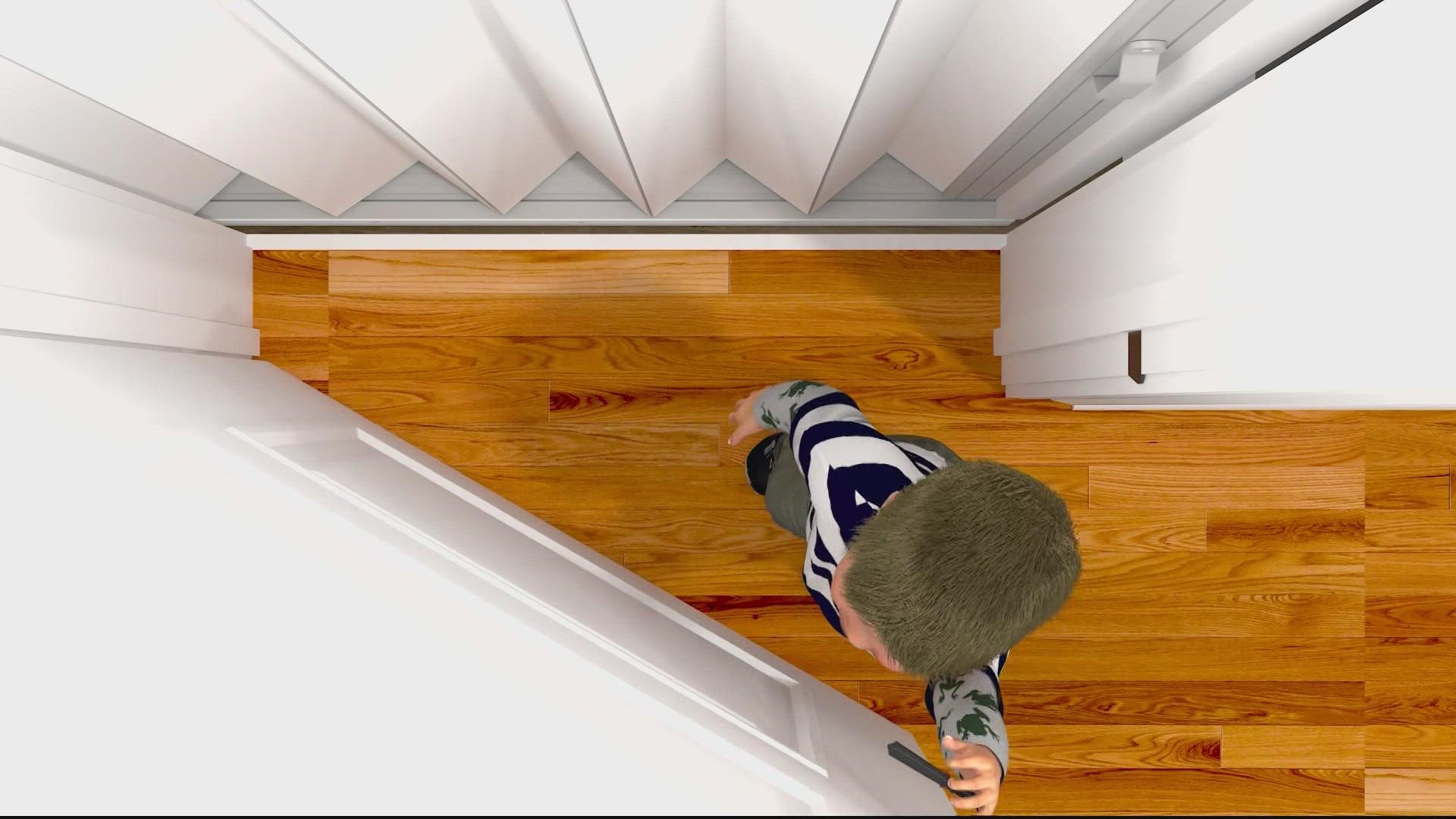 WASHINGTON — A 7-year-old boy was crushed to death by an elevator at a vacation rental home on July 11 in North Carolina. Police say he was playing a game of hide and seek and got trapped in between elevator doors in a small gap. Unfortunately, he’s not the only child to have died this way.

2-year-old Fletcher Hartz’s parents say their son was destined to be an engineer.

“Loved to turn switches on and off. Light switches, fans, whatever you could get his hands on,” recalled Fletcher's father Ben Hartz.

In 2017, the Hartz family visited a home in Little Rock, Arkansas with an elevator installed for an elderly relative. Fletcher pushed the elevator button. He was out of his parent's sight for a few minutes. Forensic engineering animation shows how Fletcher closed the door behind him – getting stuck behind another elevator door.

"We were trying to get him out. And so we pushed the button. So the door would open and at that point, it had homed to the second floor in all the chaos of him being in there and it came down and crushed… at that point while we were standing there. He got silent immediately," said mother Nicole Hartz.

The Consumer Product Safety Commission, or CPSC, says 22 people have died in home elevator accidents since 1981. Most of them are children. More have suffered life-altering injuries.

Dennis Brickman with engineering firm ESi studied these elevator accidents and uncovered a quick and easy fix, “We mounted the space guard inside of the swinging door and those same kids, four years, five, and seven years old, were not able to close the door and get caught in the gap.”

Credit: ESi
Experiment showing how space guards can prevent a child from getting trapped in a home elevator gap.

"We just don't want to hear of another Fletcher," added Nicole Hartz.

Yet after another home elevator child death this July, the CPSC urged vacation home rental companies to require homeowners to disable their elevators immediately. WUSA9 reached out to multiple elevator industry trade groups and has not received a response.

Unlike business and freight elevators, home elevators have no regular inspection requirements according to the CPSC.

"We’d like to see the Consumer Product Safety Commission take control of this issue. We know that they know it’s a problem, and now the question is what are they going to do about it and how soon?"

The CPSC filed a lawsuit against home elevator company ThyssenKrupp Access on July 7. It accused the company of distributing nearly 17,000 elevators before 2012 having the fatal flaw, allowing children like Fletcher Hartz to get trapped between doors. The CPSC says elevators newer than 2012 don’t have the flaw.

The lawsuit claims the company refused to voluntarily recall the flawed elevators.
ThyssenKrupp declined an interview but tells WUSA9 in a statement that any flaws are the fault of improper installations by third-party installers and urges homeowners, as they say they have been since 2013, to register for a free gap space measurement and space guards. The company stopped distributing home elevators in the United States in 2012.

Another manufacturer, Otis, recalled home elevators made before 2012 for inspection and repairs while those made after don’t have the potentially fatal flaw according to the CPSC.

"I think that was just the most unbelievable thing I found out after Fletcher's accident was that this was a known problem. It was known how to fix it. And nobody had even told us," said Nicole Hartz.