It's been over five years since this family has seen their family whole. They say a broken system and broken promises are to blame. 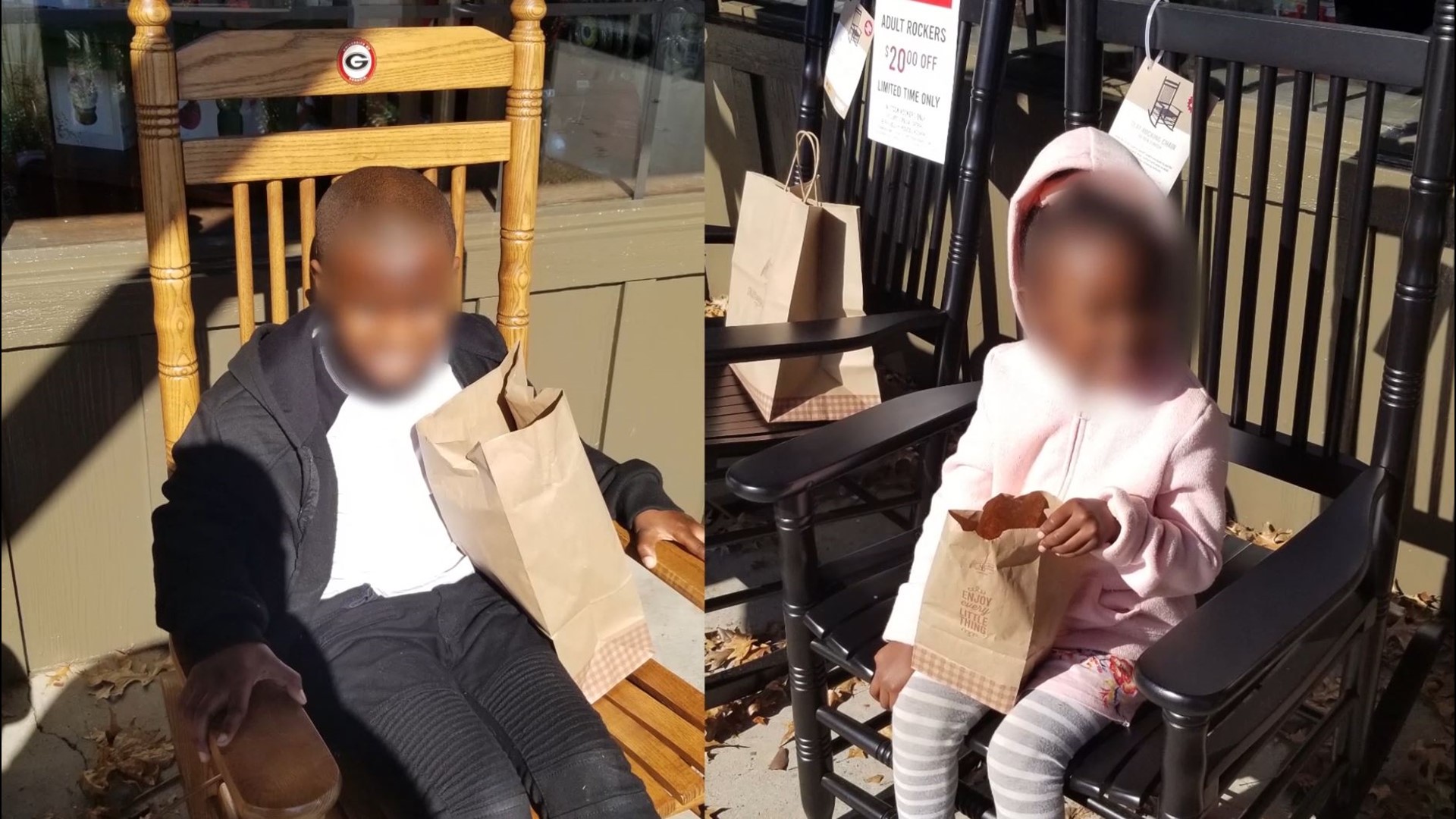 GWINNETT COUNTY, Ga. — Five years is a long time to wait for any decision to be made. But for one family, it may not be long enough.

They’re waiting for a Gwinnett County court judge to decide what role they played in the death of their oldest son and what will happen next to their two living children, the youngest taken as an infant from her mother’s arms.

“Every time I have to say bye to my kids, that really hurts, and I can tell it’s hurting them,” said their mother, sitting on a bench at a park near the Gwinnett County apartment where she lives with her husband.

That’s why this mom said she’s making public a private conversation with the Division of Family and Children Services, or DFCS, exposing what she calls troubling truths about our child welfare system.

The family's son, Geovonnti, had a long list of medical concerns from birth, but doctors began to wonder if something else at home was making his condition worse. No one could figure it out before he died.

Police ruled the parents committed no crime. But while the medical examiner couldn’t determine a cause of death, she believes the child was abused at some point while alive. The family argues his medical diagnosis explains his injuries, he was sick and frail.

Court records in juvenile cases are not open to the public, neither the social workers or judges can talk publicly about the case and the attorneys involved generally won’t.

The Reveal Investigator Rebecca Lindstrom did, however, get to listen to a two-hour conversation from January 2017.  It was a family team meeting to address concerns they had about the case, the conditions of her son’s visitation and his foster home.

In the recording, the DFCS employees in attendance seemed sympathetic, but one reminds the mother, “We have to make sure 100 percent that this is the best decision on behalf of these children.”

“The fact that you’ve had a number of case managers has impacted this case very negatively,” another employee added later.

The family can count off six caseworkers, the most recent one accused of sitting silently in court as DFCS’ own attorney blasts them for something she knows isn’t true. At issue was how the parents booked their court-ordered evaluations.

The mom said she was unable to reach the original doctor and worked through her attorney and caseworker to get another referral. Emails and text messages provided by the family back up their claim and, in the recording, the caseworker admits to as much.

“Nobody corrected this man,” the mother said, the frustration clear in her voice. “The guardian ad litem even went so far as to say, if these parents aren’t doing what they’re supposed to do, maybe we should look at fines or putting them in jail. You want to say that when I did what I was instructed to do?”

In the recording, DFCS promised at the next court hearing to set the record straight, but the hearing came and went. The mom said no one said a thing. Lindstrom was also in the court for several days and, instead of a retraction, heard the same accusations made.

It may seem trivial, but this mother said the judge’s opinion is critical and that this is just one example of misinformation allowed into the record, unrefuted.

Mom said that’s another problem. Neither her husband’s attorney nor hers stood up for them either.

“I need you to make sure your attorneys are proactive because it doesn’t sound like they’ve done a very good job either,” said the female DFCS employee involved in the meeting.

As The Reveal researched the family's case, Lindstrom found a document their attorneys, at the time, said they’d never seen. The family said it shows a witness making conflicting statements in the early days of the case.

The family has asked repeatedly for copies of court orders and rulings to better understand what’s happening in court but said they’ve never received them.

“They are a party which means they are to get a copy of all pleadings, all motions, all court orders,” attorney Ashley Willcott, a child advocate and judge pro tempore, said. “The attorney, then, is to provide [them]. Part of our problem with our system is you have to be able to fight for every little piece of it.”

Willcott is not involved in this case but commented regarding policy and procedure that surround all DFCS and juvenile court matters.

In this case, the parents are represented by public defenders. The mother's most recent attorney said in an email, “I understand this is a terrible process. I came on the case late, but I will try my best to make sure the children are placed back with you.”

The words were encouraging, but after seven months on the case, she still had never met the attorney or talked with him on the phone. In August, he decided to withdraw from indigent defense cases. Mom has no idea who is representing her now.

Emails exchanged between Lindstrom and the Gwinnett Administrative Office of the Courts revealed the mother's last attorney had gone to work for the Guardian Ad Litem’s office, the same office fighting to keep the children from returning home.

And nearly two months after her most recent attorney filed a motion to withdraw, the administration seemed unaware. A new attorney was not assigned until after Lindstrom started asking questions.

RELATED: Grandfather's rights: Can your own parent take your child?

State law requires a status hearing before the judge every six months, but there hasn’t been a hearing in this case since last June.

“In 2014, there was a rewrite of the juvenile court code and it put into play a number of time frames to prevent cases from lingering in court,” said Willcott.

Whatever the initial concerns, the mom questioned if it still remains. Her children are nearing five and nine.  They attend school and will likely remain in therapy for years. If they were experiencing abuse or having problems in the home, there would be mandated reporters that could alert DFCS or police.

She questioned why taxpayers are footing the bill for attorneys, foster care and transporters to facilitate visits when they could come home, attend family counseling, and even have a caseworker conduct welfare checks if needed.

The family usually get to see their daughter two hours a week. Visits with their son are twice a month, not on a playground, but in an office so a therapist can be present.

“There’s tables and chairs. There’s like a whiteboard in the front. There’s nothing there for a child,” she said.

Still, they bring games and do their best to have fun playing hide and seek behind the tables and chairs. But with every visit she asks, who is our child welfare system helping if this is how it works?

“This is an example of a system fail, regardless of what happens,” said Willcott.