'It was an opossum just sitting there': Man speaks out about seeing critter at a Midlands Applebee's

Customers of a Midlands Applebee's were shocked to see a marsupial at the bar. 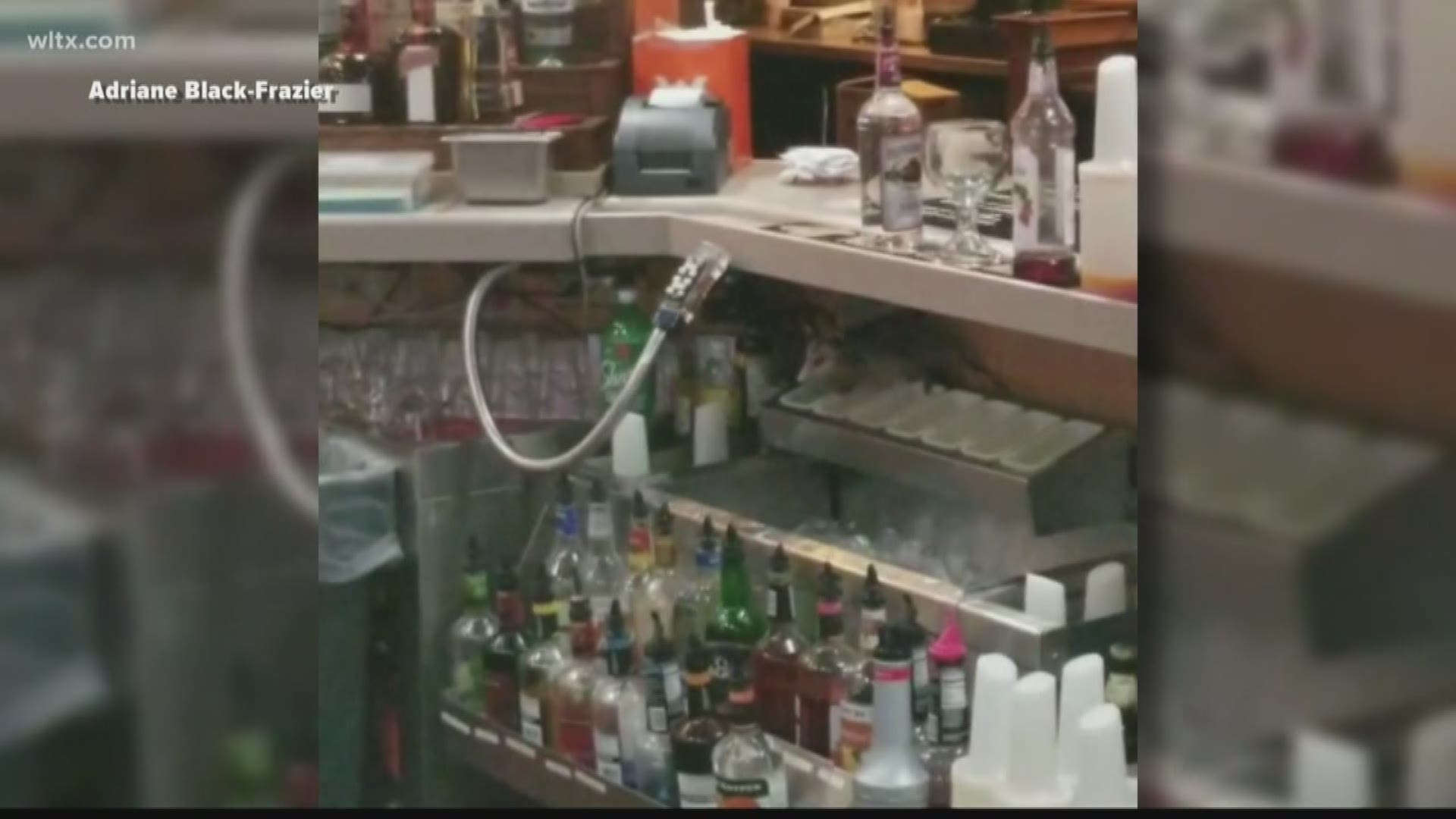 COLUMBIA, S.C. — On Friday night, Jimmie Frazier says he was eating dinner and having drinks with his wife and sister when he noticed something crawling near the bar.

"I'm looking at this thing moving by the crate and as it comes up I'm thinking it's a mouse," says Fraizer. "As it came up, it got longer. I said it's a opossum, just sitting here, like we're not here."

Video taken on his wife's cell phone shows the critter moving around under the bar and crawling on fruit over the ice.

Fraizer says people ran out of the restaurant and when the manager was notified they both tried to corner the opossum.

"I said the best thing y'all could do is close this section right here, so that it can't get from behind the bar," Frazier explained. "So she put a trashcan down that was a rectangular shape. I said ma'am, he'll jump over that."

The safety of our guests and team members, as well as the cleanliness of our restaurants is a priority at Applebee’s. This isolated incident occurred following a heavy rain. Immediately when the animal entered the restaurant, the team acted fast to contact animal control, which was able to safely and quickly remove it from the restaurant. The team then took extra measures to thoroughly clean and disinfect the impacted area.

DHEC confirmed that the incident happened at the Applebee's Grill and Bar off of Fernandina Road in Columbia.

They explained in an email that "In a case such as this, the animal must be removed, all impacted food items must be thrown out, and the area cleaned and sanitized."

Fraizer says he was later asked by the bartender to pay the tab, as if nothing happened.

While the experience was terrible, it didn't leave a bad taste in his mouth.