News 19 obtained multiple letters outlining the timeline leading up to the charge and expulsion of a student who threatened to "shoot up" the school. 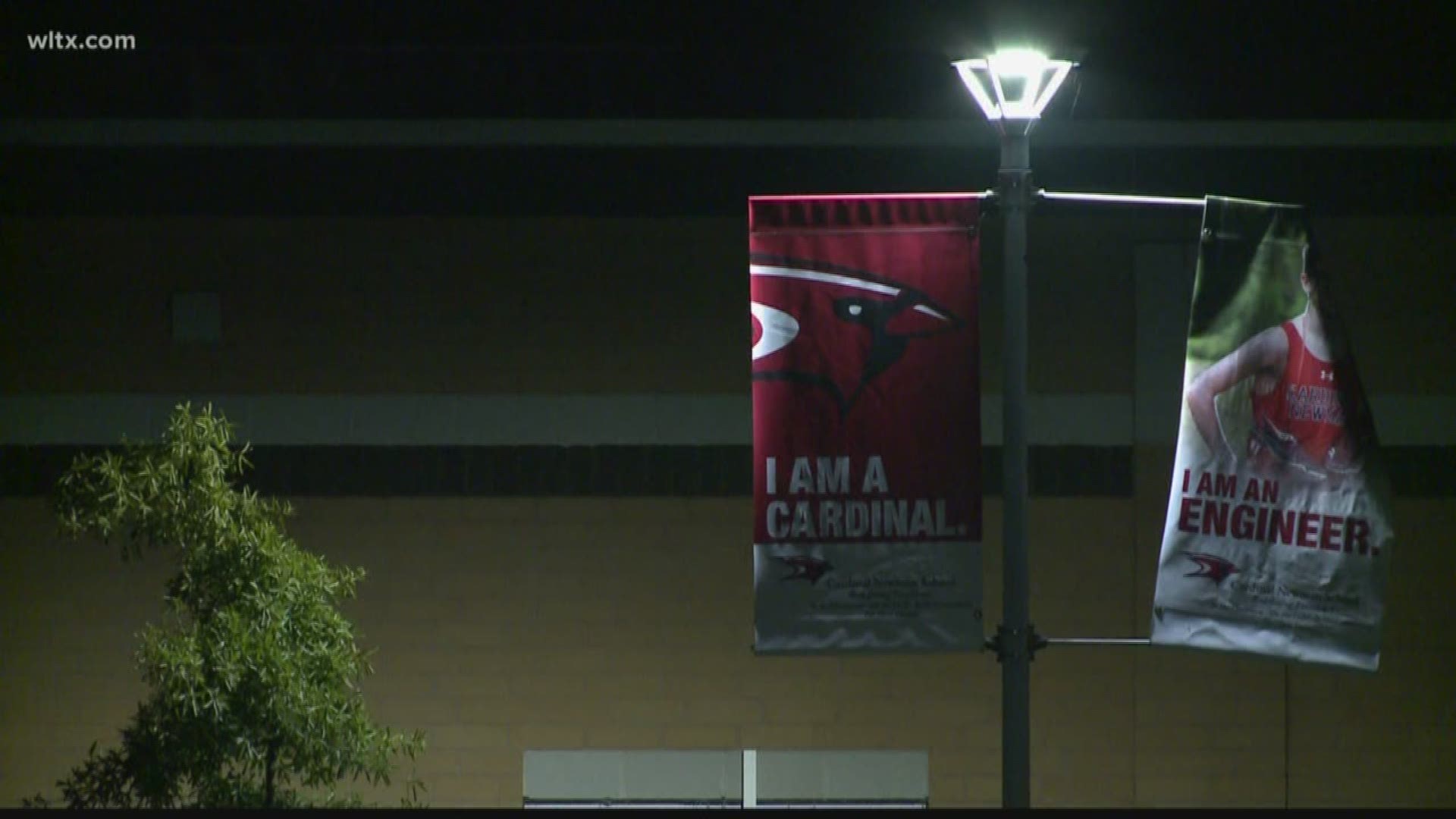 COLUMBIA, S.C. — We're learning more about the timeline around the case of a 16-year-old boy who Richland County deputies charged after they say he made racist comments and saying he was going to "shoot up" Cardinal Newman school.

On Sunday, News 19 obtained multiple letters sent to students and faculty by the school's principal Robert Loia outlining the timeline leading up to the charge and expulsion of the student.

An incident report from the Richland County Sheriff's Department revealed a list of disturbing actions by one student dating back to mid-May that were eventually brought to the attention of school officials. Administrators discovered a group text with multiple videos of the student making racist comments and pretending to shoot black people. Officials say the student used a real gun to shoot a box of basketball shoes because in his words, he quote "hates n-words and they are stinky".

Two days after the student's expulsion investigators say they found more videos and texts from the young man saying he was on his way to shoot up the school. The text also had a video of the boy shooting a long gun. Officials added the student also used what appeared to be an automatic rifle and a shotgun in his videos.

He writes that staff first became aware of the threat on Saturday, July 13 when a parent reached out to the school after their student was included on a group text message that contained racist videos.

"We contacted the Richland County Sheriff's Department about the videos that evening," Loia writes.

Two days later, after interviewing students who had received the videos, school officials met with the parents of the teen who appeared in the threatening films and informed them that their son, who has not been named because of his age, would be expelled.

Instead, the family chose to withdraw him. Still, school leaders made clear that the student was "banned from school property."

At this point, law enforcement had determined that the videos they received did not constitute criminal prosecution, but, on July 17, following the revelation of another video -- this time of the student threatening to "shoot up the school" -- the sheriff's department decided to arrest the teen the same evening.

A number of parents voiced concerns about why they weren't contacted about these events sooner.

According to Loia, school leaders felt the threat had been "neutralized" and didn't want to compromise any ongoing investigation.

"If, while all these events were unfolding, the school leadership team and/or diocesan officials believed the school community was in danger, we would have immediately communicated with you," Loia writes.

They are continuing to strategize how to provide additional "diversity appreciation" training for faculty, students and others in the Cardinal Newman community.

The student is charged with student threats and was taken to the Richland County jail.