Off-duty cop is first on scene of Georgia train derailment, ignoring flames to rescue 2 on board

After locating the rail car and engine, he heard male voices in distress and called out to them. 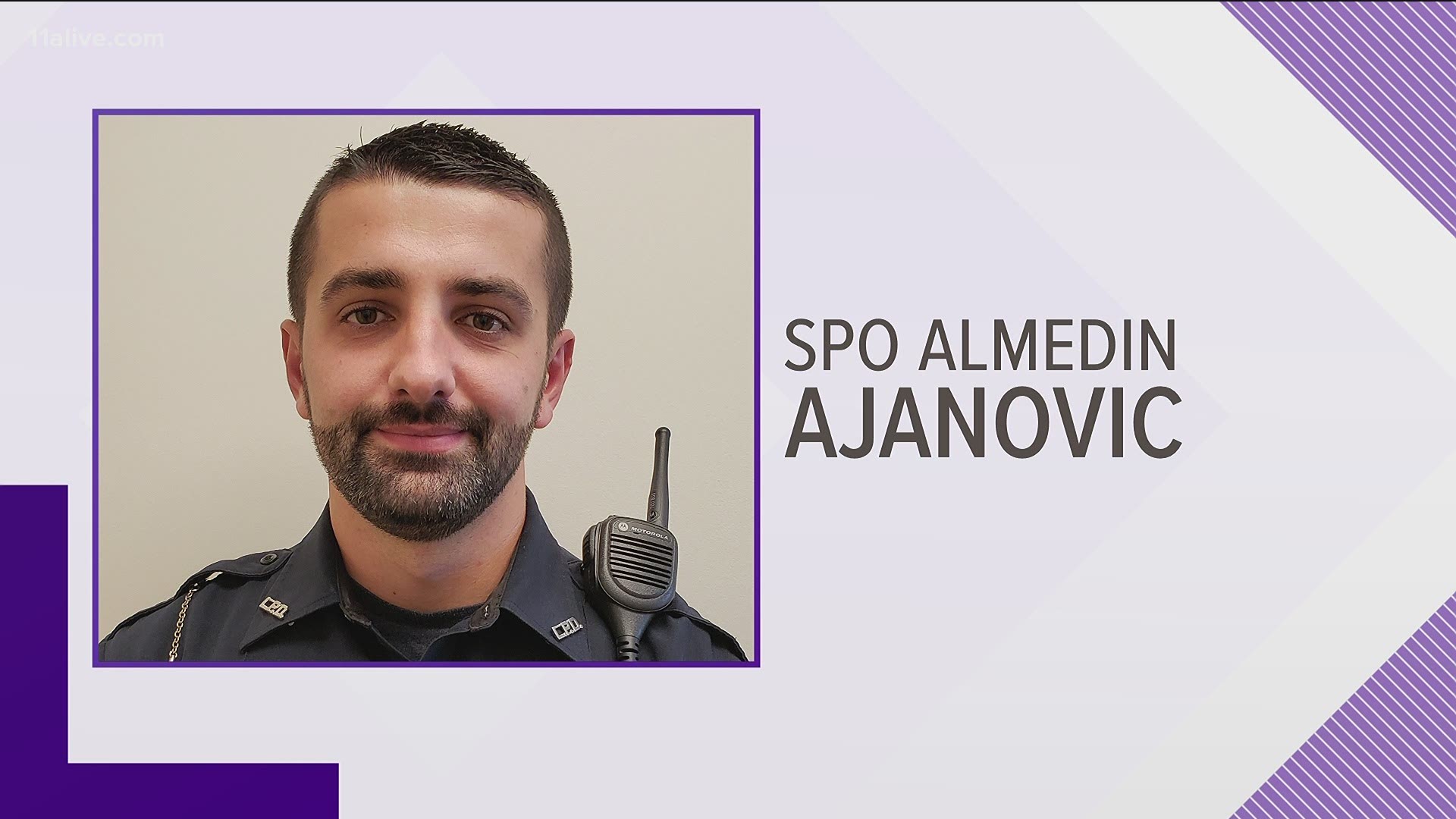 LILBURN, Ga. — Despite hearing explosions and feeling the heat from fire, a senior Lilburn Police Officer heading home from an off-duty job was the first on scene of a train derailment early Sunday morning and helped rescue the two men on board, the department said.

It was at around 1:30 a.m. when senior police officer Almedin Ajanovic heard the dispatch call for fires and explosions related to a CSX train that derailed. Without thinking twice, police said the officer responded to the scene.

Ajanovic headed into the woods on foot along the railroad tracks and the Camp Creek Greenway attempting to locate the wreckage when he heard an explosion and witnessed a "massive fireball erupting into the air," the department said Monday.

After locating the rail car and engine, he heard male voices in distress and called out to them.

Ignoring the heat from the fire and a "Danger High Voltage" sign Ajanovic climbed into the wrecked rail cars to help the men down, the department said.

"We can be so proud of our officers and the selfless attitude they bring to a most challenging job," Lilburn City Council member Emil Powella said.

Ajanovic guided the men back to Main Street and worked with the fire department in letting them know where to go.

Keeping the CSX employees calm, he helped clean them up until EMS arrived, they said. Both men were transported to Northside Gwinnett Hospital but were released later that day.

"Always proud of our Police department," Lilburn Mayor Tim Dunn said. "Individuals like AJ Ajanovic, who run toward danger, to assist those in trouble."

CSX told 11Alive that flash flooding ultimately washed away a portion of the tracks during heavy rain from Delta, causing the derailment.

They said 37 cars were derailed. Two of the railcars containing ethanol breached in the crash but have since been secured.

Fire officials said several railcars were engulfed in flames, causing a half-mile evacuation of homes in the area.