Here is a list of responses, including projects that have been pulled and executives who have vowed to boycott the state: 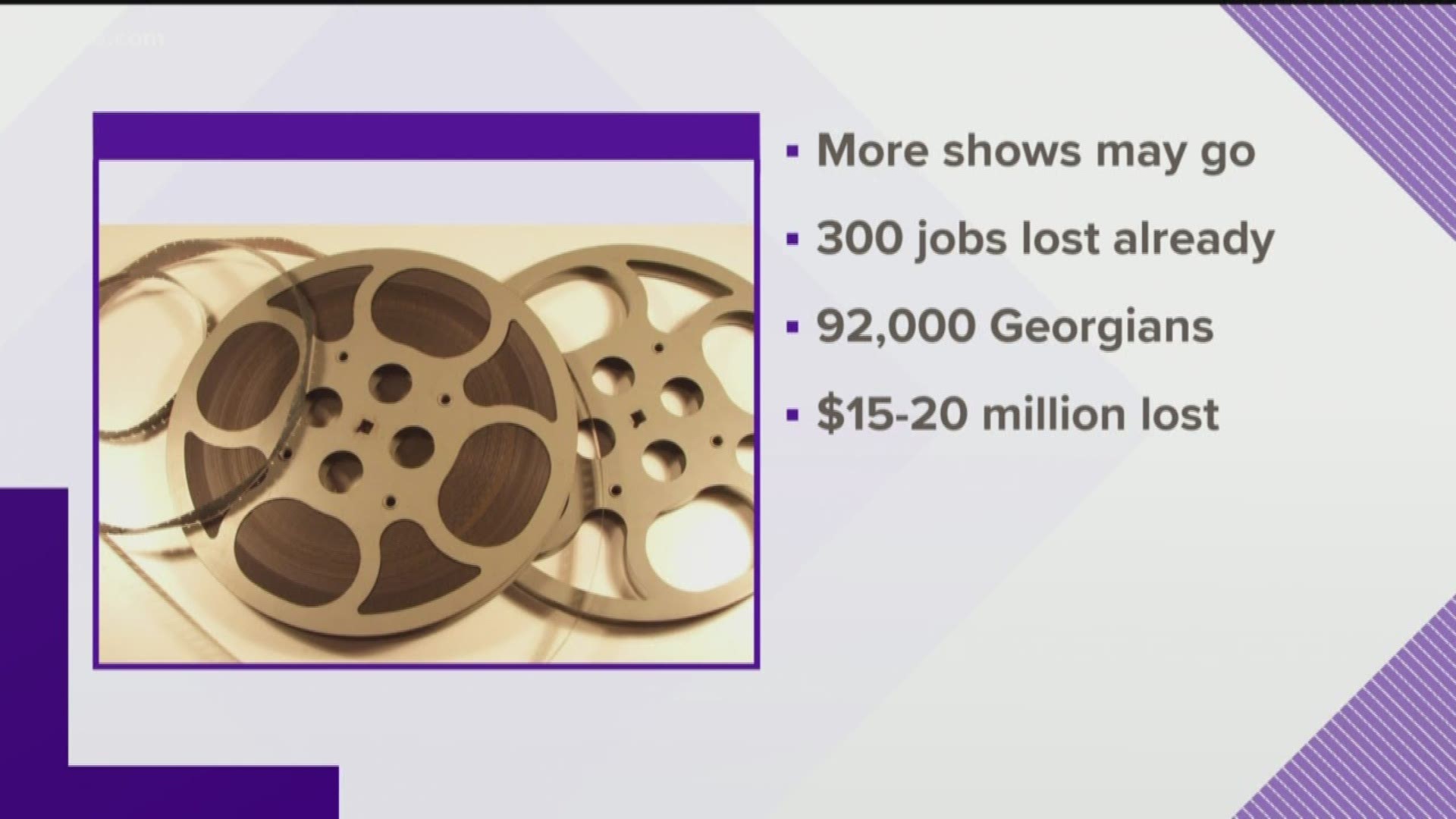 ATLANTA — Georgia's film industry has boomed in recent years, transforming the state into the “number one filming location in the world."

A bold tax policy has helped spur the creation of about 92,000 jobs statewide and brought in billions in spending.

The Peach State is now better known as the Southern Hollywood - or "Y'allywood."

At least some of that, though, has been put into jeopardy with the passing of HB 481 - the "heartbeat" abortion law, one of the strictest in the country.

Backlash from entertainment industry figures has been swift and harsh.

Here is a list of responses, including projects that have been pulled and executives who have vowed to boycott the state:

“Barb and Star Go to Vista del Mar” – Film – Kristen Wiig/Annie Mumolo/Lionsgate: Was in pre-production and scouting locations in Georgia.

“The Power” – TV – Reed Morano/Amazon: Was scouting locations around Savannah.

OTHER PROTESTS OR STATEMENTS

"Hillbilly Elegy" - Film - Ron Howard/Brian Grazer/Amy Adams/Netflix - Still filming here, but director Howard and producer Grazer said they will donate to the ACLU to fight the law and boycott Georgia if it goes into effect.

Netflix - The streaming service and production company says: "Should it ever come into effect, we’d rethink our entire investment in Georgia.”

Disney - CEO Bob Iger said it would be "very difficult" to film in Georgia if the law takes effect.

WarnerMedia - Parent company of CNN and Turner Broadcasting said it will "reconsider Georgia as the home to any new productions" if the law holds.

AMC Networks - Network that films one of the signature programs associated with Georgia, "The Walking Dead," said it would "reevaluate" its activity in the state if the legislation goes into effect.

CBS/Showtime - Says Georgia "may not be (a) viable location" in the future if the law takes effect.

NBCUniversal - The media giant did not mention Georgia specifically, but said it would "strongly impact our decision-making" on where to produce content if the state's law and similar ones in other states are upheld in courts.

Viacom - Says it will "assess whether we will continue to produce projects in Georgia" if the law takes effect.

Sony Pictures - Only said that it is monitoring the legal process the law is going through.

STX Entertainment - Will donate to the  ACLU to fight the law and "will reassess filming any future projects in the state" if the law officially takes effect.

This list will continue to update as more projects are affected.

MORE ON THE FILM INDUSTRY'S REACTION