After 25 years at the USDA, she retired, but shelved her mystery-novel pet-project and started writing freelance, all the while honing her story-telling talents. 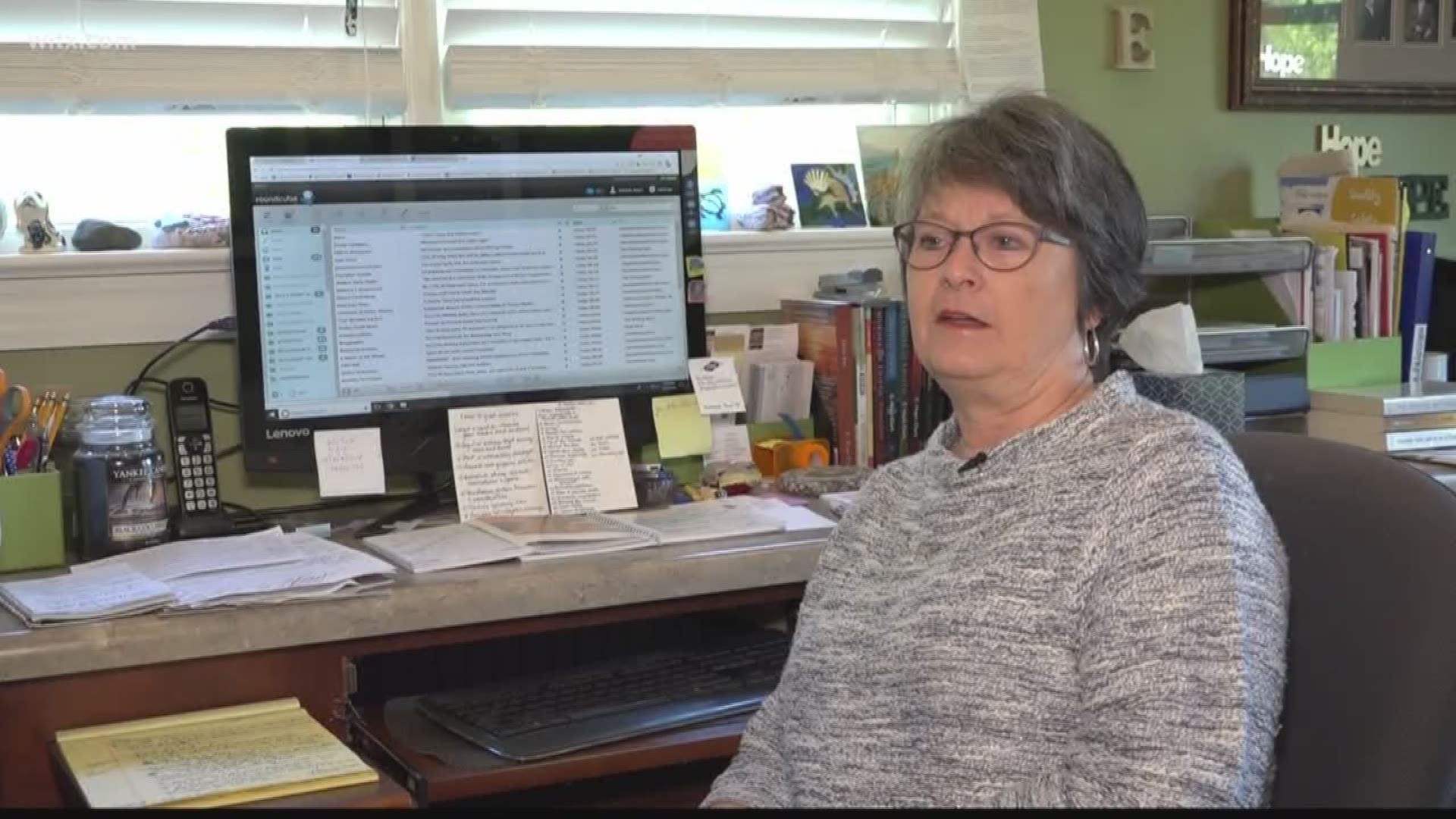 Columbia, SC (WLTX) Her pen-name is C. Hope Clark, and while working for the U.S. Department of Agriculture, (USDA) she began to write what she loved most, mysteries.

After 25 years at the USDA, she retired, but shelved her mystery-novel pet-project and started writing freelance, all the while honing her story-telling talents. She finally circled back to her book years later.

Clark recalls, "I pulled it down and, after four years, realized that was the most horrible writing. It was so bad. But I had written every day since then, freelancing, writing for magazines, writing for blogs, whatever, for pay, that my writing had improved such that I pulled that book out, I threw it away, kept an outline, wrote it over again, and started pitching agents. That was Lowcountry bribe. That was my first book."

Common advice given to new writers is to write what you know. Well, the ideas for the plot of Clark's first book, came right from experience she had had while working for the USDA, and the investigations that followed. Albeit, the story now transformed into a thrilling murder mystery.

"I used what I learned in the government and morphed it into fiction," she says.

She uses her husband, a former investigator with a smooth southern draw, to proof some of the technical lingo in her novels. He's a mild-mannered fellow whom she met, when he was the lead investigator in the case that would later become to plot of her first book "Lowcountry Bribe."

Clark reads to her husband while sitting on her back porch, "...assuming this is a murder, she added, which we cannot say yet, but we've got to determine identity ASAP to start putting these pieces together. Does that logic work?" Her husband nods after listening to that exerp.

C. Hope Clark has written eight novels in total, during her second life career. She spends full-time hours toiling away here in her home office. Scribbled notes, reminders, and ideas scattered purposefully where they can be seen later, that they may give way to the next novel idea, book number nine in this case.

"The book I'm writing now is actually a crossover, and my publisher asked me to do this. I have two series, there's four books in each series. They want the protagonist in each series to meet," she says.

It can be very easy to get wrapped up into a good mystery novel, and it's another level altogether when a reader has access to potential plot locations.

"I use real streets and real locations. People have actually taken my book, and run down the roads, knocked on doors and tried to find where things happened," Clark says. "One lady asked me about one book, there was a death in a barn out on Edisto Island, and she goes, 'I could not find that barn,' and I said I stop where the bodies drop. I don't put those in real places. that's all fiction for obvious reasons," Clark explains.

In addition to her eight novels, Clark has also written two books that focus on giving advice and guidance to aspiring writers. She lives just outside of Columbia, SC.