'It's a family reunion': 2 Fat 2 Fly brings stuffed wings back for one night in Cayce

The team reunited at Steel Hands Brewery for one night to bring the famous wings and the community back together. 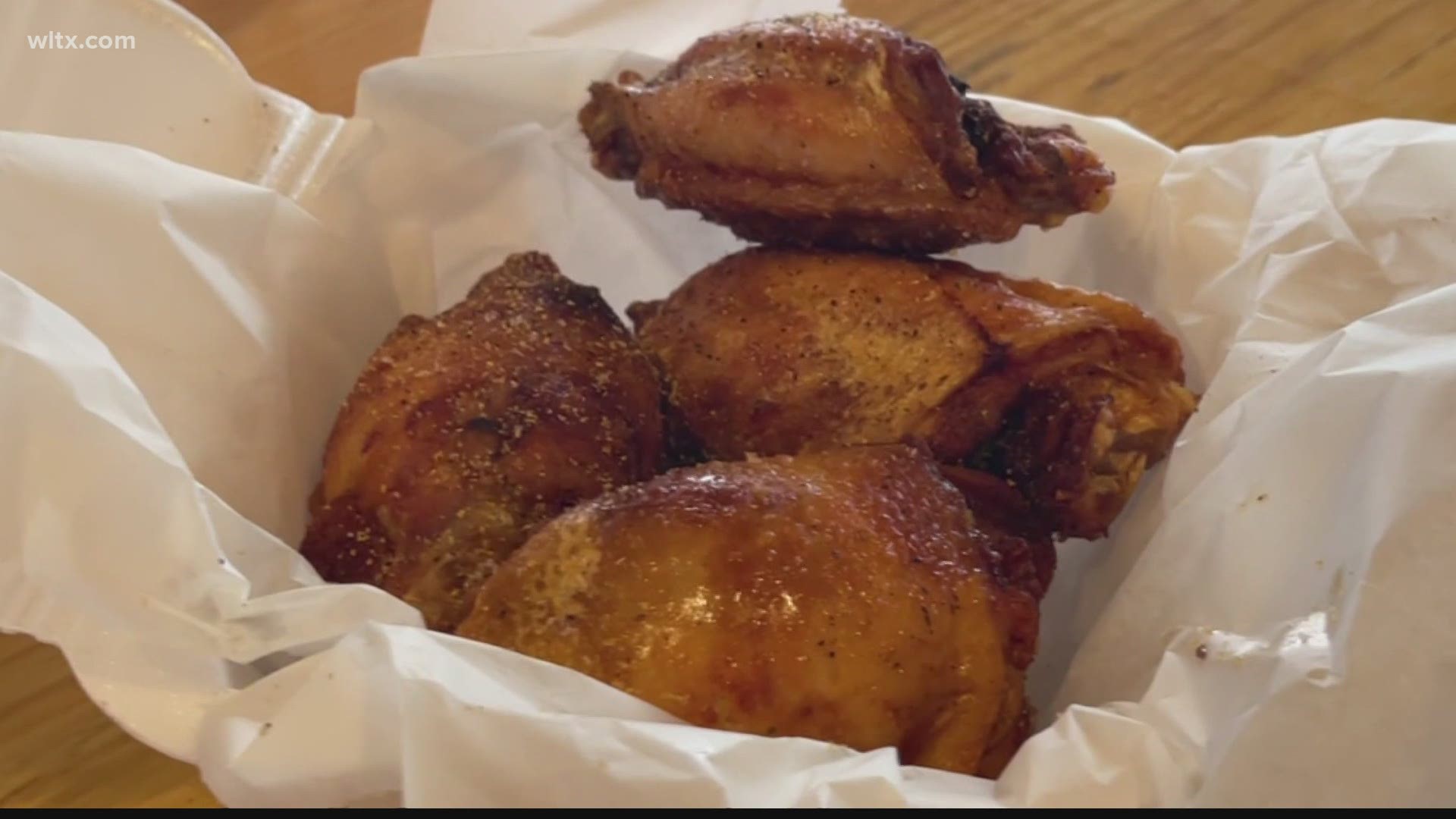 CAYCE, S.C. — The famous 2 Fat 2 Fly crew made a return to the food scene for one night only in Cayce on Thursday.

It's been nearly three years since Ramone Dickerson, Corey Simmons, Sean Coleman, Joey Thompson and Haley Williamson have made their popular stuffed wings. The crew has the secret to stuffing chicken wings with food like macaroni and cheese and jambalaya.

While it's been a couple of years, the team reunited at Steel Hands Brewing for one night to bring stuffed wings back.

They started taking orders at 4 pm but people were lined up an hour before hand. This included Keianna Benson.

"I just wanted to come out and experience it again," Benson said. "We knew the line was going to be long. It's crazy now."

.@2FAT2FLYWINGS is back for the first time in more than three years! They’re best known for their stuffed wings. People started lining up at @Steel_Hands around 3 pm. pic.twitter.com/rHPolIKKDg

With both Thompson and Coleman both currently working at Steel Hands, it made sense to bring the whole team back together at the brewery, to "put two great business together for one night," said Coleman.

Once the announcement was made on Sunday 2 Fat 2 Fly would be back, social media took off. Some people from states away said they would be traveling to Cayce to get the wings.

"To see the response that we got from Sunday to now kind of makes me feel like we did something right," Simmons said.

Dickerson says it's exciting for the team to be back together and to be with the community. "We really missed y'all."

"We've always been about the people and the camaraderie, the customers, the guests. It's never really been about the money," Dickerson said. "I think that's why we've been able to make so many personal relationships within the business with our guests."

"It's really about love, that's what it really all boils down to," said Thompson.

"It's a family reunion!" Williamson exclaimed.

.@2FAT2FLYWINGS is back! They are at @Steel_Hands in Cayce making the famous wings until 9 pm. They're excited the stuffed wings are bringing the community together and enjoying their food for the first time in three years. pic.twitter.com/vQeR4aps5s

As for Thursday night, people enjoyed stuffed wings with macaroni and cheese, jambalaya and more. Folks got a chance to get a taste of the wings until 9 pm.

"We stuffed our lives away over the past three to four days to make sure that everybody can get some of this amazingness," Simmons said. "It's been gone way too long. Come on out. We made sure we had enough for everybody. I'm so excited!"

The team says there will be a next time so be on the look out for their next announcement.