Three more Columbia-area public employees have been fired over remarks they've made on social media. 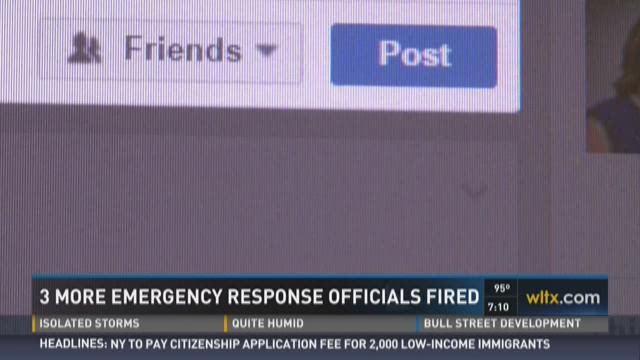 “EMS is called upon to serve citizens in times of duress,” said Interim County Administrator Gerald Seals about the fired paramedic. “The statements on social media were threatening and could be taken as the County having individuals, who because of their bias, may adjust their care – and that erodes public trust and is unacceptable.”

Jenkins said the comments his employees--identified as Dave W. Proctor and Edward Augustyn III--made online dealt with "unprofessional and/or threats on social media."

Proctor was a senior firefighter who'd been with the department for nearly three years, while Augustyn was a probationary firefighter who was hired last February.

On Monday, Jenkins had to fire a fire captain for comments he made about Black Lives Matter protesters in Columbia. Fire officials Fire officials say the latest firings arose out of the investigation into that same incident.

Firefighters say at this point, they have no other information that any other personnel made inappropriate comments.