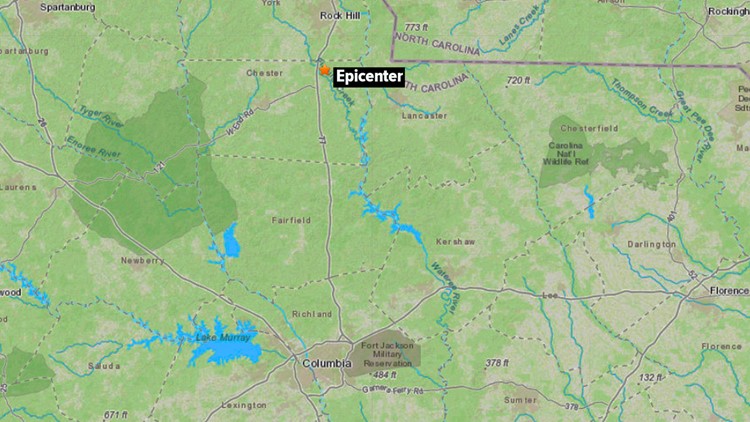 According to the data, the 2.3 earthquake hit just outside of Lesslie, SC in Rock County around 3 p.m. It was roughly .09 km underground, or a little bit more than half a mile.

The earthquake, that hit south of Rock Hill, is one of multiple earthquakes in South Carolina this year including Cayce and Kershaw County. According to the USGS website, an earthquake categorized as a two on the moment magnitude scale rarely causes damage and shaking would be 'weak.'

RELATED: 3 earthquakes recorded in Cayce over the last two months

Earthquakes happen throughout the state but most occur near the coast.. Approximately 70 percent of earthquakes are in the coastal plain, with most happening in the Lowcountry.