Every month for 25 years, Sharon Alexander and her husband put money away for retirement. In just three days, it was gone. 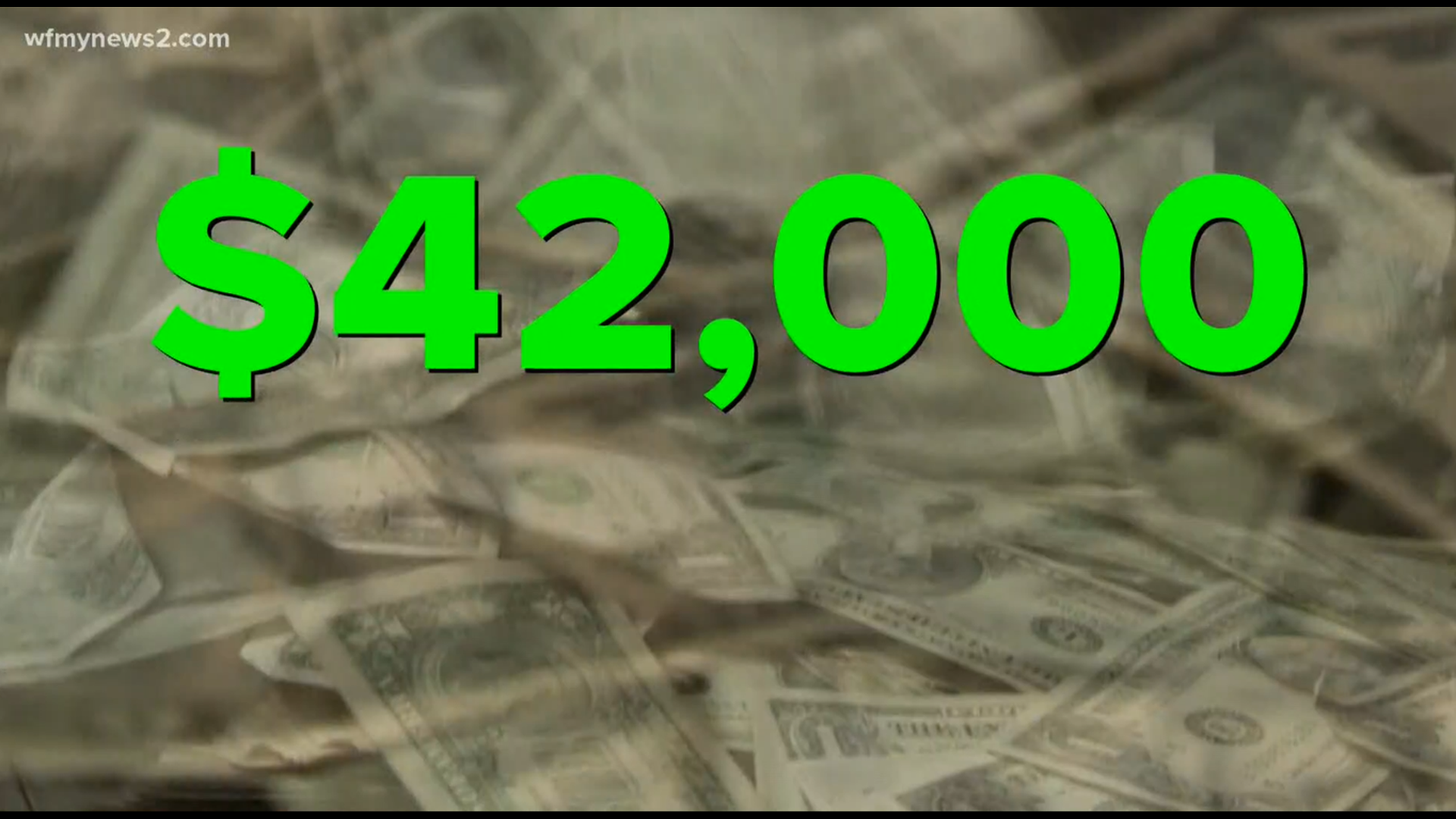 RANDOLPH COUNTY, N.C. — Life was going pretty well for Sharon Alexander and her husband. Both had retired several years ago and were enjoying their time together.

While retirement has its advantages, you do have to watch your spending. The couple lives on a fixed income. They collect social security and have a nice chunk of money set aside in their savings and checking account for special events or an emergency.

“That money is all we have,” Alexander said.

Earlier this year, Alexander was on her laptop when she received an alert. A flashing box appeared and seconds later, her phone rang.

“The man said he was with Microsoft, working with Truliant Federal Credit Union,” Alexander said.

A few days later, Alexander said she received a fraud alert from Truliant. This time the alert was real.

“I called (Truliant) and that’s when they told me apparently somebody had scammed my account and my savings,” Alexander said.

The criminals went on a massive spending spree in California, racking up more than $42,000 in purchases. By the time they were done, Alexander’s accounts were overdrawn, all the money she had was gone.

“All I know is they had my PIN number and had my (debit) card cloned, I guess,” Alexander said.

As soon as she discovered the problem Alexander contacted the Randolph County Sheriff’s Office. A fraud investigation was immediately started. Detectives worked with the credit union in hopes of catching the criminals. It didn’t take long for detectives to figure out most of the money was spent at different stores in California - the crooks most likely buying thousands of dollars in gift cards.

Detectives were able to reach out to a Walmart store where most of the purchases were made. Investigators were able to review security footage of the suspects. The cameras did capture the crooks, but it did not prove useful.

“The only reason they could not identify them is that they had COVID masks on,” Alexander said.

While detectives continued with the criminal investigation, Truliant started one of its own. The credit union tried to figure out exactly what took place. A few days would pass before a representative reached out to Alexander.

“When they called me, they politely told me I was not covered and I would not receive any of my money back,” Alexander said.

It was the worst possible news for a couple that had saved that money for years.

“I was devastated because we had things set up that we saved for a long time,” Alexander said.

In 2019, fraud losses in the U.S. totaled almost $2 billion, most of that involved identity theft and cybercrime.

Not exactly sure of what to do next, Alexander reached out to WFMY News 2 in hopes of a miracle. After getting all of her information, we directed her to My Credit Union in hopes someone there could help. We also contacted Truliant and spoke with a representative.

A couple of days later, Alexander received an email from Truliant notifying her the National Credit Union Administration (NCUA) Consumer Assistance Center had contacted them regarding the fraudulent charges.

In the email, Truliant agreed to reverse the fraudulent charges and refund all the money.

“I credit it all to you guys, (News 2). Nobody else got me anywhere near what you got me,” Alexander said.

We did follow up with Truliant wanting to know how something like this could happen in the first place, and why wasn’t the account frozen before the money was drained?

Truliant was quick to get back with us but did not answer any of our questions citing client confidentiality. The company did, however, send us a statement.

“Truliant has strict controls in place to protect and monitor member accounts. We are unable to disclose details of individual member accounts and refer further questions about this matter to law enforcement.”

Alexander may never know who committed the fraud or how they were able to access her accounts and drain all her savings. What she does know is that all her money is back in her account and that’s a pretty good feeling.