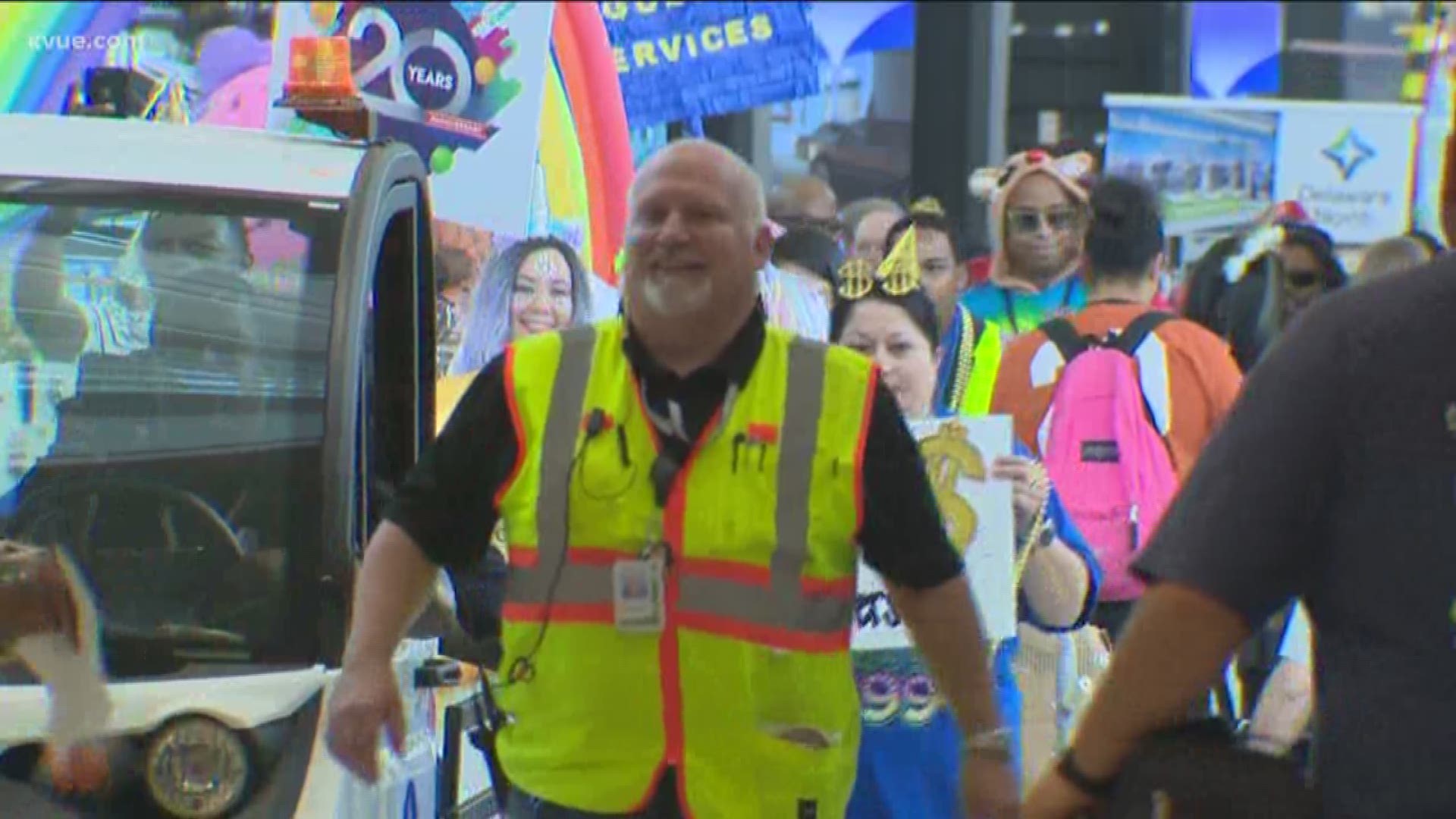 AUSTIN, Texas — The employees of Austin-Bergstrom International Airport had something special to celebrate on Thursday – the airport's 20th birthday.

Employees celebrated the two-decade anniversary in style with a brass band, floats, banners and even a few unicorns, as they paraded through the Barbara Jordan terminal.

The parade kicked off at 11 a.m. near Gate 5 and employees stopped along the way to hand out goodies to travelers, also thanking them for choosing to "Fly Austin."

More than 150 employees, as well as five dogs, represented the City of Austin's Aviation Department, several airlines, businesses and concessions through their participation in the parade. Dressed in colorful costumes, they marched on to Gate 18, wrapping up the parade with a final chant of "AUS!" and by enjoying cake and games with nearby travelers.

ABIA opened up on May 23, 1999, as the last airport built in the 20th century. It was constructed in the footprint of Bergstrom Air Force Base, replacing the Robert Mueller Municipal Aiport that had served Austin's passengers for more than 60 years.

At that time, the new airport was designed to meet the growing need of Central Texas flyers, with more than 6.6 million passengers traveling to 29 nonstop destinations across the U.S. within its first year of operation.

By the year 2018, more than 15.8 million passengers traveled through ABIA to more than 70 destinations across North America and Europe. Today, the airport supports more than 74,000 jobs and has generated an economic impact of more than $7.6 billion in 2018.

More information on the future of ABIA can be found in the airports 2040 Master Plan.