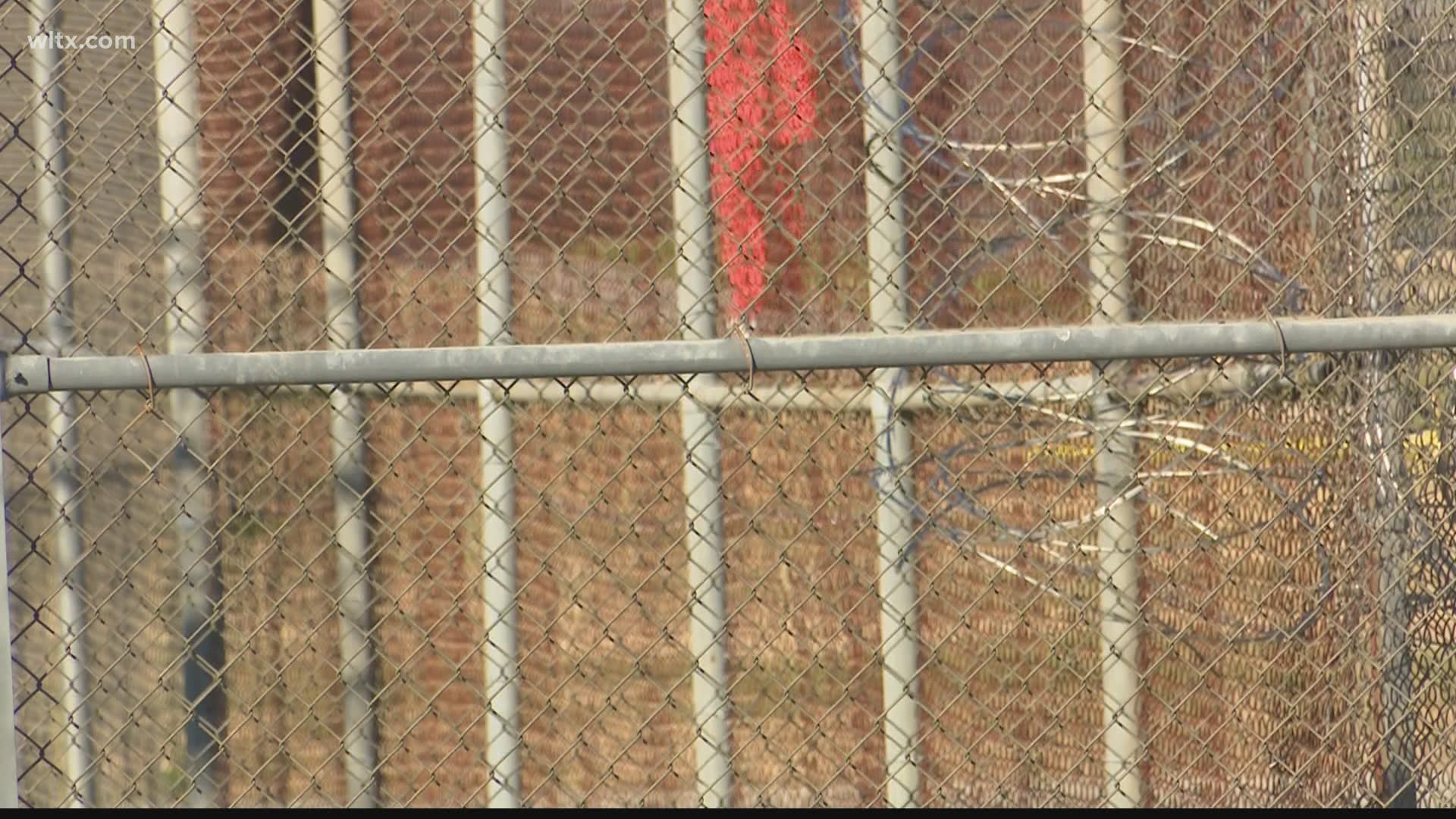 COLUMBIA, S.C. — The U.S. Attorney in South Carolina says federal prosecutors have busted up the largest racketeering case in state history, a 'sprawling criminal enterprise' involving inmates in state prisons who were conducting murder and major drug deals behind bars.

U.S. Attorney Peter McCoy Jr., along with over a dozen law enforcement officers in the state, held a news conference outside a Columbia prison Thursday to make the announcement.

"To anyone who would try and harm the people of South Carolina, we're coming after you," McCoy said.

The investigation has been running for three years, and has taken cooperation from multiple agencies.

In the 101-page indictment, prosecutors lay out the case against 40 suspects who are facing different and sometimes overlapping charges.

The document claims several prison gang members ran a drug empire using contraband cell phones and other means. They group would order violent retaliation against anyone they thought was giving information to law enforcement about their drug money and money owed to the gangs.

Its estimated the gangs were trafficking $50 million in meth a year for the last three years. 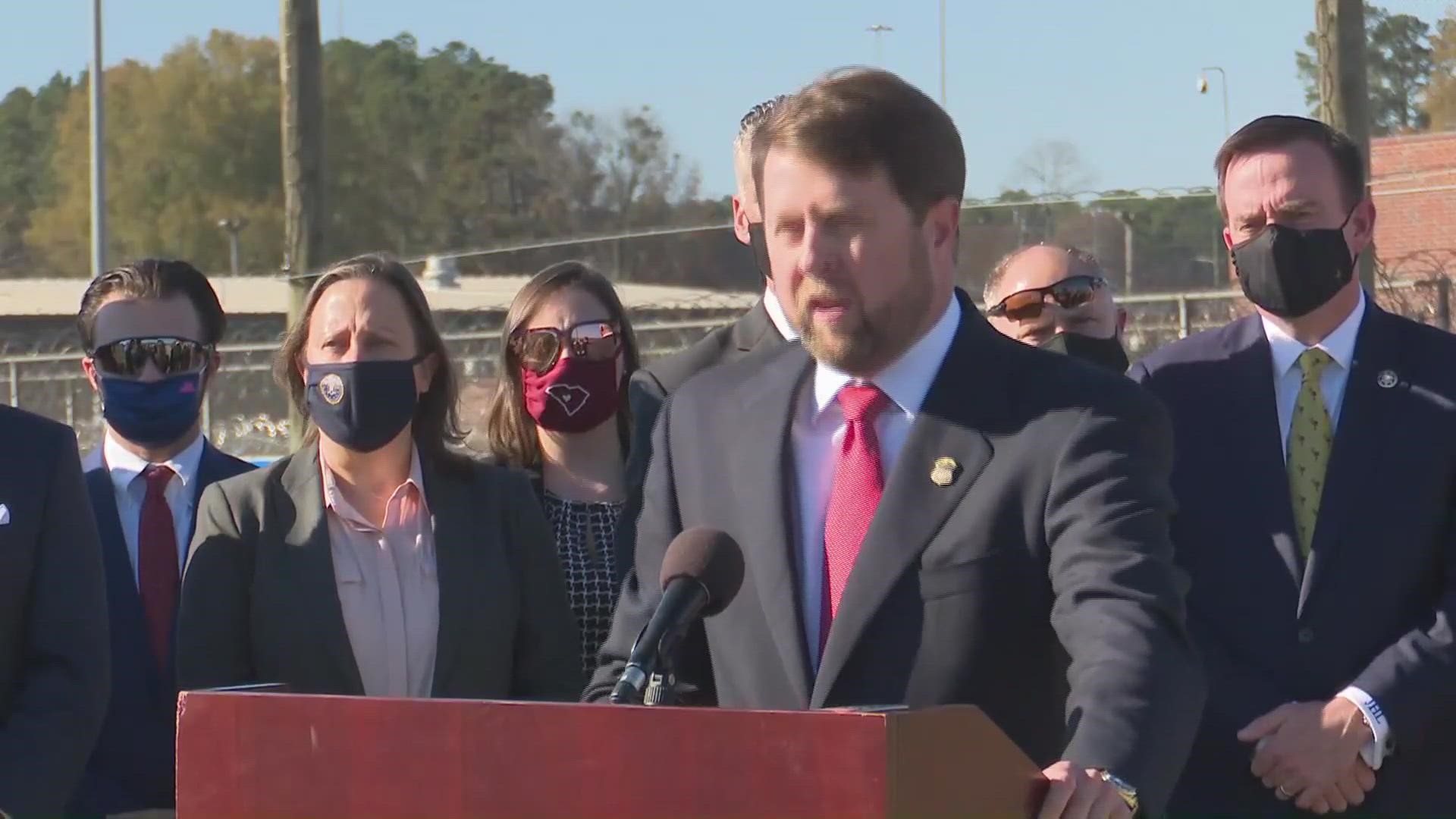 Among the killings believed to be involved an inmate murder in 2017 and a drive-by shooting in Greenville back in January of this year outside prison walls. The acts of violence were carried out by fellow gang members on the outside.

There were also kidnappings and shootings. During the course of the probe, 130 firearms were seized, including a machine gun.

Additionally, the 101-page indictment alleges that to perpetuate the enterprise and to maintain and extend its power, members and associates of the gang committed, attempted to commit, and conspired to commit, additional acts such as armed robbery, extortion, arson, assault and battery, drug trafficking, money laundering, and obstruction of justice.

“This was a complex, multi-jurisdictional investigation aimed at taking down an alleged criminal operation of historic reach in our states,” said ATF Special Agent in Charge Vince Pallozzi. “The brazen criminal acts charged fueled gun violence and drug trafficking in numerous counties and cities. To shut down this alleged operation is a major win for public safety in South Carolina.”

What could put a stop to future similar operations, officials say, is cell phone jamming to block signals in state prisons.

Federal prisons allow it, but not state correctional facilities. This is thanks to a law from nearly 90 years ago.

"The FCC can stop people from dying. They can do it," said Richland County Sheriff Leon Lott. "I hope in Washington somebody's sitting behind a desk...hearing about people dying because they won't get off their butts and stop the use of these phones behind these fences in prison walls."

Last year, the Cell Phone Jamming Reform Act was introduced in the Senate with Senator Lindsey Graham as a co-sponsor.

It did not get a hearing.

"I'm calling today for Congress to hold a hearing," said Bryan Stirling, Director of the South Carolina Department of Corrections (SCDC). "I want the cell phone industry to raise their hand and talk to Congress about why they are against jamming."

In 2016, SCDC found just over 7,000 cell phones and parts in their correctional facilities. Stirling says this year, they confiscated over 4,000 cell phones.