John Sims, an artist-in-residence, is speaking out after Columbia Police officers handcuffed him, thinking he was an intruder. 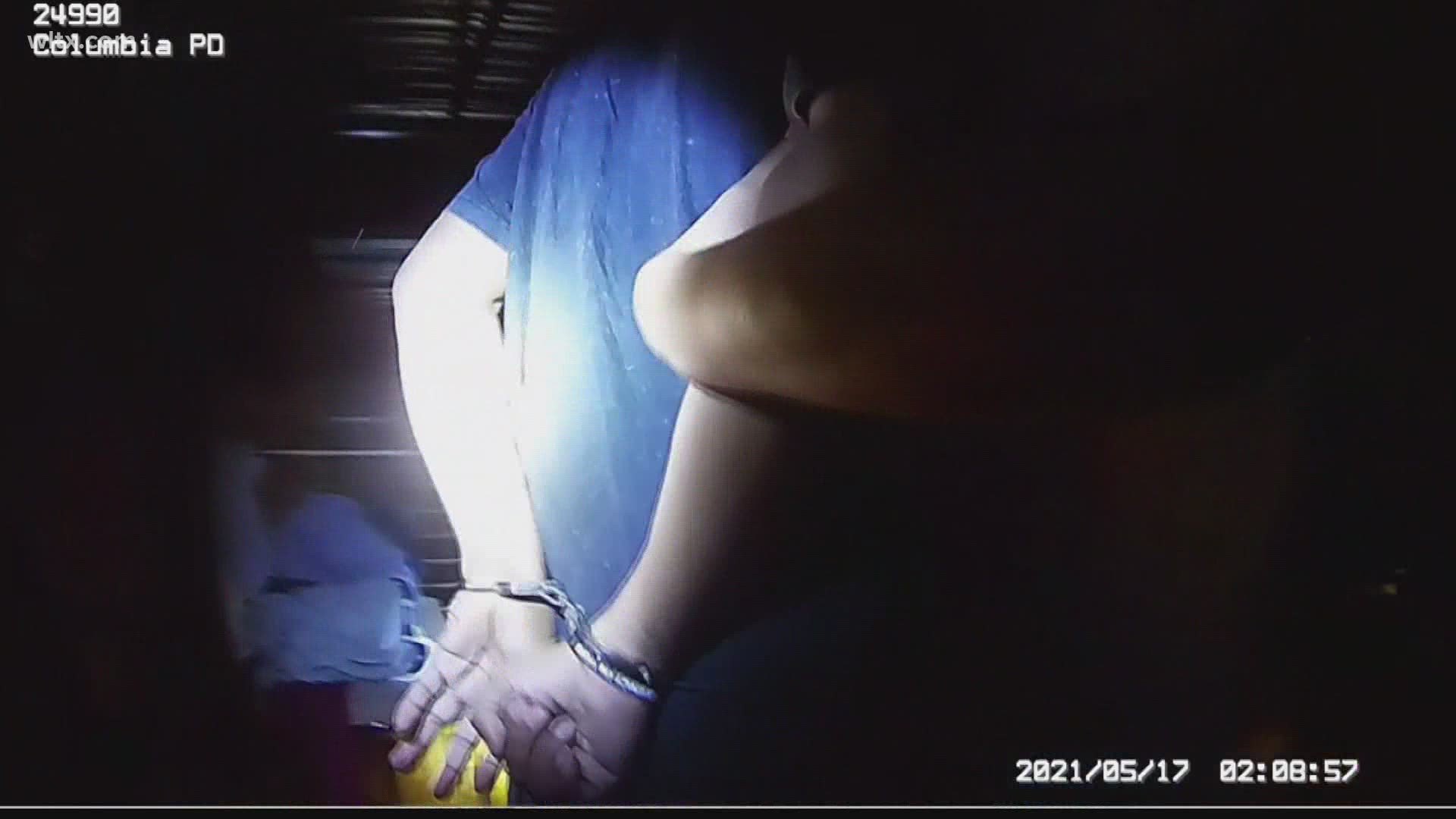 COLUMBIA, S.C. — An artist is speaking out after Columbia police officers put handcuffs on him on Monday. Officers believed the artist was an intruder at 701 Center for Contemporary Arts (CCA) on Whaley St.

According to a statement from the Columbia Police Department, officers noticed the main door into the building was propped open at 2 a.m.

Police say the patrol officer was joined by other officers before conducting a search in the building to check for crimes in progress or anyone in distress. Following the department's protocols, the officers entered the building with guns drawn.

Before heading to the second floor of the building, officers repeatedly shouted commands for the person to come out and identify themselves.

While searching the building, the police officers woke Sims up.

"I saw lights in the window. I’m thinking-they’re coming from outside," Sims said. "I’m thinking they’re protesters, confederate, neo-Nazi’s, white supremacists coming in the space, responding to my work, coming to my show."

Sims' apartment is near the art gallery where his work is displayed. The theme of his latest project is political activism. He has created art that displays different designs of confederate flags, and the flags hanging from a noose.

After the officers entered Sims' residence, the artist made himself visible to the officers. He asked what was happening and the officers shouted to show his hands and to face away from them.

With guns still drawn, officers approached Sims in his loft and put him in handcuffs.

"Why do you live here," one officer asked.

The body camera footage showed Sims was handcuffed for nearly eight minutes before being released. He said based on the situation, this was the best outcome.

"I could’ve been shot," Sims said. "I could’ve been killed if I moved the wrong way, if I have a medical condition, or I’ve been sleeping, I was startled. We see countless individuals who don’t survive. I am happy to still be alive."

According to CPD, the officers did not know 701 Whaley was available to artists-in-residence.

Michaela Pilar Brown is the Executive Director of 701 CCA. She said this isn't the first time an artist-in-residence has stayed there.

"We’ve been open for 12 years," Brown said. "And in that time, we’ve always had an artist in residence, and I believe there have been apartments in this space in that time."

In the release from CPD, Police Chief Skip Holbrook said he reviewed the situation and concluded that "CPD officers conducted themselves professionally and within policy. The only misstep was when the on-scene supervisor did not agree to allow the artist to take pictures of officers."