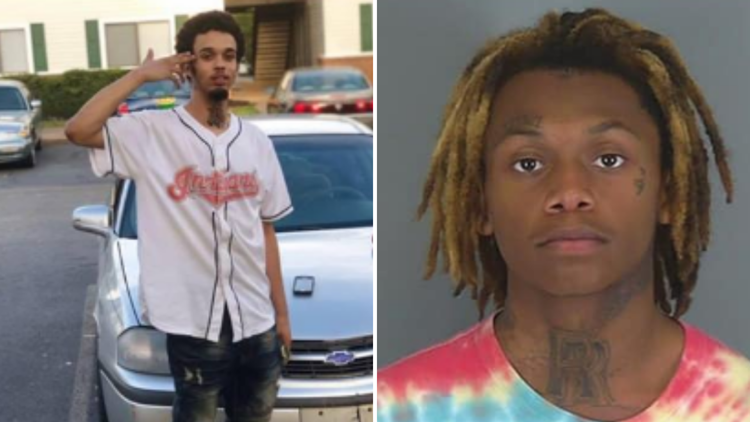 A child was nearly shot when these SC men played with a gun, police say

WELLFORD, S.C. — A tragic incident was narrowly avoided Friday when a gun was discharged in a South Carolina apartment.

Wellford police say two men were playing with a handgun at Monarch Apartments when it went off. The bullet traveled through the apartment's wall and almost hit a small child.

One of the suspects, Courtney Carrmel Jenkins, was arrested at the apartment and charged with malicious injury to personal property and a city ordinance violation.

However, Braden Powell, pictured on the left above, is still wanted in connection to the incident.

Both suspects will face additional charges when the investigation is complete, according to a Facebook post by the department.