The News 19 Vote Squad wanted to learn the make up of South Carolina voters, more specifically who voted red and blue in the presidential race. 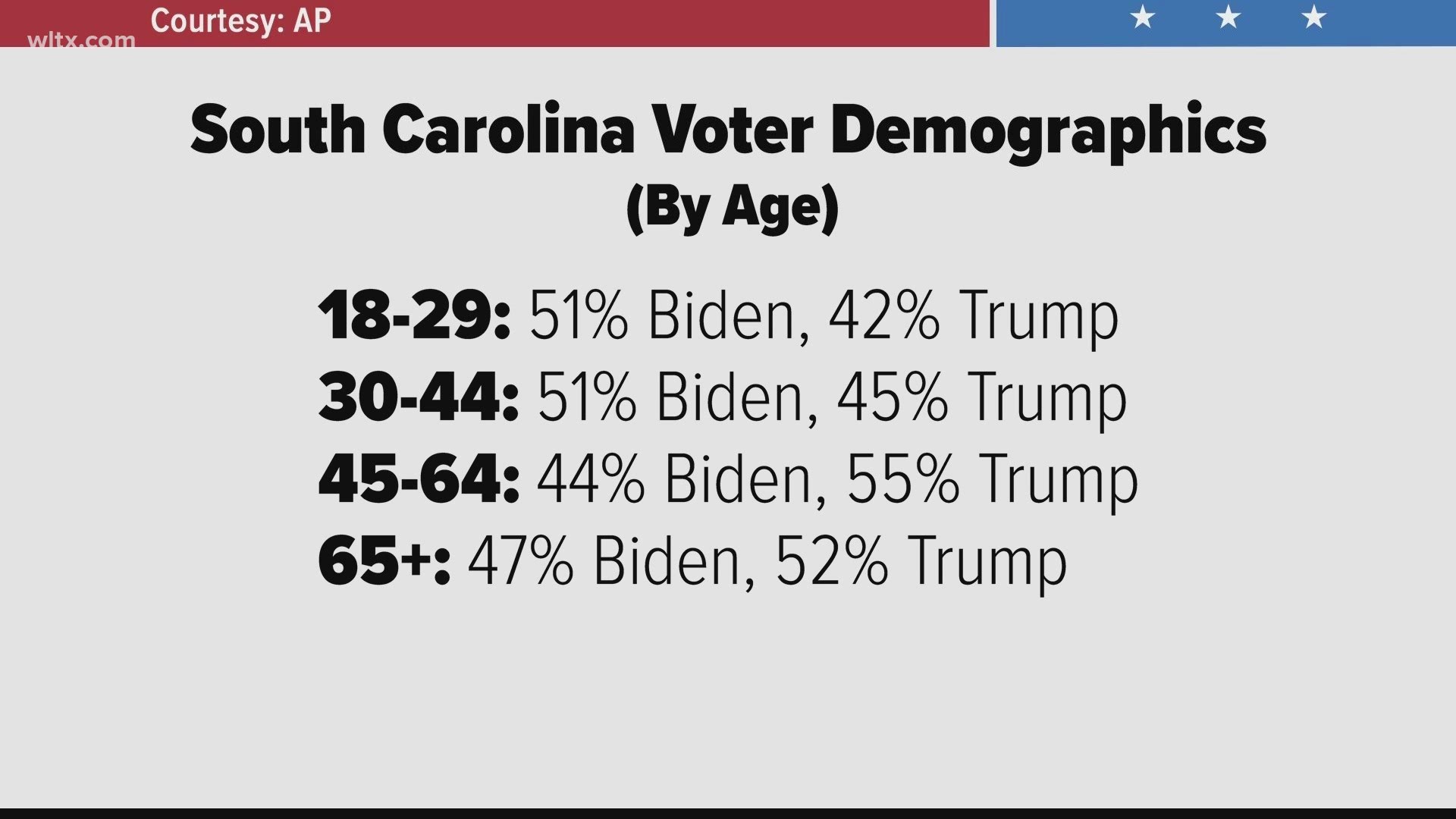 COLUMBIA, S.C. — The News 19 Vote Squad is taking a closer look at how South Carolina voted during the 2020 presidential election.

We're learning more about the make up of South Carolina voters, and who voted blue and red in the presidential race.

Both the GOP and the state's Democratic party say their end result boils down to certain demographics.

"We've had another presidential election where we have raised that number even higher, his level of support here in South Carolina even higher and even broader. Even in terms of demographics; More Hispanic support, more African-American support for the president," said Drew McKissick, Chairman of the South Carolina Republican Party.

"One of the keys to going forward is trying to make sure that we go back and communicate in the African-American community well before an election. Also we are going to have to do some work with women, specifically white women in the upstate. That's a key demographic that I think bolted," said Trav Robertson, Chairman of the South Carolina Democratic Party in a press conference Wednesday.

Taking a closer look at education and race among voters, regardless of their education status, more minorities in the state favored Joe Biden while more white South Carolinians favored President Trump.

Among the different age groups, more of the younger vote favored the Biden ticket while voters 45 and older favored the Trump ticket.

"I want everybody to listen," said Robertson. "We are in the process of rebuilding the party in the state, we are recalibrating and we have created the organization by which we are going to continue to build."

Looking at various communities across the state, 55% of the urban vote favored Biden. The suburbs were close, but the majority voted for President Trump as did more voters in small towns and rural areas.

"For President Trump, I believe the number was around 26% in terms of his share of non-Caucasian votes nationwide, which is the highest since 1960 for any Republican presidential nominee," said McKissick.

The state GOP says the number of straight ticket Republican voters nearly doubled from the last election two years ago.