A closer look at the 'Boogaloo Bois,' the men in Hawaiian shirts at protests 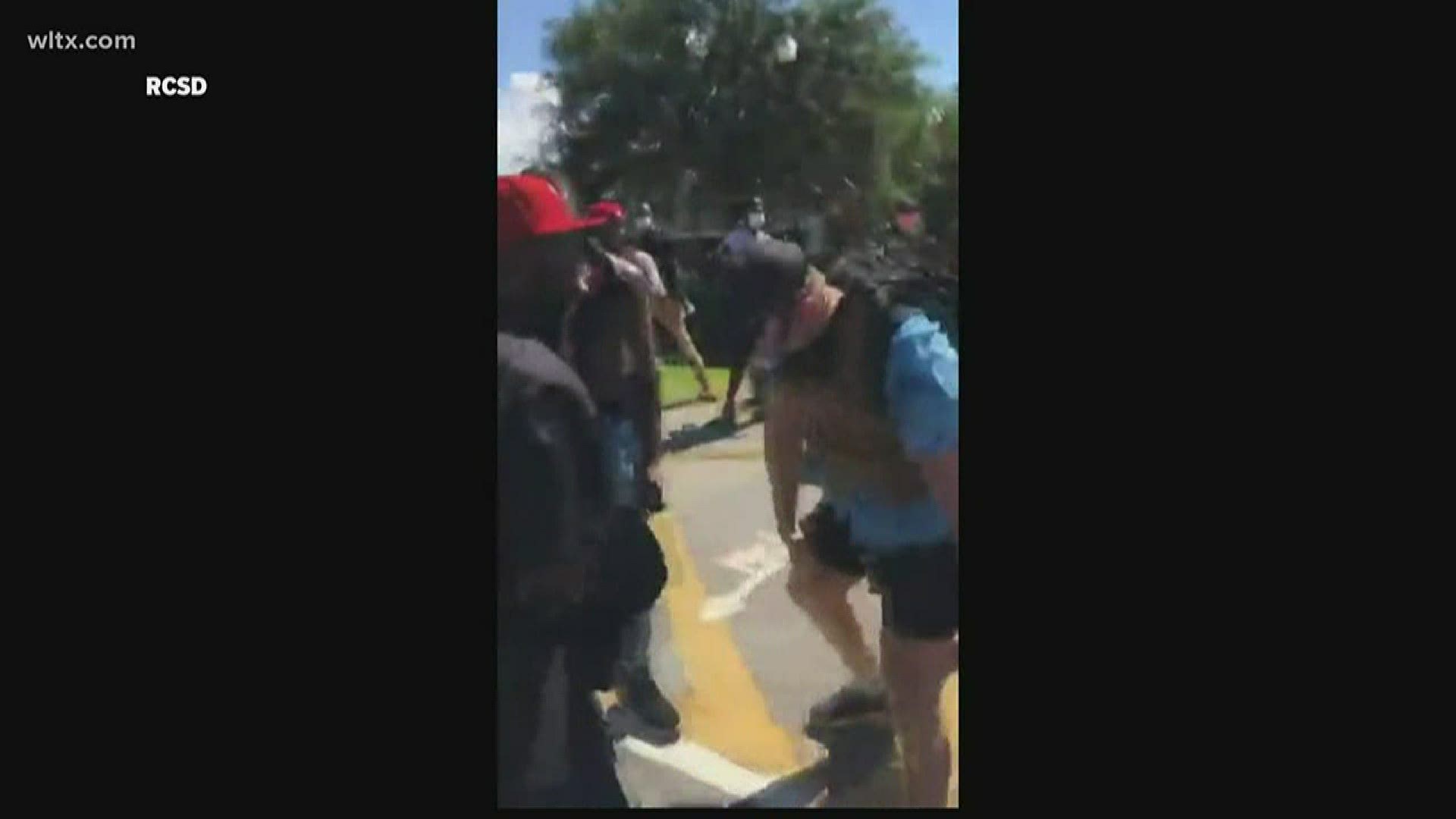 COLUMBIA, S.C. — The Richland County Sheriff's Department has made a fifth arrest of an alleged 'agitator' at a protest that turned violent in downtown Columbia Saturday.

Joshua Barnard, 24,  faces charges of breaking into a car, looting, larceny, aggravated breach of peace and instigating a riot.

Authorities say Barnard is the man caught on camera Saturday stealing a police jacket while wearing a blue Hawaiian shirt.

Richland County Sheriff Leon Lott says that attire could be associated with a violent anti-government resistance radical group that calls themselves the 'Boogaloo Bois'.

"The Washington Post had a big article yesterday about men in Hawaiian shirts showing up to these protests," said Lott in a press conference Thursday.

Lott believes Barnard, given his actions and attire at Saturday's protest, could be involved.

"There's a lot of information that he could be a part of the Boogaloo organization," said Lott. "It's a very radical group. Their mission is to create a new civil war."

The loosely organized group claims to be an anti-government movement that advocates for a violent uprising targeting liberal political opponents and law enforcement.

Dr. Katherine Barbieri, an Associate Professor of Political Science at USC, has researched groups similar to the 'Boogaloo' organization.

"I see similarities between this group and others," said Barbieri. "What they're really trying to do is attack and destroy the society in which they're operating...It looks like this group in particular is trying to intervene into the protest movement to create more disruption and perhaps to make it look like it's the 'Black Lives Matter' group that's perpetrating the violence."

News 19 captured Barnard in our footage from Saturday's protest.

At one point, he's seen standing with a group of men in Hawaiian shirts. One man in the group held a sign that said "Black Lives Matter".

"Extremist groups operate in a clandestine way, so they're able to infiltrate groups themselves to become members of a particular group or just to blend with the remainder of the group," said Barbieri. "That's deeply troubling for all those who are committed to non-violent protest if they have people among them who are trying to incite violence. You have to question their motives."

Sheriff Lott says he spoke with Barnard at the protest Saturday.

He says the group of men claimed they were asked to provide security for the event. News 19 reached out to the organizer of Saturday's protest, and he says this claim is false.

"If you're in any particular group, you have to be somewhat suspicious of the motives of those around you," said Barbieri. "If others encourage you to engage in violence, recognize they may be doing it not because they're part of a movement you believe in, but they're part of something that's trying to undermine your movement."