A glimpse inside the children's bedroom where car crashed into home

The incident happened Monday just before 11:30 p.m. at the Richland Terrace Apartments 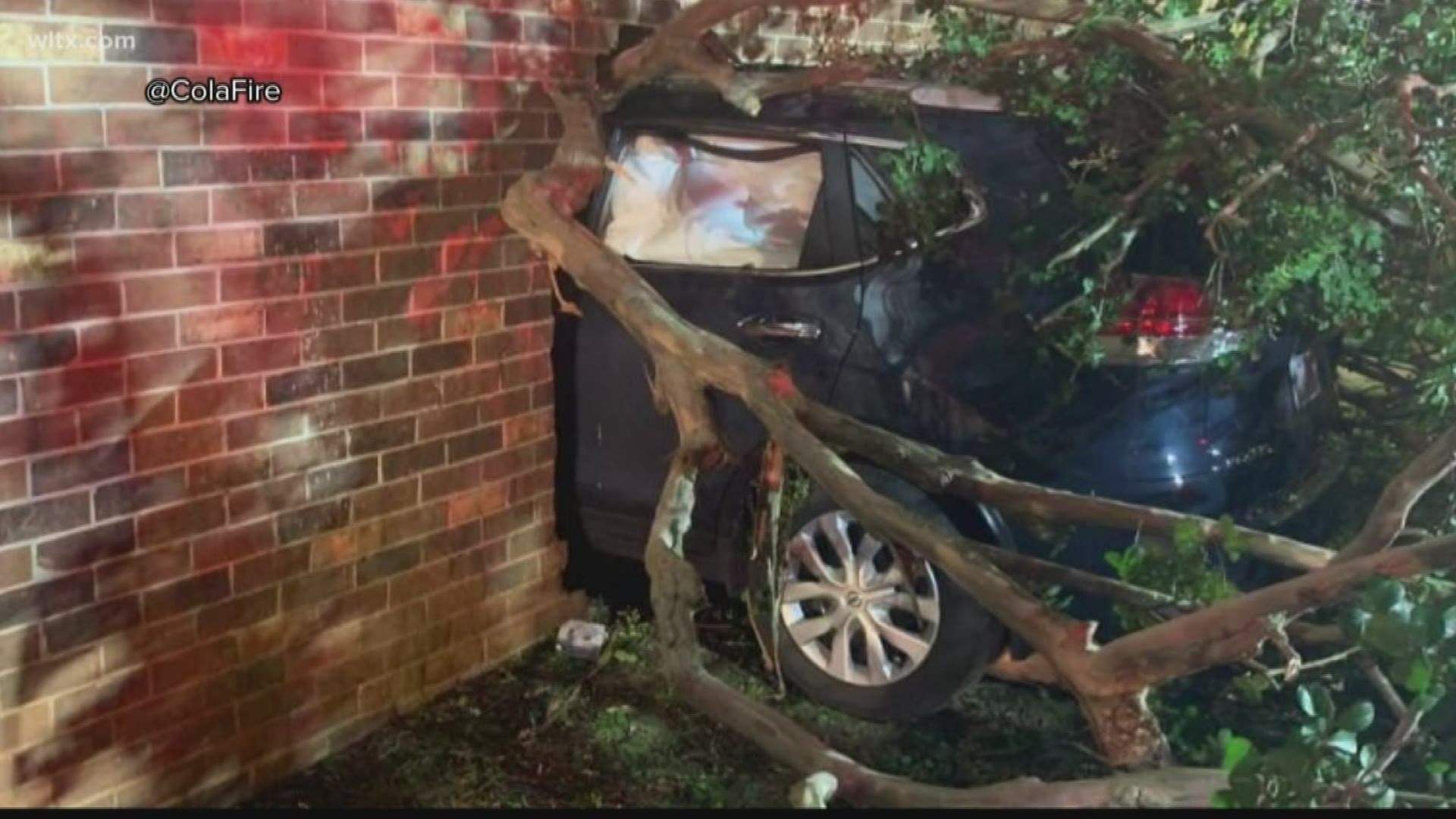 Columbia, SC (WLTX) -- A Columbia family says they're lucky no one was hurt after a car plowed through their home.

The incident happened Monday just before 11:30 p.m. at the Richland Terrace Apartments off Metze Drive and Broad River Road.

Thursday, homeowners gave News 19 a look inside the children's room where the crash happened.

At first glance, it looks like a tornado ripped through. Mangled furniture, clothes and glass from the side door are scattered on the ground.

In between, you can see pieces of the car twisted inside the mess.

Family members say typically the kids would have been sleeping, but that night they got hungry and were eating in the kitchen when the car made impact.

We're told the driver hit the gas instead of the brake.

The homeowners were hesitant to speak on camera, so we learned from their neighbor about what she witnessed after the crash.

"I was actually standing in the living room about to feed me and my son, and all of a sudden it sounded like a firework went off," said Jade Gunn, who lives next door to the family. "I take my son upstairs to put him in a safe spot and I see flashing lights out my window, so I'm like, 'What the heck is going on? That clearly was not a firework'...I come outside and there's a car in the wall."

"They were fine. I was happy about that, but I was like how do you go past a speed bump and still crash your car through the brick?" said Gunn. "It's not like you just hit it and backed off, you went through the brick, so you had to have been going at least 60 miles an hour."

Now, the hole in the apartment is boarded up, and tree limbs from out front are set aside waiting to be moved. The car took down the entire tree in the crash.

"Four years ago, somebody ran their car into the building when I first moved in, but it was in the front of the apartments. It wasn't back here...but I just think it's too much, I think I'm gonna move," said Gunn.

Apartment officials moved the family to another unit on the property, and the Red Cross helped out, too.

The homeowner tells us she just bought her children new clothes for school, but lost practically everything days later.

"What if it actually hit her children? But it didn't, so I'm grateful. They're out here playing like nothing happened. I'm cool about that. As long as the kids are ok and my neighbors are ok, I'm a happy camper," said Gunn.

At this time, there's no word on if charges will be filed. The Highway Patrol is still investigating.

If you'd like to help donate any children's clothes or furniture to the family affected by this incident, the homeowner gave News 19 permission to share her phone number: 407-879-4965.