A Playground Where You Can Swing, Even If You're In A Wheelchair

Going to the park holds a special place in the hearts of children, but if you have special needs, participating in the fun isn't always possible. One city is trying to change that. 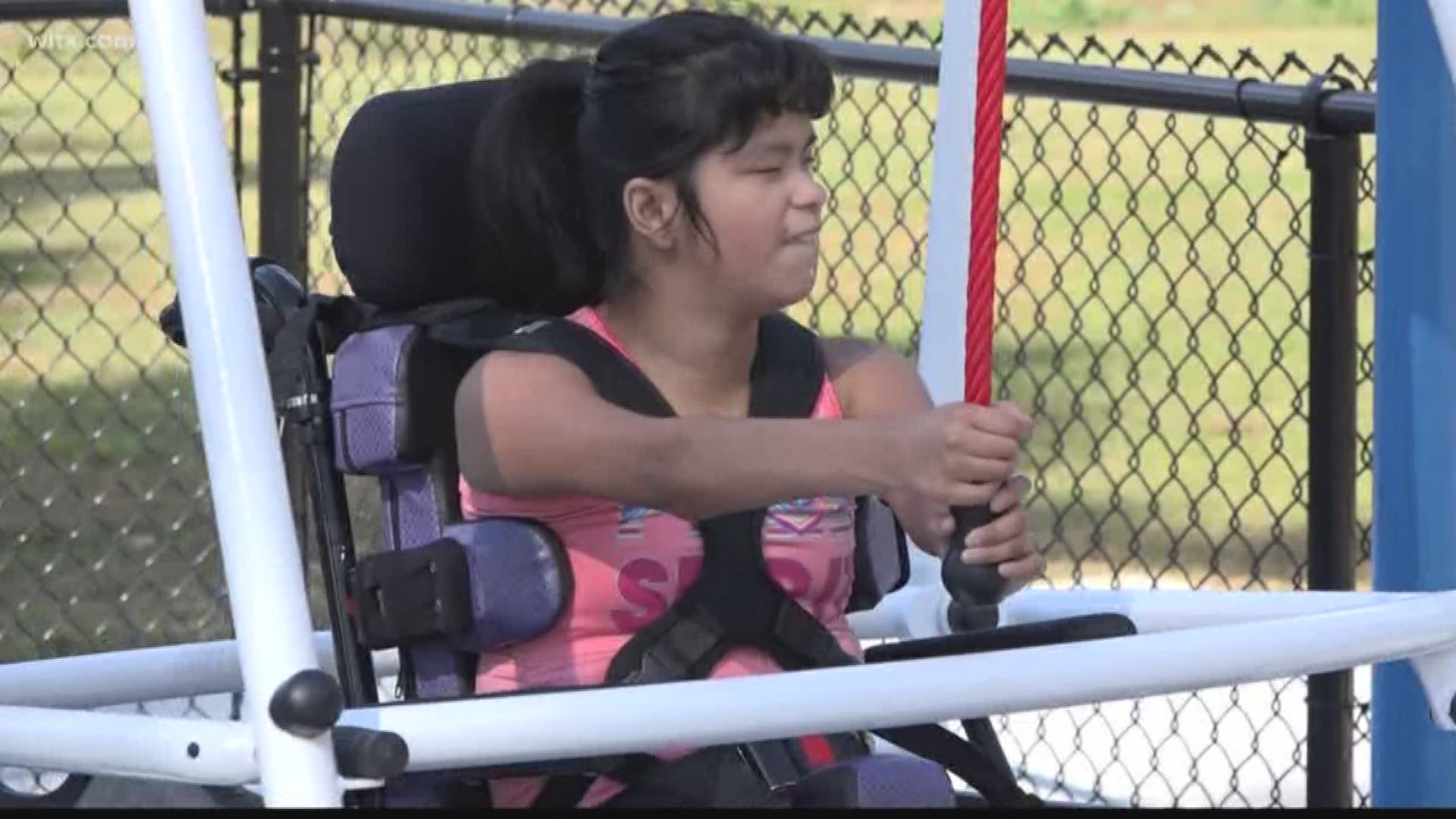 Newberry, SC (WLTX) - Through the eyes of a child, the playground can be magical.

Climb up the stairs and you're the captain of a pirate ship, an explorer squeezing through small spaces, or on the swings feeling like you can fly.

Itzelt Meza can't see that through her eyes, though. She's in a wheelchair, and all she can do is watch her brother and sister.

"She has her hand over her face, she has her head down," said her mother, Nicole Rivera.

Rivera says as her mom, that's hard for her to see.

It's families like this that gave Newberry's parks and recreation director Scott Sawyer a vision.

"We can offer something to them they they can have fun," Sawyer said.

That vision of fun is a swing set made specifically for children in wheelchairs.

"This is something many of them may never have been able to do before," Sawyer said.

Thanks to money from a state grant, these wheelchair accessible swings at Marion Davis park were shipped all the way from Scotland.

Now, it's Meza's siblings turn to watch her.

Rivera says watching her daughter fills her with a feeling hard to explain - and that's magic.

Sawyer says there are instructions for the wheelchair swing at the park, and that parents who want to use it can contact the city of Newberry for an access key.